Niantic Labs makes Ingress, a sci-fi themed AR for Android and iOS that lets online players complete tasks in real-world locations. Players can play for two factions and establish "portals" at real-life landmarks -- like museums, train stations, and stores -- then connect them to create "control fields" across certain areas. Companies can pay to promote their businesses as portals to attract more customers. 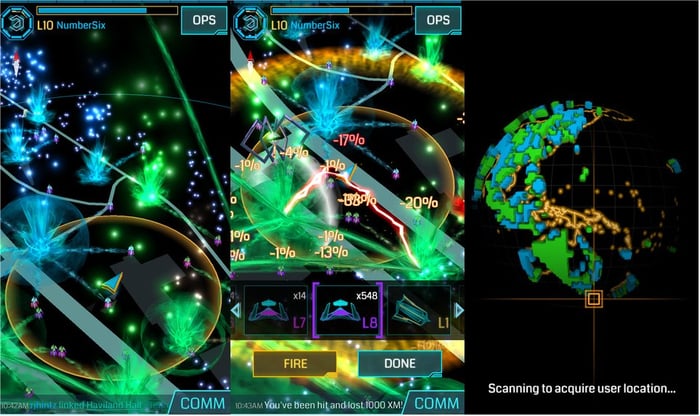 Ingress has been downloaded over 12 million times, and its popularity has attracted over 250,000 people to live events worldwide since 2013. Niantic's other product is Field Trip, a location-based mobile app that launches informative cards when a user reaches a point of interest.

Why Google is spinning off Niantic Labs
Niantic Labs states that it plans to reach "even bigger audiences" by working with new "collaborators and backers" in addition to Google, which will remain a major investor.

This move makes sense for two reasons. First, Google's transformation into Alphabet will provide more financial transparency on side projects like AR and "moonshots" like driverless cars. Since Niantic is likely much less profitable than Google's core advertising business, it makes sense to spin it off from Alphabet's bottom line but retain it as an investment. Second, Niantic Labs can gain more funding from additional investors. This will help it grow much faster than it could with just Google's financial support.

Niantic Labs won't be Google's only investment in the AR market. Last year, Google led a $542 million round of funding in Magic Leap, which is developing an AR headset for gaming. The device, comparable to Microsoft's (NASDAQ:MSFT) HoloLens, projects interactive digital objects into the real world to "augment" a user's surroundings. Magic Leap's other notable investors include Qualcomm, Andreessen Horowitz, and Kleiner Perkins.

The reason is that the AR market consists of a wide range of "reality enhancing" apps for location-based services, e-commerce, communication, gaming, or enterprise tasks. As Ingress demonstrates, AR isn't simply about projecting 3D images into the real world -- it can also enhance it with imaginary digital borders. Meanwhile, the VR market is expected to mostly consist of video games and media played in an enclosed headset.

Real and virtual worlds
This makes AR devices and apps more practical for real-world usage while VR headsets will likely remain in homes and customized viewing environments. But hardware makers might eventually design combination AR/VR headsets  that can transition between the two worlds and blur the lines between both markets.

Google's industry rivals also believe in the growth of the AR market. In May, Apple (NASDAQ:AAPL) acquired German AR start-up Metaio, which develops AR software for major clients like Audi and IKEA. That move fueled speculation that Apple would launch a HoloLens-like device in the future. That same month, Microsoft hired Mass Effect director Casey Hudson to create gaming experiences for the HoloLens. A month later, the company showcased a table-top AR demo of Halo 5 for HoloLens at E3.

What AR means to Google
If more people use AR apps and devices, Google can mine more data from its users. Ingress and Field Trip, for example, were both built on top of Google Maps. A user's actions in those apps can be recorded through a linked Google account, which gives the company more information to craft better targeted ads. 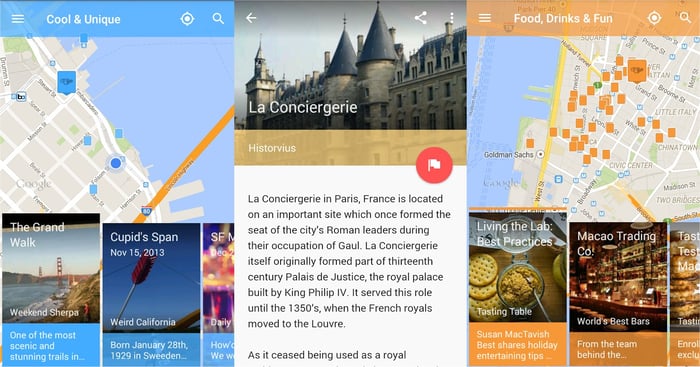 If AR headsets become as ubiquitous as smartphones, Google can promote nearby businesses, based on user interests, on those displays. But based on the failure of Google Glass, it's unclear if AR headsets will ever gain mainstream acceptance. Instead, the near-term future of AR might depend on niche enterprise applications or more subtle smartphone games like Ingress.