Sprint (NYSE:S) plans to drop traditional two-year contracts by the end of the year, replacing them with an enhanced phone-leasing program.

The company will, of course, still allow people to buy their phones outright and it will still offer financing, but its goal is clearly to get as many people to lease their handsets as possible. This continues an industry shift away from the long-standing model when people paid around $200 upfront for a top-tier phone on a two-year lease where the carrier recoups the subsidy during that contracted period.

Sprint's efforts, however, offer a new wrinkle to the no-contract policies already adopted by T-Mobile (NASDAQ:TMUS) and Verizon (NYSE:VZ). By pushing leases, the fourth-place wireless carrier makes it easy for customers to always have a top-of-the-line phone while putting them into an endless payment loop.

It's a brilliant plan if the lure of always having the latest and greatest smartphone is enough to convince users to forego ownership and building equity.

What is Sprint doing?
The company plans to phase out contracts by the end of the year, but even while still offering them it has worked to make its lease option more attractive. That has led to 51% of Sprint's customers who purchased a new phone last quarter using its lease option, rather than buying a phone outright, financing it, or being on a subsidized contract, CEO Marcelo Claure told The Wall Street Journal.

Sprint has specifically worked to make its leasing offers attractive to iPhone users and recently announced a new plan to keep those customers happy. Under the deal, dubbed iPhone for Life, users pay a monthly fee but always have access to the latest version of the phone. The company explained the deal on its website:

Upgrade eligible Sprint customers can get iPhone for just $22 per month with iPhone Forever. Anytime customers don't have the latest iPhone, they are eligible to upgrade. They bring their iPhone, upgrade on the spot and away they go. It's that simple.

It's a smart play that makes it possible for iPhone fans to always have the latest phone. On the contract model, people could only upgrade once every two years, meaning that for a year of their contract they would not have the most up-to-date model. 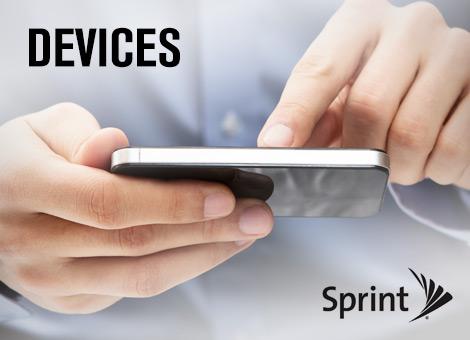 Sprint is making it easy to always have the latest iPhone. Source: Sprint.

How does leasing impact customers?
Under the contract model, users essentially pay off the cost of their phone over a two-year period. At the end of that time, they have the right to hold onto their phone, moving to a cheaper, bring-your-own-device plan. That saves money in the same way driving a car that you have already paid off does.

Under the lease model, users will have the right to upgrade phones (at no charge in the case of iPhone for Life) but will always have a payment. That payment is lower than financing the phone, but it never ends, the customer never actually owns anything.

If you are someone who upgraded his or her phone every two years on a contract cycle (or more often paying a penalty), this is a good deal for you. You won't own your phone, but you would only pay $528 over two years for an iPhone, less than its roughly $649 retail price, and you would get to upgrade with no penalty. You'll always have a lease payment, but the economics are the same if not slightly better than under the subsidized contract model.

This is probably good for Sprint
For Sprint, the lease locks a customer in much like a contract did. Of course, the user can turn in his or her phone and walk away, but there is little incentive to do that if the customer knows he or she can upgrade when the latest model comes out.

Under the terms of the lease on an iPhone, Sprint will collect $264 during the first 12 months of the lease. It would then receive the phone back when the customer upgrades and it should be able to sell it into the robust third-party market to at least break even on hardware.

The challenge for the company -- and it will determine the new plan's success or failure -- is whether lower-priced, full-featured phones will win significant market share at some point. That would make leasing unattractive and make customers free agents for any carrier that supports their phones.

In the immediate future, however, flagship phones and specifically iPhones continue to captivate the public. Sprint has found a way to drop contracts but keep customers tied to the company. That puts this move more likely to come out as genius than folly, as long as people demand the latest and greatest phones.