The company announced a new Content ID system designed for its platform. 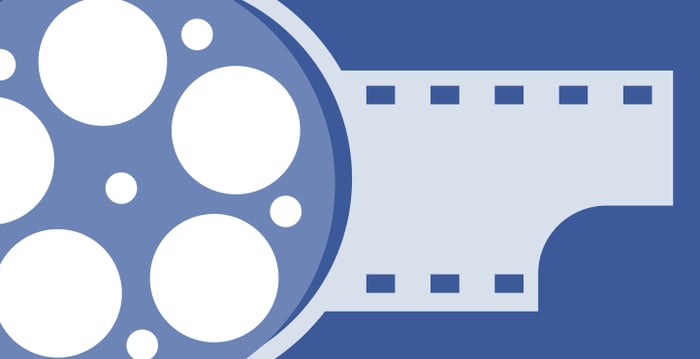 The number of videos on Facebook (FB 1.18%) has steadily grown over the past year, and video views have increased alongside them. Users are now viewing upward of 4 billion videos every day, an increase from 1 billion per day at this time last year.

But not all of those videos are coming from legitimate sources. The social network has come under fire in the past few months for proliferating pirated videos uploaded by pages stealing work from Google's (GOOG -1.29%) (GOOGL -1.34%) YouTube and other online video repositories. Creators have long demanded an easier way to remove copyright-infringing material from Facebook, and I've noted several times the importance of copyright protection to Facebook's success in video.

In August, Facebook finally took the first steps toward curtailing its piracy problem. It built new video-matching technology that it's testing with select creators. The technology is able to scan every nook and crevice of Facebook's platform for infringing videos and allows the creators to report them for removal.

Long overdue
This move from Facebook is more of a reaction to recent publicity about the legitimacy of its users' video uploads. In fact, video creators have been calling for Facebook to implement some form of content ID for nearly a year now.

Google created a Content ID system for YouTube in 2007, just a few months after it purchased the video-sharing website. The system allows creators who find other users uploading their content to either issue a takedown notification or monetize the video using ads and collect royalties. Google has paid out over $1 billion via Content ID since it instituted the feature on YouTube.

It's easy to understand why Facebook held off on implementing a content ID system. The huge amounts of video being uploaded, legitimate and pirated, have led to an increase in engagement on the platform around the medium. Facebook is betting that it can extract more revenue from video than static pictures and text.

But to turn on a revenue stream around video, Facebook needs to crack down on piracy. Once it starts capitalizing on other people's videos monetarily and sharing revenue with "creators," the legality of its operations can be called into question. YouTube faced a significant legal battle early in its life, which eventually forced it to sell to Google.

Gaining the support of content producers
Facebook has been able to attract top content from brands and personalities with established presences on Facebook. It recently hosted the premieres of two new HBO series and an Amazon.com series because the sizable audiences of those brands on Facebook practically ensured that the social network could deliver the most exposure for those videos.

But it's having a hard time attracting talents who made names for themselves on YouTube. Most YouTube stars have significantly larger audiences on the video-sharing site than on Facebook, which means their exposure won't be the same. And most of the talent is too busy to develop a presence on both sites.

Content ID is a step in the right direction, however, and it will prevent creators from viewing Facebook as the enemy. While it may not cause the mass migration of YouTube talent to Facebook, as the social network seems to be hoping for, it could give new video creators a better option when they start out.

At the same time, Facebook is looking for ways to monetize video directly. After a test using post-roll video ads with the NFL's content failed to produce meaningful results, Facebook has plans to roll out a "suggested videos" feed this fall featuring content from the NBA and other select content creators. Video ad revenue will be shared based on view time, so longer videos stand to benefit the most.

As Facebook moves to implement revenue sharing on a broader basis, it needs to ensure that it's paying out revenue to the people who deserve it. Look for these two features to improve in lockstep, as Facebook continues its push toward more video content.