Please ensure Javascript is enabled for purposes of website accessibility
Free Article Join Over 1 Million Premium Members And Get More In-Depth Stock Guidance and Research
By Rich Smith - Sep 6, 2015 at 10:13AM

They have a patent for one. But will they build one?

"The idea of a space elevator is to build a tower that stretches beyond geosynchronous orbit (GEO) ... and is anchored in place by centrifugal force. Robotic 'climbers' would be able to ride up and down the tower, cheaply and safely. ... The portion of the tower below GEO has a net force toward the Earth, while that above GEO a net outward force on it, so the entire tower would be under tension, balanced about the GEO point."

Illustrating how a space elevator might look. Image source: NASA.

Hope for a space elevator springs eternal. Columnist David Appell described the concept in a December 2011 article in Physics World (quoted above). Here at The Motley Fool, we've been talking about companies trying to build an "elevator" from Earth to orbit for even longer.

What is a space elevator?
Detailing an immense structure perhaps 60,000 miles tall but massing only about 100 tons, Appell described a space elevator as acting like "a railway to a station" from Earth to orbit. From a base station on the Earth's surface, electrically powered train cars would climb up an elevator cable to orbital height, at which point passengers and cargo would debark into a space station for further travel by spaceship. This would largely eliminate the need to expend tons of rocket fuel to blast payloads into orbit from Earth, and the need to build rocket ships to burn the fuel and carry the payloads, as well.

Rocket launches today can cost upward of $400 million, resulting in costs of up to $10,000 per pound to move payloads into low earth orbit. Estimated costs for building a space elevator, in contrast, are largely a matter of guesswork. But if Appell's quoted figure ($6 billion to $10 billion) is anywhere near the mark, the savings on satellite launches alone would be immense and the project would quickly pay for itself.

This is an idea that greatly appeals to America's space agency, NASA. To advance the idea of space elevators, NASA awarded $900,000 in 2009 to Seattle-based LaserMotive for demonstrating a method of powering a space elevator-car by laser. NASA also has a $2 million "Strong Tether Challenge" prize up for grabs to the first company able to build a potential space elevator cable with "5 GPa" of tensile strength. (A GPa, or gigapascal, is equal to 1 billion pascals and is a measure of tensile strength.) 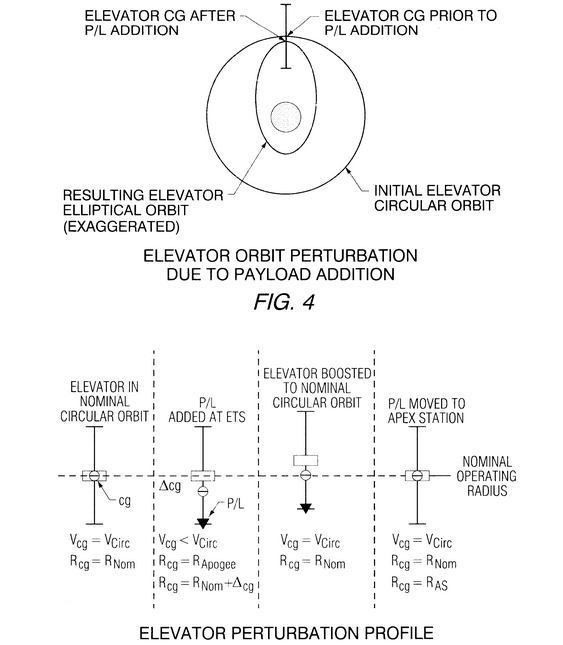 The trouble with space elevators
Now here's the problem: Lockheed Martin would achieve light weight by building its space elevator from superstrong carbon fibers -- probably scaled-up carbon nanotubes, known as "carbon macrotubes." In 2007, The Wall Street Journal argued, "To the extent that a space elevator is feasible at all is due to advances in the science of nanotechnology, especially carbon nanotubes."

Carbon nanotubes, however, are microscopic. Appel poetically describes them thus: "a pile of them looks like fine, black soot" -- hardly the thing of which 60,000-mile-long space cables are made.

Some of the biggest companies on Earth are working to scale up carbon nanotubes into a real-world product strong enough to hold a space elevator together but light enough not to bring it crashing back down onto Earth. And one of these companies is Lockheed Martin itself.

Skunk Works to the rescue?
Earlier this year, in a little-noticed development, Lockheed Martin filed a patent application with the U.S. Patent and Trademarks Office for "Carbon macrotubes and methods for making the same."

Like most patent applications, it's a technical document, describing "a method of manufacturing a carbon macrotube, comprising ... at least one layer of graphene, [and] wrapping ... at least one layer of graphene around a scaffold material so as to form a carbon macrotube." The objective is to capitalize upon and exploit carbon nanomaterials' "thermal, mechanical, optical and electrical properties" and, in particular, their "relatively high tensile strength and high electron mobility at room temperature."

In other words, the more useful you make carbon nanotubes (by scaling them up to form objects you can actually see), the less useful those objects become. As Lockheed laments, these objects lose "the desired mechanical properties and ... the other beneficial properties of carbon nanostructures."

But Lockheed has apparently discovered a method of producing carbon macrotubes -- again, these are the things a space elevator would need to be built from -- where "as the polymer layer is reduced in thickness, the tensile strength of the graphene monolayer approaches the strength of about 130 G pascals of a single-walled carbon nanotube."

This line is absolutely key.

Why this is key
Discussing the new patent with a representative from Lockheed, it seems the company's main interest in increasing the tensile strength of carbon macrotubes is to use them in the company's new Perforene water filtration system. (Greater tensile strength permits filtration of large quantities of water.) But the invention would also seem to be applicable to space elevators. Here's how:

In 2013, Keith Henson, an engineer and founding member of the National Space Society, told science blog io9 that "no current material exists with sufficiently high tensile strength and sufficiently low density out of which we could construct [a space elevator] cable." But io9 pointed out that according to former Los Alamos physicist and space elevator enthusiast Bradley Edwards, a carbon macrotube with a single cylindrical wall and tensile strength of "about 130 GPa" should be strong enough to use to build a space elevator cable.

And that's the magic number for building a strong, lightweight space elevator cable.

The upshot for investors
Granted, inventing a thing is not the same as manufacturing a thing -- much less manufacturing 60,000 miles worth of said thing. Experts who know about this subject say the world is still a good 50 years away from being able to build a working space elevator. But that's not preventing companies from trying. And already today, Lockheed Martin appears to have made a giant leap forward in developing the tech necessary to make space elevators a reality.