Yieldcos have been crushed recently, but the reason may present a buying opportunity for investors.

What: Shares of Abengoa Yield PLC (AY 0.73%) have fallen 13% since the start of Augus,t and investors may be wondering how such a seemingly stable company could fall on such hard times. But the stock's move gets at why yieldcos in general have had a rough 2015.

So what: The first thing to realize is that energy stocks in general have been under pressure in 2015. That hasn't helped any energy stock, even in the yieldco space. 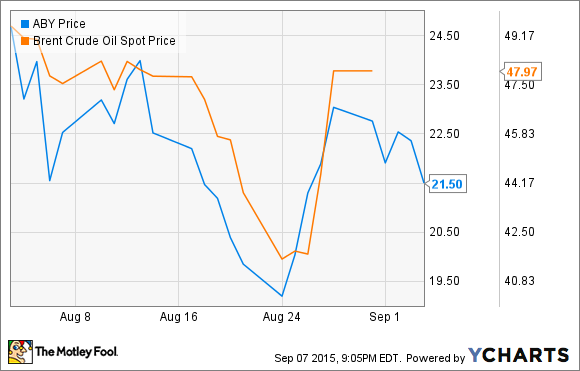 The bigger problem is that the Federal Reserve is expected to increase short-term interest rates this year, which could raise debt costs and lower stock prices, actually making it harder for yieldcos to grow. Yieldcos are planning on issuing debt and equity at a lower cost of capital than the return for projects they buy, but with the prices of both forms of funding rising, that narrative for growth is questionable (as I explain in detail here).

Now what: This might be an alarming move for investors, but long-term it shouldn't scare you away from yieldcos. Abengoa Yield's projects have long-term contracts, one even as long as 29 more years in Arizona. That creates certainty in cash flows, and with the stock yielding 7.4%, now may be the bottom for the stock. I think the market is undervaluing yieldcos in general, and as energy stocks recover and these companies prove their performance, the stocks should rise, especially a high-yield stock like Abengoa.