Please ensure Javascript is enabled for purposes of website accessibility
Log In Help Join The Motley Fool
Free Article Join Over 1 Million Premium Members And Get More In-Depth Stock Guidance and Research
By Morgan Housel – Sep 9, 2015 at 11:10AM 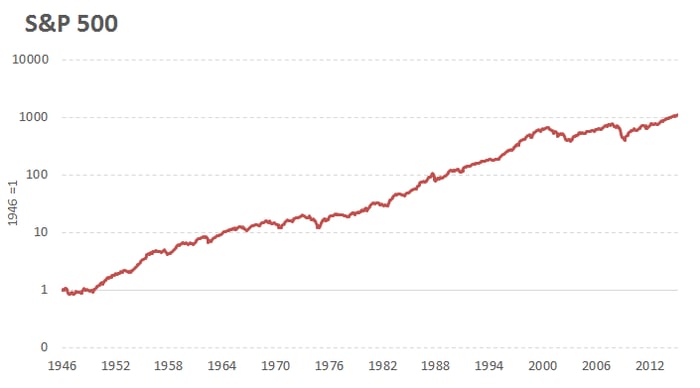 The punditry world is usually split into two groups: optimists and pessimists. "Are you bullish or bearish?" People want a binary answer.

There's not enough attention paid to a third group: Optimists who regularly expect terrible things to occur. It seems counterintuitive, but if you look at history, it's by far the most rational stance.

The S&P 500 rose 1,100-fold over the last 70 years, including dividends. But look what happened during that period: