As Netflix increasingly relies on international expansion to fuel its lofty growth expectations, a number of well-funded rivals are attempting to beat it to the punch in several high-potential markets.

Despite suffering a public and painful sell-off as of late, Netflix's (NFLX -1.12%) accomplishments over the last five years remain nothing short of remarkable by virtually every measurable mark. 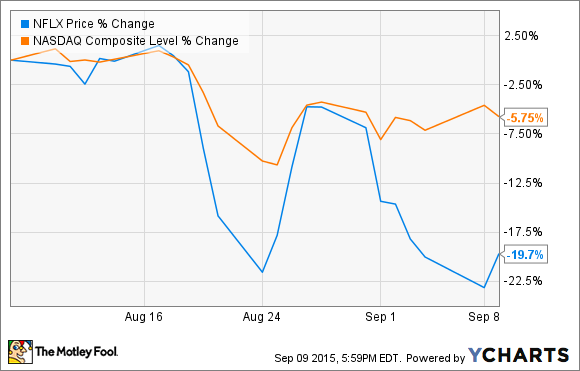 The company successfully navigated a nearly seamless transition (Qwikster notwithstanding) from a mail-order DVD service to arguably the most important company in digital entertainment today. With sales nearly tripling and its stock rising 370% over the last half-decade, the financial and share-price gains Netflix has produced along the way also speak for themselves.

However, as it looks to consolidate its lead in today's increasingly connected media world, challengers abound from nearly every direction. And a recent series of moves by would-be competitors speaks to the kinds of risks and possible rewards Netflix shareholders will encounter in the decade ahead.

Breakneck international expansion faces mounting competition
Without question, the single most important factor in Netflix making good on the astronomical valuation where it trades is the ongoing success of its international expansion efforts. Reporting from Bloomberg claims Netflix intends to enter 200 markets by the end of next year, which proves slightly confusing since only 195 officially recognized sovereign nations exist at present, according to State Department data. Either way, an increasing number of international Internet and media companies are mobilizing to beat Netflix to the punch in many emerging and frontier markets.

In a few recent examples, South African media conglomerate Naspers recently discussed its plans to aggressively expand its ShowMax streaming service across the continent of Africa, starting with its current rollout of ShowMax in South Africa last month. Additionally, PCCW, the Hong Kong-based telecom firm run by billionaire Richard Li, also recently announced its plans to launch a similar video-on-demand service in Africa to rival Netflix and Naspers. The moves come as telecom and Internet companies continually target Africa, with its population of over 1 billion residents, as a massive long-term growth market for the decades ahead. Per United Nations data, Africa was home to an estimated 167 million Internet users in 2012, a number expected to grow toward roughly 500 million users by 2025. So, as Netflix faces off versus several well-heeled competitors, how should investors frame these mounting competitive threats?

We've seen this before
Thankfully for its investors, Netflix is by no means new to this kind of arms race scenario. Here, Netflix's path to success in developed markets, especially the U.S., can prove highly instructive.

At the beginning of 2011, Netflix had only 22.8 million U.S. and 800,000 international subscribers with competition mounting on nearly every front. Amazon had formally moved into the streaming business with the rebranding and launch of its Prime Instant Video service. Hulu enjoyed far more business momentum, and its lineup of media giant backers made it a highly credible threat to counter Netflix. Perhaps more embarrassing, Netflix's PR bungle of the spinoff and subsequent retraction of its DVD-rental business into Qwikster also shook investors' faith in the company's visionary status. These combined issues and a few more caused Netflix's shares to tank roughly 60% in 2011.

However, as has been well-documented, Netflix implemented a number of savvy moves that enabled it to differentiate itself from an increasingly homogeneous number of streaming competitors, generating tremendous gains for investors with the discipline to hold the course. Its move into original content has been perhaps the most defining aspect of Netflix's subsequent success story, but its aggressive push into international markets has also helped it extend its lead in the streaming market as well. At the end of last quarter, Netflix reported a whopping 65 million total subscribers, 25 million of whom came from its international business.

Contrast that with Amazon's estimated 40 million Prime subscribers, a number that likely overstates actual Prime Instant Video users to some degree, and you can see just how much distance Netflix has been able to create between itself and its nearest competitor. For reference, Hulu had an estimated 9 million paying users earlier this year.

So, in connecting the dots between 2011 and mounting threats to its critical international expansion today, investors would do well to remember that Netflix has overcome similarly significant challenges with great aplomb and to great effect in the past.

Andrew Tonner has no position in any stocks mentioned. The Motley Fool owns and recommends AMZN and NFLX. We Fools may not all hold the same opinions, but we all believe that considering a diverse range of insights makes us better investors. The Motley Fool has a disclosure policy.