Please ensure Javascript is enabled for purposes of website accessibility
Log In Help Join The Motley Fool
Free Article Join Over 1 Million Premium Members And Get More In-Depth Stock Guidance and Research
By Adam Levy - Sep 17, 2015 at 10:40AM 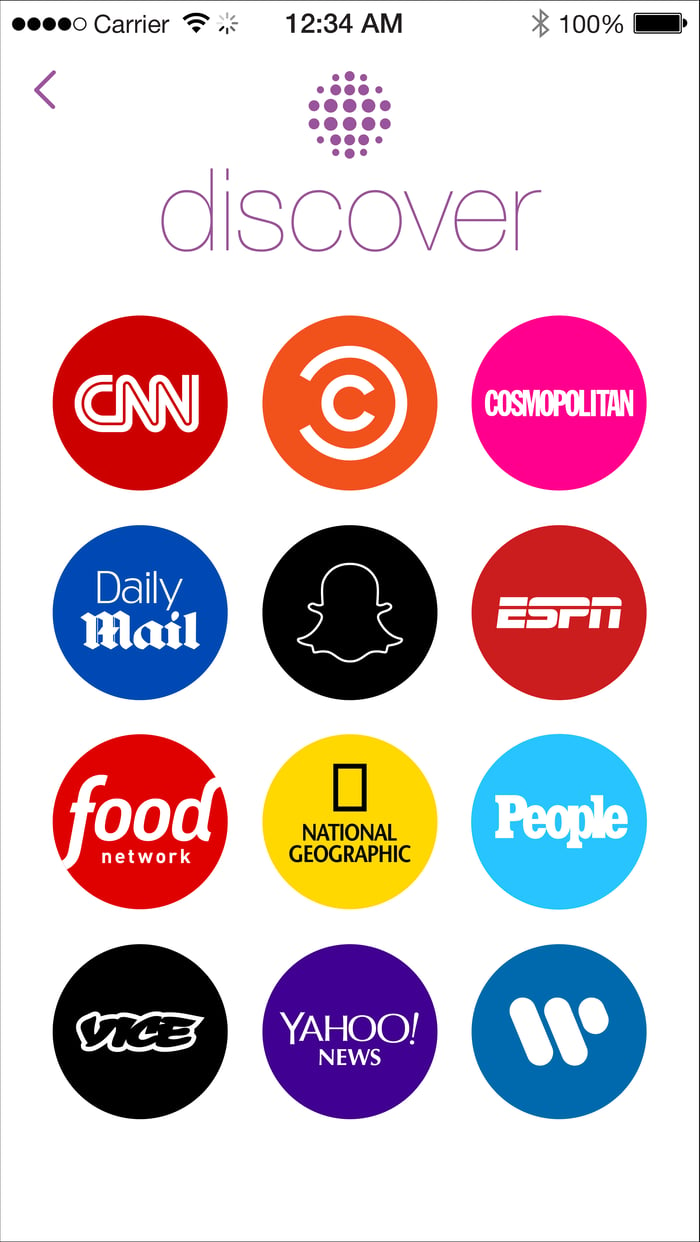 Snapchat users watch over 4 billion videos per day. Between Snaps, Stories, and Discover, there's a growing number of options for Snapchatters to see content ranging from one second to a few minutes, making it an excellent option for snacking on video content.

Digital snacking has long been the domain of Facebook (FB 1.83%) and Twitter (TWTR 1.65%), but growing competition from the likes of Snapchat means that the two dominant social networks are losing some users' attention.

Recently, Facebook and Twitter have both made pushes into video content, seeing it as a way to boost engagement as well as ad prices. Snapchat, though, has partnered with big media companies to put clips from TV shows and other content on its Discover tab, and earlier this month Comedy Central announced that it's producing five original series specifically designed for Snapchat.

Facebook and Twitter don't get that deal
Snapchat isn't nearly as big as Twitter or Facebook. With about 100 million daily active users, it plans to generate just $50 million in revenue this year. Comparatively, Twitter is expected to top $2 billion in revenue this year, and Facebook is expected to generate $17 billion. You'd think either company has enough users and money coming in to attract more quality original content.

Facebook's videos include content from several big media partners, but it doesn't see consistent content from them. It lost out on a contract for videos from the NFL, but has a deal with the NBA in place for content. It also is seeing a few YouTube creators develop content specifically for Facebook, but none with the cachet of a television studio.

There are several reasons Snapchat is winning content deals instead of Twitter or Facebook. First of all, its demographics are extremely desirable, skewing toward a younger audience that's less reliant on cable for entertainment. This enables Comedy Central to expand its brand awareness.

Second, Snapchat shares its revenue with creators on its Discover platform. If the publisher sells the ad space, it keeps 70% of the revenue. Any ads Snapchat fills, they split the revenue evenly. While that revenue isn't very significant to a giant media company right now, the growing and engaged user base may play a nice supplementary income role at some point in the future.

Twitter's recently launched Periscope app is filled with excellent content from live streamers across the world. It could partner with TV networks to provide a live television feel for a broadcast complete with commercials. Moreover, it could promote videos on Vine with six-second cuts, and on Twitter with its Amplify program. Still, directly monetizing video on Twitter and Vine has proven challenging for Twitter -- simply using an increase in video content to place more video ads in users' timelines.

Facebook, for its part, is already experimenting with ways to share revenue with creators. This fall, the company will reportedly start prompting users to follow a suggested video feed after they click on a video to watch it in full screen. The feed will include ads, and revenue will be split based on time spent watching each video. It's not perfect, but it's a start, and it's similar to the model that's worked for Snapchat -- inserting ads into Discover feeds and Our Stories.

If Facebook and Twitter are serious about becoming more of a video platform, they need top-quality content. YouTube has it, and Snapchat is starting to attract it. The key to success is figuring out how to directly monetize videos, and sharing that revenue with creators.