Please ensure Javascript is enabled for purposes of website accessibility
Log In Help Join The Motley Fool
Free Article Join Over 1 Million Premium Members And Get More In-Depth Stock Guidance and Research
By Demitri Kalogeropoulos - Sep 22, 2015 at 11:00AM

The media giant's stock is on sale. Here's what you should know before you buy.

Disney's (DIS -4.01%) stock has been on sale since the company posted quarterly earnings results in early August -- shares quickly slumped by 20%, and they remain about 16% below their summer high. 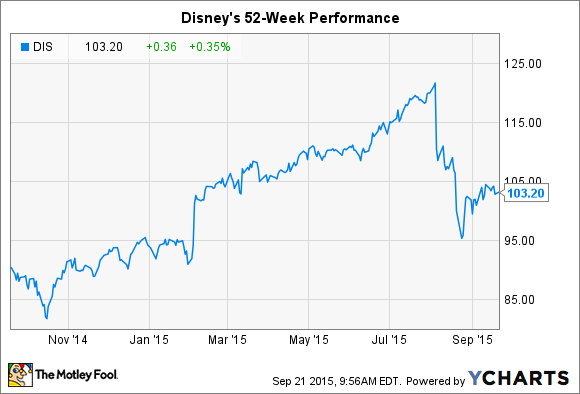