NRG Energy (NYSE:NRG) gave the marriage between old and new a shot, but last it announced that a spinoff of its renewable energy business is finally in the works.

In truth, the marriage of a traditional utility and a potentially disruptive renewable energy business was fraught with danger from the start. Could a utility really support distributed solar that upends its business? Would capital from the utility flow to renewable energy growth projects, or would investors demand that cash? Most importantly, could the old and new-world cultures of energy coexist, or would they clash?

Apparently the answer is no. 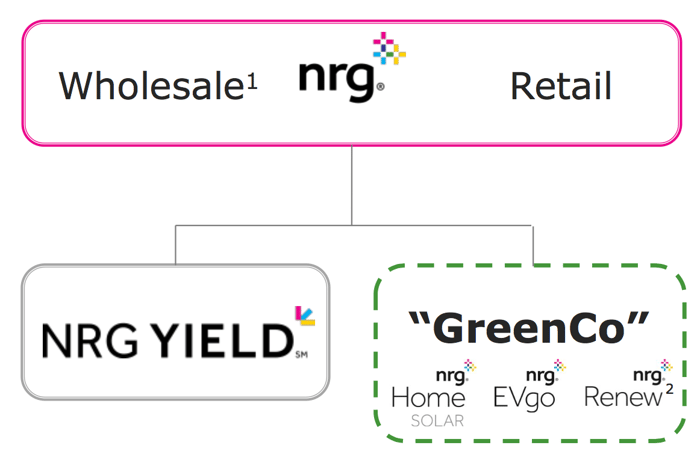 What the new NRG looks like
Simply put, NRG Energy has decided to spin off its renewable energy business, which it's calling "GreenCo," and focusing the rest of the business on traditional fossil fuel generation and utilities.

The tent pole of the GreenCo will be NRG Home Solar, essentially a solar installer like SolarCity or Vivint Solar. The company has been a growth engine in 2015, but it's been burning through cash (which isn't surprising), and with NRG Energy's stock tanking, it's time to put that cash burn in a separate business that can hopefully fund itself.

In theory, the move will allow NRG Home Solar to expand nationally and access lower-cost capital. However, it's yet to be seen if that will play out as planned. 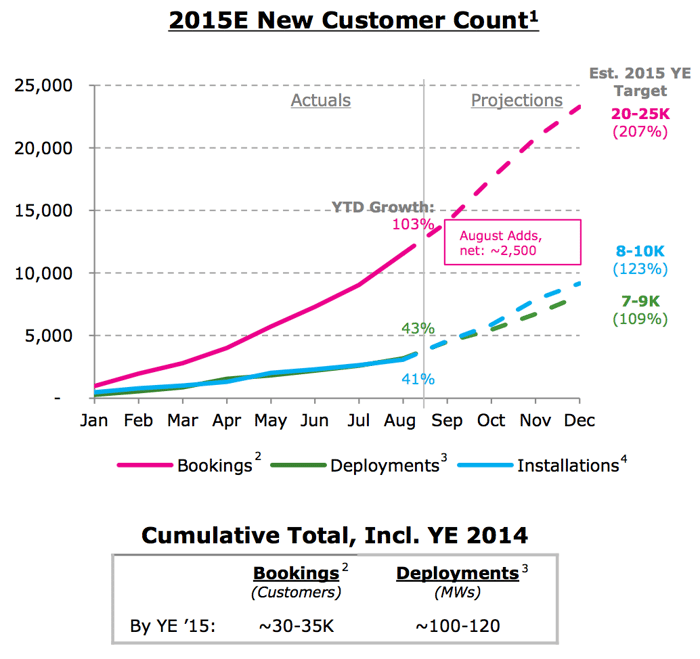 The move is also projected to unlock $1 billion in capital and make the business more easily understood by investors. For the fossil fuel business, jettisoning the solar business frees up cash that can then be returned to shareholders.

Going green isn't as easy as it seems
What NRG Energy was trying to build is the next generation of energy companies. A company that built rooftop solar and electric charging stations, and even sold solar-powered devices. But turning that idea into a strong business has proved harder than NRG thought.

Part of the problem is cultural. Startups like SolarCity, Vivint Solar, and even the established SunPower have a culture that expects fast change. They're energetic and fast-moving, adapting to the environment as it evolves.

NRG's utility business is like a sloth compared to fast-moving solar companies, and the combination of the two couldn't have been easy to balance internally.

The typical investor bases that the two industries serve are also different. Utility and fossil fuel investors want cash flow and dividends. Renewable energy investors want growth and disruption. Clearly, the two didn't combine well in NRG Energy, despite what could have been an interesting corporate structure. 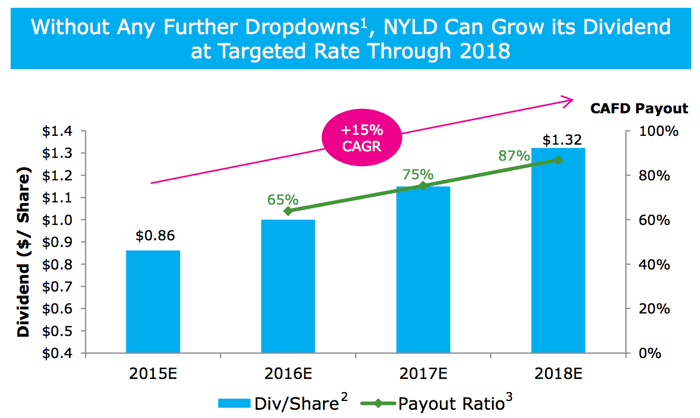 In fact, NRG Yield is probably the best way for investors to play renewable energy in the NRG family right now. The residential solar space is incredibly competitive, and NRG Home is still getting off the ground. At least NRG Yield has contracts with utilities that will pay them for 20 years or more.

Changing the future of energy isn't easy
NRG tried to create a vision of the future of energy, but doing something like that doesn't happen overnight. EV chargers aren't highly valued by the market, residential solar is growing, but isn't a cash cow, and even personal solar devices are slow to be adopted. These products, along with energy management and storage, may create the future of energy eventually, but that's a decade-long vision. Not something you can execute on in a year.

To me, it looks like NRG Energy just doesn't have the patience to let its future energy vision unfold, and with the stock in decline, I can't blame it. Still, that's why investing in renewable energy though an established utility probably isn't a good idea.