Please ensure Javascript is enabled for purposes of website accessibility
Log In Help Join The Motley Fool
Free Article Join Over 1 Million Premium Members And Get More In-Depth Stock Guidance and Research
By Leo Sun - Sep 28, 2015 at 10:18AM

Look out, Activision and EA -- there’s a new gaming giant in town.

How big is WB Interactive?
Last quarter, WB Interactive's revenues rose 135% annually to $727 million, which accounted for 22% of the WB division's revenues (which include TV shows and movies) and nearly 10% of Time Warner's top line.

More "awesome" growth on the way
Looking ahead, WB Interactive will introduce Lego Dimensions, which merges "toys to life" products and Lego versions of popular TV and movie characters in virtual playsets. It's similar to Activision's Skylanders, Disney's Infinity, and Nintendo's Amiibos. 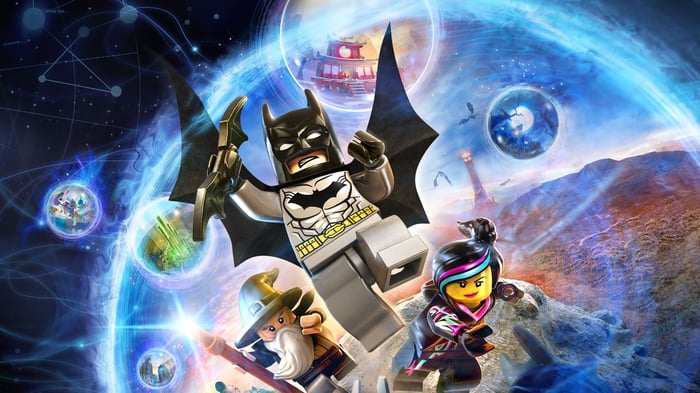 Lego Dimensions will merge 14 different franchises -- including Lord of the Rings, Batman, Doctor Who, and Ghostbusters -- in a digital world. To jump on that bandwagon, rival studios are even licensing characters like the Simpsons and the dinosaurs from Jurassic World to WB Interactive.

To place them in that digital world, customers must buy collectible figures which interact with a chip-reading platform. The more figures a customer purchases, the more lively and interesting the virtual world becomes. It's a brilliant tactic which turns a video game into a foundation for hybrid physical/digital purchases. WB's starter kit, which includes three figures and a platform, costs $100. Collecting more figures could easily double or triple the final cost of the game. If Lego Dimensions is a hit, it could also serve as a promotional platform for its top franchises, including the Lego Movie and its multiple spin-offs.

Succeeding where others have failed
Time Warner's success in video games is an anomaly in the media industry. Viacom once invested in the music game Rock Band, but it took a loss of over $260 million on the franchise before selling it in 2010. Disney's Interactive unit only returned to profitability after it was downsized last year.

The growth of WB Interactive has notably offset WB's weaker performance in movies. Last quarter, WB's total revenue rose 15% annually to $3.3 billion and accounted for nearly half of Time Warner's top line. However, theatrical revenues fell 15% due to unfavorable comparisons against The Hobbit: The Desolation of Smaug in the prior year quarter.

As WB struggles to launch new movie franchises to replace multi-year cash cows like Harry Potter, The Lord of the Rings, and The Hobbit, it can fall back on strong video game sales. Based on WB Interactive's current growth trajectory, it could even overtake Activision or EA in terms of total revenues in the near future -- an incredible feat for a business that barely got any attention in previous years.