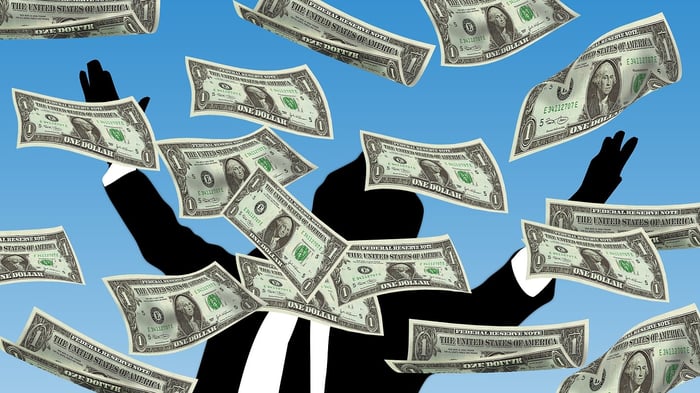 While we Fools tend to put our investing dollars in companies that are cranking out cash flow, we certainly recognize that taking a few small bets on more speculative names every now and again can be a prudent decision, as the returns available from finding the right growth stock early can be life changing.
We asked our team of Motley Fool contributors to highlight growth stocks that could fill out the more speculative portion of an investor's portfolio, and that hold enough upside to compensate investors for the risk that they are taking. Read below to find out their recommendations and see for yourself if you agree.

George Budwell: Dyax Corp. (NASDAQ: DYAX) is a mid-cap biopharma that offers an intriguing risk to reward ratio at current levels. The company specializes in developing treatments for a rare blood disorder called hereditary angioedema, or HAE.  In late 2009, Dyax gained its first regulatory approval for HAE with Kalbitor, initially indicated to treat acute attacks of the disorder in patients 16 or older.

Although Dyax has been successful at expanding the drug's label to include patients as young as 12, Kalbitor's sales remain on the weak side because of the stiff competition in the crowded HAE space. Specifically, the drug will probably only generate $70 million in net sales in 2015, and is unlikely to break even $100 million in 2016.

So if we throw in the revenue expected to come from the company's Licensing and Funded Research Portfolio, Dyax is presently trading at almost 24 times its estimated 2016 total revenues. That's not cheap by any means. And I think this lofty valuation clearly shows that investors are banking on Dyax's experimental prophylactic treatment, DX-2930, for HAE to succeed in late-stage testing.

But that's where the story takes an interesting turn. If approved, DX-2930 is projected to rake in $600 million in sales by as early as 2019, according to S&P Capital IQ. As an orphan drug, DX-2930's sales should also be sustainable for a longer period than more traditional medicines, meaning that it will probably garner a much richer premium as well.

The good news is that DX-2930's early stage results were extremely impressive, essentially halting HAE in its tracks among patients receiving the 300 mg dose. Of course, these results may not be replicated in a larger, pivotal stage trial, but DX-2930's ultimate chances of success are probably better than those of most drug candidates in light of its remarkable early stage results. That's why I think this speculative stock might be worth the risk for investors seeking high growth opportunities.

Todd Campbell:  There's a lot of risk associated with buying shares in speculative companies like clinical-stage biotechs, but investors willing to accept this risk might want to consider Ophthotech Corporation (NASDAQ:ISEE).

Ophthotech is developing Fovista, a therapy for wet stage age-related macular degeneration, or wet-AMD, an increasingly common indication due to the aging of baby boomers.
Rising prevalence has led to billions of dollars in annual sales for Novartis' Lucentis and Regeneron's Eylea, two widely used wet-AMD therapies, and Ophthotech's strategy to develop Fovista for use alongside these drugs, rather than instead of them, is intriguing.
In mid-stage trials, Fovista boosted the number of letters a patient could read on a standard eye chart versus Lucentis alone, and because Eylea works similarly to Lucentis, there's a chance that Fovista could be used effectively alongside both of them.
Unfortunately, we'll have to wait until results from two phase 3 trials evaluating Fovista and Lucentis get released in late 2016 and phase 3 results from the Fovista and Eylea combination trial get released in 2017 to know if that potential truly exists.
Although no one knows whether or not those results will confirm previous findings, Novartis seems to think they might. Last year, Novartis inked a licensing deal for rights to Fovista that could be worth more than $1 billion in milestones, plus royalties in the 30% range, to Ophthotech. Given the size of the wet-AMD market and Ophthotech's $1.35 billion market cap, this company may be worth taking a chance on.

Brian Feroldi: Small-cap biopharmaceutical company Chimerix (NASDAQ:CMRX) has been on a roll ever since going public, and if all goes well I think there is plenty of upside left in this name. The company's lead compound, called brincidofovir, is currently being studied as a treatment against a number of diseases, especially those that crop up when the immune system is weakened during bone marrow transplantation.

The company is currently in phase 3 trials testing how well brincidofovir performs as a treatment against cytomegalovirus, or CMV, which is a complication that can arise after receiving a bone marrow transplant. The drug also holds promise as a treatment against adenovirus infection, or ADV, which is a common respiratory illness that can turn fatal in patients with weakened immune systems.

If all goes well investors should see data from these trials in 2016, with regulatory submissions soon after. Analysts are estimating peak sales of the drug to run around $2.4 billion, which is an enormous opportunity for a company with a market cap currently hovering around $1.7 billion.

The company has more than $400 million in cash on its balance sheet, which should give it plenty of firepower to fund its research and pre-commercialization efforts for quite some time. If Chimerix can successfully navigate brincidofovir through the regulatory process and eventually monetize the rest of its pipeline then the company could easily be a multi-bagger from here, which makes it an interesting growth stock that just might be worth the risk.