The dirty details on electric infrastructure
Utilities, once considered some of the most stalwart stocks around, have been hard hit by disruptive technology. Rooftop solar panels, smart grids, and household energy efficiency improvements have all threatened utilities' slow and steady business model of generating and selling electricity.

To help regain their status as reliable energy infrastructure investments, utilities have been on the hunt for the next big thing, and many believe they've found it in electric-vehicle charging stations. While electricity demand for homes is slowing, an entirely new market of electron-guzzling vehicles has hit the road over the past decade.

Matching supply to demand
Nationwide, Americans drive around 325,000 electric vehicles. On the demand side, electric automakers have worked wonders to build out some of the most perfectly engineered vehicles on the road, and costs are dropping every year.

But on the supply side, an infrastructure ally has yet to emerge. In California, where more than 150,000 electric vehicles now hog the road, PG&E Corporation hoped to change that. Last February, the utility submitted a $654 million proposal to regulators to add 25,100 electric-vehicle charging stations to the Golden State. To cover costs, PG&E planned to hike electric bills to its current customers by an average $0.70 per month from 2018 to 2022.

Despite California governor Jerry Brown's aggressive goal to get 1.5 million electric vehicles on his state's roads by 2025, regulators turned down PG&E's proposal. Even California has a green breaking point, and PG&E found it. The utility has been approved for just 10% of its original ask, equivalent to 2,510 stations.

That might seem like a minuscule number, but it's still a major boost to America's electric vehicle infrastructure. Excluding exclusive private stations (I'm looking at you, Elon Musk), the United States is home to just under 11,000 stations. That means PG&E Corporation's approved expansion represents a 23% national increase. 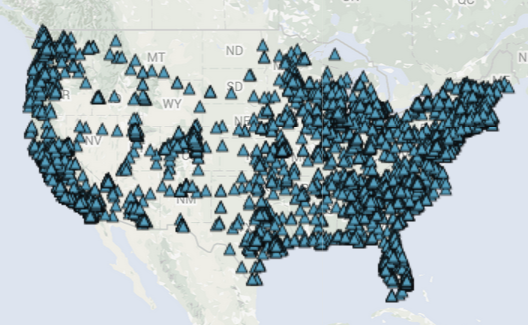 The future of electric vehicles
California regulators have made a clear statement in downsizing PG&E's proposal: growth in moderation. While automakers are vrooming electric vehicles onto the road, the supply side will expand more slowly.

Ultimately, this may be good for everyone. For utility customers, it means moderate and manageable rate increases over time to pay for stations that cost anywhere from $5,000 to $9,000 a pop. For drivers, it necessitates continued improvements in EV driving ranges, since stations won't be everywhere. For utilities, it allows more time to pilot and learn as they overturn their own business model to enter this unexplored market. And it gives us investors more time to reevaluate our investing theses and adjust our portfolios accordingly.

PG&E is understandably eager -- it wants to be the electric vehicle infrastructure leader. But California's steady supply growth makes sense, and utilities will have to slow their electric vehicle roll as they make their own investments.