IRS Form 706 is used to report the United States' estate- and generation-skipping transfer taxes. It is filed by the executor of an estate of a deceased U.S. citizen or resident in one of two situations:

That $5.43 million threshold is known as the "exclusion amount." It's the total amount of your estate that can pass to your heirs without being subject to estate or generation-skipping transfer taxes. The amount adjusts for inflation every year, and the ability to pass unused exclusions between spouses is a fairly new law, passed in 2012.

Before that change, couples had to take steps like setting up complex legal documents such as "AB Trusts" in order to pass more money to their heirs than the single-estate limit would allow. The federal estate tax rate is currently 40%, and the generation-skipping transfer tax can be an additional tax at the same rate, so together, they can take a significant chunk out of the assets Americans leave behind.

What does Form 706 do for you?
If you're the executor of an estate, Form 706 helps you establish the value of that estate. When a person dies, their heirs get what's known as a "stepped-up basis" -- i.e., their cost basis is adjusted to the current fair-market value of the inherited property. The date at which that stepped-up valuation is assessed is either the decedent's date of death or exactly six months after their death..

That stepped-up valuation helps the heirs minimize both capital-gains taxes and the paperwork necessary to clear up a deceased person's estate. Imagine someone who owned shares of the original AT&T, before the early 1980s breakup, and had reinvested dividends along the way.

Between the spinoffs, recombinations, dividend reinvestments, and other such corporate actions, it would have been incredibly difficult for a person to keep track of an accurate cost basis for those shares. Add in the inherent complexity of managing someone else's estate, and it would be nearly impossible for an executor to produce an accurate cost basis. The stepped-up basis simplifies that paperwork and helps heirs receive the full value of their inheritance. 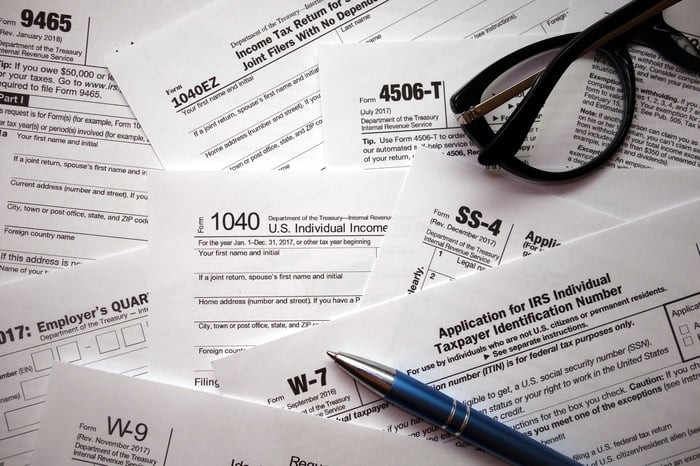 The generation-skipping tax is set at 40% of any gift or inheritance above the exemption (which is set at the same $5.43 million level as the estate-tax exemption), and it would be in addition to any estate taxes owed.

Will your estate be subject to the estate taxes?
Warren Buffett has famously been quoted as saying, "A very rich person should leave his kids enough to do anything but not enough to do nothing." The estate tax kicks in at $5.43 million with an inflation adjustment each year, and the new ability to use a spouse's unused exemption essentially doubles that amount for married couples. The amount of money that is exempt from the estate tax certainly seems to fall within Buffett's guidelines -- even if the deceased has several dependents to provide for.

If you want to leave an even larger estate to your heirs, it may be possible with estate-planning tools set up in advance of your passing. For instance, Sam Walton famously avoided much of the estate tax's bite by ceding 80% of his stake in Wal-Mart to his children before it grew to be the behemoth it eventually became.

Additionally, if you have a larger estate and want to pass some of it on to a charity, there's good news there, too. Bequests to a charity reduce the amount of your estate subject to the estate tax. Indeed, much of Buffett's wealth will be given to the Bill and Melinda Gates foundation, a charity dedicated to improving poverty, health, education, and public policy.

Ultimately, though, two things are true no matter the size of your estate: One, it's your money, and two, you can't take it with you. The time to plan for what happens when you pass away is now, especially if your estate may eventually have to file Form 706 because of estate taxes.

Why Would You Need Form 706? @themotleyfool #stocks Next Article
Current