The CEO of SoftBank, Sprint’s parent company, says job cuts are necessary to turn the troubled wireless carrier around.

SoftBank (NASDAQOTH: SFTBF) CEO Masayoshi Son said on an earnings call recently that Sprint (S) will need to cut "thousands" of jobs and cut at least $2 billion in annual costs. This wasn't a complete shock, considering that several reports came out a few weeks ago noting that Sprint would likely lose some jobs.

"I think $2 billion is a minimum target, and we should go even deeper. We need to do this, including reduction of personnel," Son said on the call.

Sprint is arguably stronger now than it was when SoftBank purchased a majority stake in the company back in 2013, but even given its mostly positive third-quarter results, the company still has a lot of work ahead of it to catch up to its closest competitor, T-Mobile (TMUS -0.18%).

This was the first quarter in two years that Sprint posted positive postpaid net additions, and the first time in three years the company posted positive postpaid phone net additions for six consecutive months. So why does Sprint need to make cuts if it's on the path to recovery? Because the carrier blew through $100 million in the quarter and still can't keep up with the competition.

Take a look at Sprint's net additions compared to T-Mobile's. 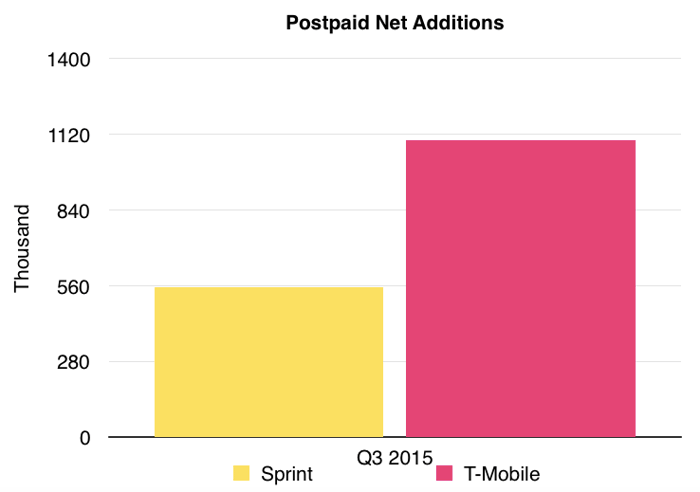 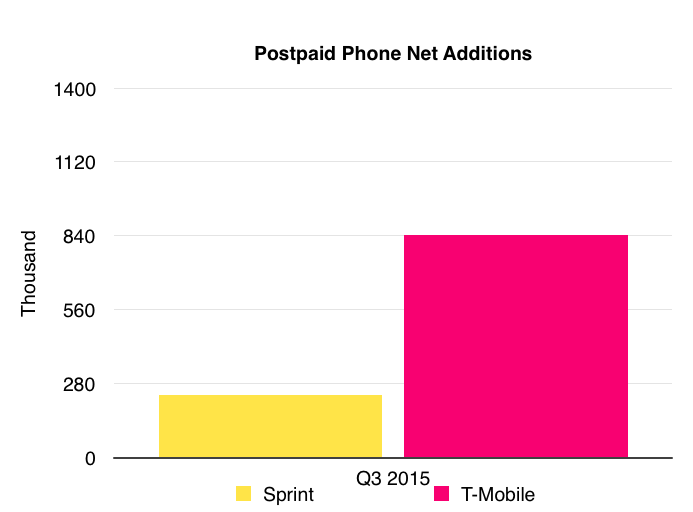 In the second quarter, T-Mobile overtook Sprint as the nation's third-largest wireless carrier by subscriber numbers. So even as Sprint started making some gains in net additions and phone additions in Q3, it's not nearly enough to catch up with T-Mobile's current lead.

Cutting back to get ahead
Of course, no one wants to see Sprint cut any jobs, but the carrier will have to do so to help reach the $2 billion to $2.5 billion in annual spending cuts. Son also mentioned that other cutbacks will come, like ditching free snacks for employees (which is expected to save $600,000), and having workers empty their own trash cans. Clearly, Sprint still has a long road ahead.

But the carrier will need to see several quarters of strong customer additions to make the turnaround a reality. While Sprint has made some big moves recently, like its inexpensive iPhone Forever plan, it doesn't come close to the blitz of publicity and customer growth that's propelled T-Mobile to the No. 3 spot.

I don't see Sprint taking that lead back form T-Mobile anytime soon, especially considering that the carrier already burned through $100 million in the third quarter and made only modest gains. Sprint will have to settle with a slow and steady turnaround -- and at this point any positive gains should be praised.

Chris Neiger has no position in any stocks mentioned. The Motley Fool has no position in any of the stocks mentioned. Try any of our Foolish newsletter services free for 30 days. We Fools may not all hold the same opinions, but we all believe that considering a diverse range of insights makes us better investors. The Motley Fool has a disclosure policy.