At The Motley Fool, we believe in holding stocks for the long term. That doesn't mean we should ignore events that can cause larger, immediate movements in a stock's price. Clinical-stage biotechnology companies -- those without a marketed product -- are especially prone to such movements.

When a company such as bluebird bio (NASDAQ:BLUE) and Bellicum (NASDAQ:BLCM) has some clinical results in hand, it could just issue a press release. Instead, it typically waits for scientific conferences to maximize the impact on the medical community. Those impacts can be fairly intense on share prices as well.

The annual meeting of the American Society of Hematology, or ASH. is one of the more significant conferences. Although dozens of companies will present something, data from these two cell-therapy pioneers is hotly anticipated.

Upsetting, not catastrophic
Ahead of the meeting, ASH releases previews, in the form of abstracts, for people to mull over before the presentation itself. On Nov. 5, ASH released its abstracts, and investors didn't like what they saw from bluebird's study of LentiGlobin BB305 in beta-thalassemia. 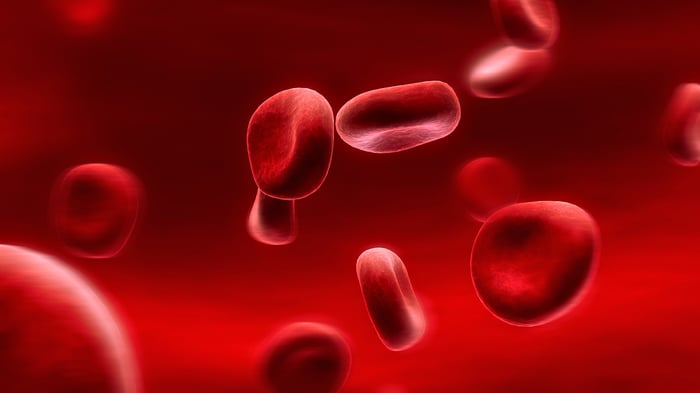 This disease, caused by a defect in the beta-globin gene, leads to impaired synthesis of the hemoglobin protein that ferries oxygen and carbon dioxide around the body. Patients who inherited defective copies of the beta-globin gene from both parents, called beta-thalassemia major, require frequent transfusions throughout their lives, which leads to problems of its own.

Bluebird bio's LentiGlobin BB305 is being developed for the treatment of the disease. It works by inserting a functional beta-globin gene into the patient's own hematopoietic stem cells outside the body. Those modified cells are then returned to the patient through a stem-cell transplant. Despite its complexity, the FDA has designated it a breakthrough therapy, giving bluebird access to top regulatory staff members to expedite the review process.

Of course, before even submitting an application the company needs to prove it works safely and effectively. So far, results have been highly encouraging. Last year at ASH, the company presented data from the first beta-thalassemia patients to undergo LentiGlobin BB305 therapy. At that time, the first subjects were producing enough hemoglobin on their own to reduce or eliminate their need for transfusions.

When bluebird's abstract was released on Nov. 5, investors quickly noticed something upsetting. Most patients with beta-thalassemia major have at least one semi-functional copy of the beta-globin gene, but the Northstar study enrolled three patients with two totally dysfunctional copies. Two of these patients received a single red blood cell transfusion, and the third remains transfusion dependent.

As minor as this sounds, the stock ended the day about 20% lower as a result. The thing is, these patients with two totally dysfunctional copies of the beta-globin gene are extremely rare, leaving much of the potential patient pool intact.

Furthermore, most analysts feel sickle-cell disease represents a larger opportunity for BB305 than beta-thalassemia. So while it may not be a total cure for the most severe beta-thalassemia patients, investors will want to gauge just how well it treats the condition and look for encouragement during its sickle-cell data presentation on Dec. 6.

Improving transplant outcomes
For patients with a range of issues including beta-thalassemia, allogeneic stem cell transplants can be curative, but finding suitable donors is difficult. One option is slightly mismatched donor cells from a parent or sibling, but T-cell depletion is required to avoid deadly graft-versus-host disease. Of course, removing those T-cells exposes patients to serious infections.

Bellicum's lead candidate, BPX-501, is designed to mitigate this problem. It involves the removal of potentially reactive T-cells, modifying them outside the body, and then reintroducing them to the patient via infusion. The modified T-cells can protect patients from opportunistic infections. More importantly, if they start attacking the host, a patented "safety switch" inserted earlier allows healthcare providers to turn them off by administering an otherwise benign compound.

Every year an estimated 21,000 allogeneic stem cell transplantations take place around the globe. With a safer method that also expands the available donor pool, that number would almost certainly rise. It's awfully early in BPX-501's development, but data from a handful of early stage clinical studies suggest it could make it happen.

In abstracts recently released by ASH, the rate of infection in patients post-transplant has been low. Also encouraging is the very manageable rate of graft-versus-host issues. So far they've been limited to skin level reactions that they can be controlled with topical steroids. While it's great that the reintroduced T-cells seem to have struck the right balance, we still don't know if the safety switch will work effectively, as clinicians haven't needed it yet.

Challenges ahead
When ASH released Bellicum's abstracts, the market cheered and the stock ended the week up about 7% following their release. Investors will want to listen in on presentations of BPX-501 data for additional info, when the company presents on Dec. 5, 6, and 7.

Before you go plowing your hard-earned money into either of these companies, there are a few things to bear in mind. First of all there are almost no revenues for either, so their stock prices are extremely volatile. Any change to perceptions of approval likelihood, for either program, will lead to big gains or heavy losses.

Winning approval is a crucial hurdle, but perhaps even more unpredictable than human physiology is the market for expensive cell therapies. Selling a pill is difficult enough, but selling a process that involves removing someone's blood, genetic engineering of extracted cells, and the subsequent infusion is next to impossible. Just ask Dendreon's former investors. In a little over four years after winning approval for its cell-based cancer therapy, Provenge, the company declared bankruptcy. Even though there is enormous potential for gains here, the risks are just as big.