Please ensure Javascript is enabled for purposes of website accessibility
Log In Help Join The Motley Fool
Free Article Join Over 1 Million Premium Members And Get More In-Depth Stock Guidance and Research
By Dan Caplinger - Nov 28, 2015 at 9:00AM

If you want a lot of US small-cap stocks, small-cap ETFs (exchange-traded funds) might be the best way to get them. 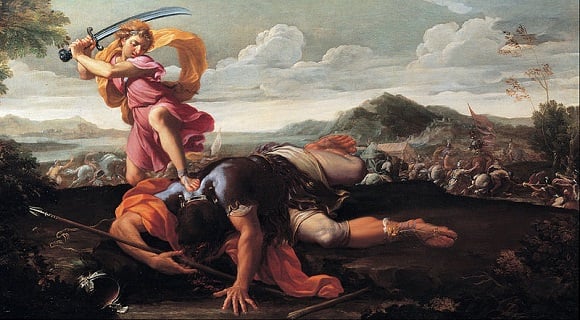 Small-cap companies have higher long-term returns than their large-cap counterparts, but many investors prefer to use exchange-traded funds (or ETFs) that specialize in small-cap stocks in order to improve diversification and avoid some of the higher risks of choosing individual companies. Yet not all small-cap ETFs are the same. To help give you a sense of what you have to choose from, below you'll find a small-cap ETF list of three ETFs that have delivered solid results for their shareholders over time (and a fourth that has somewhat underperformed, but may be of interest to some investors).

Let's dive in to some more detail.

Going for liquidity
The largest small-cap tracking ETF is the iShares Russell 2000 ETF (IWM 0.37%), which has about $28.5 billion in assets under management. The goal of the ETF is to track the popular Russell 2000 small-cap index, and the iShares ETF uses the brute-force method of owning close to 2,000 stocks in its portfolio to track the index.

The iShares ETF's expense ratio of 0.20% isn't the lowest in the business, but its liquidity makes it highly attractive to frequent traders. With average daily volume of 7.8 million shares over the past month, the iShares ETF makes it useful for individual and institutional investors alike, and its average annual total return of 7.5% over the past 10 years as of Oct. 31 has done a good job of tracking its benchmark.

The Vanguard ETF's claim to fame is an expense ratio that's less than half the iShares fund, at 0.09%. The trade-off, though, is that the Vanguard ETF doesn't trade with the same liquidity as the iShares ETF, with a substantially lower average daily volume. The ETF sports $54.7 billion in assets when you combine it with Vanguard's index mutual fund of the same name, but frequent traders can expect the risk of wider bid-ask spreads that could eat into expense savings.

Similarly, the Schwab Small-Cap Core ETF (SCHA 0.22%) has even lower expenses of 0.08%. It tracks yet another index, the Dow Jones U.S. Small-Cap Total Stock Market Index, and holds about 1,750 small-cap stocks. It has only been around since November 2009, but its five-year average annual return of 13.4% is in line with its benchmark. With average volume of just 330,000 shares, however, trading-related costs can also offset expense ratio savings.

A smaller option
For those who want truly tiny companies, the iShares Micro-Cap ETF (IWC 0.00%) keys in on stocks with market capitalizations at the low end or below the typical range of what are considered small-cap businesses. The Russell Microcap Index actually overlaps with the Russell 2000, taking the smallest 1,000 stocks in that index and adding in the next 1,000 smaller stocks below that.

Returns haven't been as strong for the microcap ETF as for the Russell-tracking counterpart, with average annual returns of 5.2%. Part of the problem is that the ETF has lagged half a percentage point behind its benchmark, due in large part to the high expense ratio of 0.60%. This higher ratio is meant to pass through the trading costs associated with less liquid microcap stocks, but it runs the risk of holding you back from the full benefit of these players. Investors have gravitated toward safer stocks at the higher end of the small-cap spectrum lately, but that trend tends to reverse itself from time to time, and that could make the microcap ETF a good bet for the future.

Which should you choose?
Each of these ETFs is suitable for a wide range of investors, but which you pick depends on what's most important to you. For frequent traders, the liquidity of the iShares Russell 2000 ETF gives it an advantage. Cheaper costs outweigh liquidity concerns for long-term investors, making the Vanguard or Schwab offerings more attractive. Those with Vanguard or Schwab brokerage accounts can trade their respective ETFs commission-free, making the choice easier. Finally, those who want the top potential of tiny companies can consider microcap ETFs like the iShares fund.

Small-cap stocks involve some added risk, but their solid returns make them worth your attention. Choosing ETFs can be a great way to control risk while getting the benefit of diversified exposure to this lucrative part of the market.

Investing in Your 20s: 5 ETFs to Watch