A look at where each dollar of Amazon's sales ends up shows that it doesn't have a lot of room to make money. 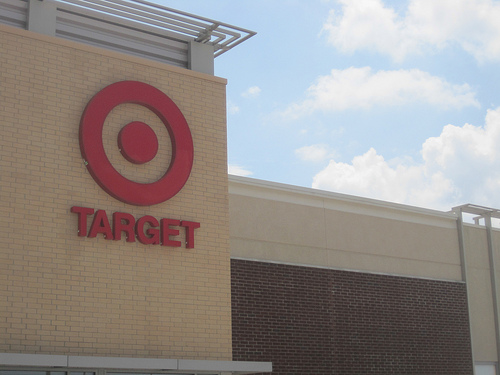 The retail industry has always been full of cutthroat competition, and today, online retailers like Amazon.com (AMZN 0.25%) are taking market share and building massive businesses to compete with brick and mortar. Standing in the way are established discounters Walmart (WMT 0.11%) and Target (TGT 1.26%), who have dominated retail until the rise of online shopping -- and aren't going to give up their place without a fight.

How do we judge who is winning this battle? Let's let the numbers speak for themselves.

How to build a retail giant
If you're going to build a major retailer, you have to do something better than competitors. What Walmart was able to do was use technology (it built the largest private satellite network in the 1980s) to lower operating costs and inventory sitting in warehouses. To this day, it uses those savings to offer lower prices than competitors.

Target used its scale to buy at low prices, like Walmart, but it combined that scale with a little style that allowed it to command higher prices. As we'll get to in a second, that resulted in a higher gross margin than its discount competitor. Both models worked until the rise of online retail.

The Kindle has helped draw customers to Amazon, but it hasn't helped the company make money. Image source: Amazon.

Is Amazon winning online?
The threat most people see from online retailers is that they can reduce operating costs because they don't have to run stores. They can use this to lower prices and steal market share. But is that really happening?

One good way to analyze retailers is to look at where each dollar of revenue goes. There are three main costs associated with running a retail company: cost of goods sold, operating costs, and non-operating costs (like interest expense and taxes).

If we look at third-quarter results from Amazon, Walmart, and Target side by side, you can see where they spend their money. As I mentioned above, Walmart makes less in gross margin on each sale than the other two, while Target generates slightly higher margins while spending more on operations. Amazon has the highest gross margin, which actually makes sense because studies have shown that its prices are higher than Walmart's and Target's on average. Amazon's figures also still include the high-margin AWS business, which isn't fully broken out in financial results, helping the margin figure.

Today, Amazon's real advantage is that it generates a higher gross margin than its brick and mortar rivals. That's the only reason it's not losing money right now. But operating costs will remain higher than both Walmart and Target because of high shipping costs, something Amazon won't ever be able to eliminate from its business.

What's ahead for Amazon?
Amazon has certainly built a big retail business and is now worth $312 billion versus just $45 billion for Target and $189 billion for Walmart. But it isn't profitable, and to change that, it will need to lower one of the major costs in its business that I've outlined above.

The biggest opportunity I see to lower costs and increase profits is in operating costs, particularly shipping costs. But when your business is built on shipping every order to a customer's doorstep, there may not be many options to cut costs. It's something to think about when deciding whether Amazon.com is the right stock for your portfolio.