Investment managers with over $100 million under their control must report their holdings on a quarterly basis to the Securities and Exchange Commission on form 13F within 45 days of the end of the quarter. For committed investors, this information provides insight into the decisions of some of the most successful money managers -- along with potential stock ideas. Today, we're looking at three new holdings added by the Baupost Group, led by legendary value investor Seth Klarman: Alcoa (AA), PayPal Holdings (PYPL 1.26%), and Twenty-First Century Fox (FOX) (FOXA). 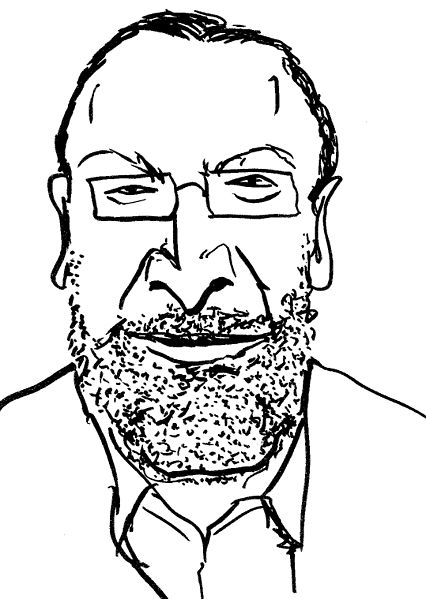 First, a few words -- or numbers -- to explain why it might be worth tracking the Baupost Group: In March, The Wall Street Journal reported that Baupost's main fund had achieved a net annualized return from inception (Dec. 14, 1990) of 17%. If we assume this is to the end of 2014, the equivalent return for the S&P 500 is 10.2%, including dividends. Beating the index by nearly 7 percentage points on an annualized basis over a 24-year period is staggering (all the more so when one considers that Baupost's 17% return is net of the hefty fees it charges its investors).

The Baupost Group runs a concentrated portfolio; each position is the product of painstaking research and, therefore, is indicative of genuine conviction. None of the stocks in the portfolio are throwaway positions. In the third quarter, the three most important additions (positions larger than 4%) to reported equity holdings were:

1. Alcoa, 8.4% position
At the end of September, I wrote positively about Alcoa's plan to split into two companies in order to highlight the value in its midstream (rolled products) and downstream (engineered products) businesses.

Last Monday, Elliott disclosed it has an economic exposure of 6.4% to Alcoa's shares outstanding, describing the stock as "dramatically undervalued." Elliott's cost basis on the common stock component of the exposure is $10.33 (the rest of the exposure is via options and swaps).

The market judged that Elliott Management's involvement was auspicious (so do I): Alcoa shares closed up 4.4% on Monday.

The volume-weighted average price (VWAP) of Alcoa in the third quarter was $9.72, according to data from Bloomberg. On Monday, the shares closed 3.7% below the VWAP, at $9.36.

2. PayPal Holdings, 5.6% position
The Baupost Group "inherited" its position in PayPal when the online payments company was spun off by eBay at the beginning of July. It's notable that Baupost not only kept its PayPal shares, but added to the position, purchasing an extra 1.59 million shares.

Four years ago, Klarman told Charlie Rose in a rare interview that he was still at the first stage of the value investor's evolution in that he remained focused on buying "cigar butts" (fair or mediocre businesses that are significantly undervalued).

The purchase of PayPal suggests his approach has since evolved; well positioned in a growth market, this is no ordinary business. I've written positively about PayPal on several occasions recently, including here.

The volume-weighted average price of PayPal in the third quarter was $36.66, according to data from Bloomberg. The shares closed at 4% below that level ($35.26) on Monday. 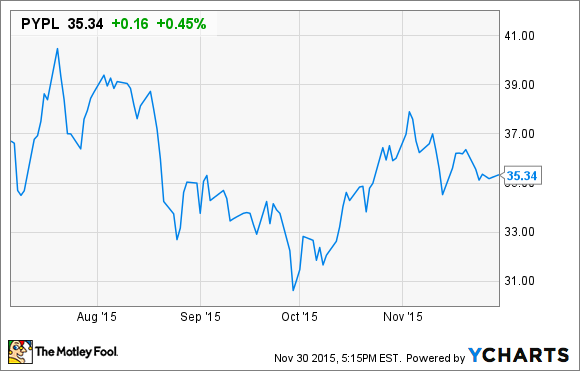 [T]he company enjoys strong competitive advantages based on its worldwide cable networks, along with its film and television studios. [...] Our guiding premise within media is that the value of video content continues to increase even as the distribution markets mutate. Following the split from News Corp, Fox now operates a global entertainment company that is well situated to capitalize on increasing content value.

I suspect this analysis is correct. Despite scrappy new entrants including Netflix and Amazon.com, only a small number of companies have the capabilities to produce high-quality content for a global market. Another high-quality franchise for Baupost's portfolio, then.

The volume-weighted average price of FOX in the third quarter was $28.70, according to data from Bloomberg. On Monday, the shares closed 4.4% higher than the VWAP, at $29.95.

Alex Dumortier, CFA has no position in any stocks mentioned. The Motley Fool owns shares of and recommends Amazon.com, Netflix, and PayPal Holdings. We Fools may not all hold the same opinions, but we all believe that considering a diverse range of insights makes us better investors. The Motley Fool has a disclosure policy.

3 Stocks That Could Make Huge Moves This Week
405%