Next year will be critical for Tesla Motors (NASDAQ:TSLA). Not only will the company begin to ramp-up production of its recently launched the Model X SUV, but it also plans to show its Model 3, a fully electric car the company says will be priced at about $35,000 before any incentives.

But despite all of the attention Tesla's X and 3 will likely garner during 2016, investors shouldn't write off the Model S as history. If the company's pattern of aggressively updating the car is any indication of how next year will play out, the Model S could see some key improvements during the year. And, perhaps most interestingly, Tesla could even launch a lower-cost version of the Model S.

Tesla's pricing history
Batteries are the main determinant of the prices of Tesla's vehicles. Currently, the smallest battery available for the Model S line is the company's 70 kilowatt-hour version. The 70 kWh rear-wheel drive Model S, or the 70 Model S, starts at $70,000.

But this hasn't always been the floor for Model S pricing. Tesla has had smaller battery options for the Model S in the past.

When the company first launched the Model S, it offered a 40 kWh version. But the value proposition for this car in relation to its price wasn't compelling. At the time, the vehicle lacked most of the features you would expect from a luxury sedan. On top of this, the vehicle sported just 160 miles of range on a full charge -- not enough for customers buying a car that started at $60,000. And keep in mind: Tesla's Supercharger network, which enables free long-distance travel with fast charging, was still virtually non-existent in most areas.

More recently, Tesla was selling a 60 kWh Model S with 208 miles of range. While the model was more popular with customers than the than the 40 kWh model, the company decided earlier this year to replace this version with a more expensive 70 kWh dual-motor option, which had 240 miles of range.

But things have changed.

The case for the 60 kWh Model S
Tesla's pricing for its entry-level version of the Model S is now moving in the opposite direction. In July, Tesla announced its current entry-level version, a rear-wheel drive 70 kWh Model S, dropping the vehicle's starting price from $75,000 to $70,000. And Tesla's April decision to replace the 60 kWh Model S with a dual-motor 70 kWh version for slightly more could also be viewed as an aggressive pricing decision, given that new entry-level variant offered more value all around. Indeed, the value was so much greater that the dual-motor 70 kWh Model S almost certainly sported lower gross profit margins than the 60 kWh version it replaced.

Going forward, a number of aspects could compel management to consider even more aggressive pricing tactics for the Model S, including manufacturing efficiency gains, rapidly improving production capacity, and lower-battery costs. But the biggest reason it may be time to introduce a less expensive Model S is probably Tesla's much improved charging network compared to when the car was first launched. 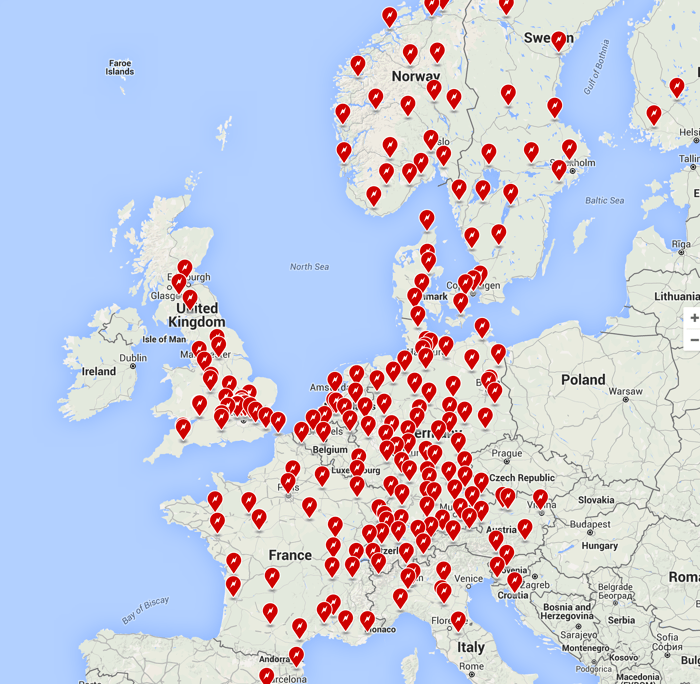 Even just 200 miles of range for a Model S may be compelling today. The proliferation of the company's Supercharger locations, which can charge a Tesla vehicle from a 0% charge to 50% in about 20 minutes, and to 80% in about 40 minutes, combined with the ramp-up of Tesla's Destination Charger locations, have made traveling in the Model S far more convenient today than it was even just a two years ago.