Maybe the enemy is closer to home than you think.

OPEC is still getting a lot of blame for low oil prices, which have led to losses of around $700 billion for energy investors. While it's true that OPEC's decision not to cut its own production has led to low prices, it's also true that the cartel's production hasn't wavered much at all in the past decade, while U.S. production has nearly doubled. 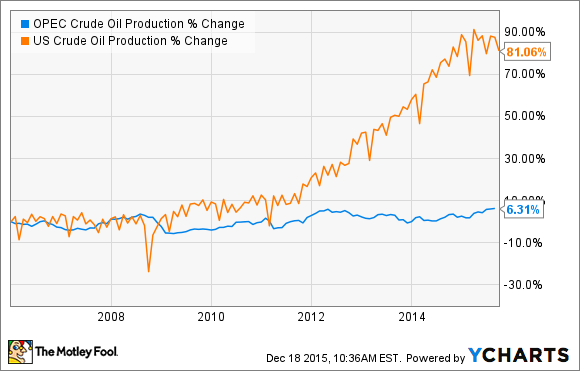 Was the oil glut that led to low oil prices really OPEC's fault? And if OPEC's desire now is to squeeze U.S. shale, Russia, and others long-term, do you really think they'll give up on that strategy after a few months? 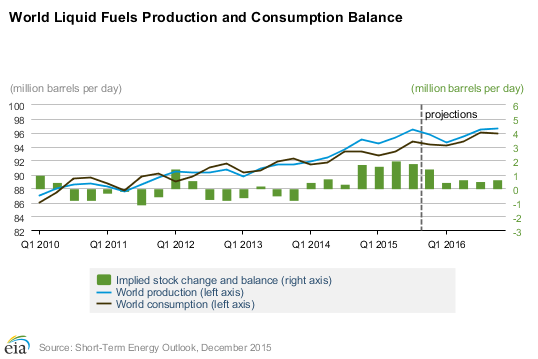 But if you are looking for culprits, you don't need to look any further than the 1.72 million barrel per day growth in U.S. production in 2013 and the further 0.86 million barrels per day added in 2014. 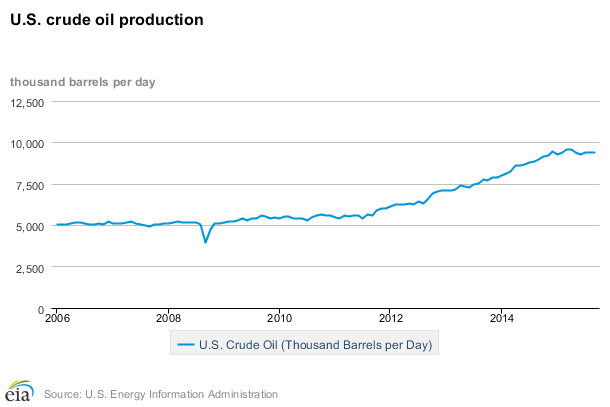 The problems in U.S. oil can be seen clearly at Continental Resources (CLR 3.03%) and Whiting Petroleum (WLL). In the third quarter of 2015, despite extremely low oil prices, Continental increased its production 25% over its numbers a year ago, while Whiting's production climbed 38%. It's been in these companies' interests to increase production because they've had lower cash production costs than oil prices over the past year -- but that game can only last so long with oil prices still falling. It's no wonder the U.S. can't reduce the oversupply it has created with companies seeing an incentive to pump more and more oil out of the ground.

We tend to blame OPEC for the low price of oil, but over the last decade OPEC has kept its production quota at around 30 million barrels per day. It has changed production far less than U.S. producers, so it's not actually OPEC's fault oil prices are dropping -- they just aren't coming to the rescue of companies like Continental Resources and Whiting Petroleum.

What is OPEC to do?
Last December, I wrote that this market dynamic put OPEC between a rock and a hard place. If OPEC decided to cut production 2 million barrels per day, oil might jump to $100 per barrel again -- but U.S. shale producers would just start growing again. This would leave OPEC with a smaller market share today and a shrinking market share in the future.

Plus, high oil prices lead to declining consumption in the U.S. and Europe. Since oil prices dropped last year, U.S. oil demand has surged 400,000 barrels per day so far in 2015, the largest increase since 2004 (excluding a quick rise in demand when prices were low in 2010). Low oil prices increase demand, something that isn't lost on OPEC.

So making sure the market is saturated with oil creates more demand and protects OPEC's market share by squeezing out U.S. shale and other marginal producers. Both help OPEC, and both take time to play out.

Don't expect high oil prices tomorrow
While it looks like OPEC's strategy of keeping the world oversupplied with oil to maintain market share is starting to work, it'll be a long slog for everyone involved. Not helping the dynamic is inventory that's been building in the U.S. since this oversupply dynamic started last year. Inventory acted like a sponge to soak up oversupply over the past year, and it could take a year or two to dry that sponge out, even if many producers keep cutting back on drilling in 2016.

This is what free markets look like. The only complaint energy investors should have against OPEC is that it's not bailing them out from their own oversupply problem.

OPEC isn't fixing the oil market, but it isn't the problem many people think it is. The cartel is just acting in its own long-term self-interest. Isn't that what you would do?