Two therapeutic franchises will prove key in determining whether or not Johnson & Johnson enjoys its best year ever in 2016.

On the positive side, Johnson & Johnson raised its dividend for a 53rd consecutive year, it continued to sell off non-core assets, further boosting its cash position and paving the way for more robust growth prospects, and it announced a forecast calling for the filing of 10 novel drugs by 2019 that are expected to have blockbuster sales potential. That's great news, because J&J's pharmaceutical segment is where the majority of its growth and robust margins originate.

Conversely, Johnson & Johnson was also walloped by the rising U.S. dollar and the obsolescence of its hepatitis C drug Olysio. Because J&J reports in U.S. dollars, but operates in many overseas markets, it's required to translate foreign currency back into dollars. Doing so cost it a pretty penny on the top and bottom line in 2015 as the dollar strengthened.

Also, the emergence of Gilead Sciences' Sovaldi and Harvoni crushed J&J's Olysio. This didn't come as a surprise to anyone, with J&J's management team warning Wall Street that this would happen well in advance. Regardless, a 90% drop in U.S. sales is a tough pill to swallow.

Will 2016 be Johnson & Johnson's best year yet?
What does 2016 hold in store for J&J? Although we can't know with any certainty, I would suggest that, when it comes to adjusted revenue and adjusted profits, Johnson & Johnson is on pace for high-water marks in both categories.

Wall Street's consensus estimate calls for $72.4 billion in total revenue and $6.43 in full-year EPS in 2016. The profit per share would represent a new record, but the $74.3 billion in sales generated in 2014 remains the high mark for J&J. However, as noted above, currency translation has played a big role in reducing J&J's sales and profits. It's very much possible that, on an operational basis (sans divestments, acquisitions, and currency translation), Johnson & Johnson will grow to new heights on a year-over-year basis.

What will fuel J&J's growth in 2016?
What will power that growth? Once again, I'd look away from consumer health and medical devices and save all of your applause for the company's pharmaceutical segment. Specifically, oncology and cardiovascular look to be shining stars in 2016.

Oncology
One of the most exciting budding stars in J&J's product portfolio is Imbruvica, a blood-cancer drug that was co-developed with Pharmacyclics. Given the $21 billion buyout of Pharmacyclics by AbbVie (ABBV 0.54%) in 2015, J&J and AbbVie will be looking to split a boatload of forecasted profits. Imbruvica added $454 million to J&J's top line in 2015 through the first nine months. 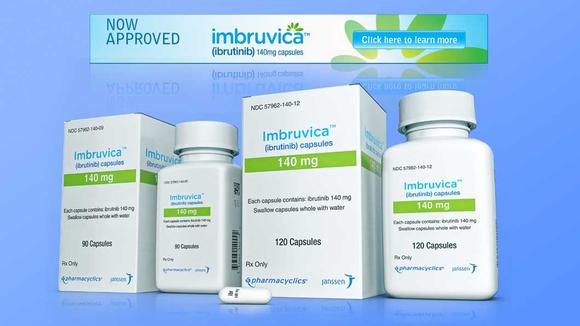 Imbruvica's allure is that it delivered exceptional response rate in chronic lymphocytic leukemia and mantle cell lymphoma patients. Patients with CLL witnessed a 78% reduction in risk of disease progression or death, and 66% of MCL patients saw their cancers shrink or disappear. Considering that CLL and MCL are diseases that can progress over years, there's a long-tail opportunity for Imbruvica to grow. In 2016, it could generate $1 billion or more for J&J; over the long run, J&J and AbbVie are expecting total sales of Imbruvica to top $5 billion annually.

Darzalex, a drug developed by J&J and Genmab, was also recently approved as a third-line and higher treatment for multiple myeloma. Amgen's (AMGN -0.18%) Kyprolis has been quite the success story in the limited third-line and higher indication for multiple myeloma, where peak annual sales potential lies around the $750 million mark. When the Food and Drug Administration approved Kyprolis, it did so after the drug delivered a 23% overall response rate in patients that progressed on a median of five prior therapies.

Here's where things are getting interesting for J&J and Amgen. Although Darzalex and Kyprolis have never faced off in a head-to-head study, and no concrete head-to-head comparisons can be made, Darzalex's approval by the FDA comes after a similar study involving patients who had progressed on a median of five prior therapies showed an overall response rate of 29%! It's possible this modestly higher response could translate into rapid uptake of Darzalex in 2016, helping J&J, and hurting Amgen.

Cardiovascular
Within J&J's cardiovascular franchise, it should be interesting to see if SGLT2 inhibitor Invokana, a drug that treats type 2 diabetes, can keep adding to its impressive sales growth in 2016. Through nine months in 2015, global Invokana sales -- known as Invokamet in overseas markets -- came in at $936 million. That's more than double the $385 million earned through the first nine months of 2015.

What makes SGLT2 inhibitors so intriguing is their mechanism of action and early success. Instead of working in the pancreas or liver, as prior generations of type 2 diabetes drugs have done, SGLT2 inhibitors like Invokana work in the kidneys to block glucose absorption. This, in turn, allows the patient to remove excess glucose through their urine.

Now for the best part: In addition to improved glycemic balance, SGLT2 inhibitors have shown a propensity to induce weight loss and lower systolic blood pressure in type 2 diabetics. This is a good thing, because a majority of diabetics tend to be overweight and/or have high blood pressure.

Competing SGLT2 inhibitor Jardiance, a drug developed by Eli Lilly and Boehringer Ingelheim, also demonstrated a superior reduction in risk of death in a long-term cardiovascular-outcomes study relative to the current standard of care, which is something that had never before been observed in a type 2 diabetes medicine. It's possible this study could be a boon for all SGLT2 inhibitors in 2016, especially with data from J&J's long-term CV-outcomes study due in 2017.

All systems go for J&J
Johnson & Johnson no longer delivers the rapid growth that shareholders were accustomed to in the 1990s and early 2000s, but it's developed into a well-rounded healthcare conglomerate that investors who are seeking a lower-risk investment and a healthy dividend can trust.

Looking ahead, it's likely that the same troubles J&J faced in 2015 will remain on the table in 2016. Discussion of prescription-drug reform, adverse currency translation, and medical-device weakness in the domestic market stemming from uncertainties surrounding the Affordable Care Act, are all reasons why J&J's upside momentum could be slowed. But growth in all three major segments -- consumer health, medical devices, and pharmaceuticals -- is expected in 2016. As such, I see plenty of reasons to consider adding Johnson & Johnson to your investment and/or retirement portfolio.

The Motley Fool owns shares of and recommends Gilead Sciences. It also recommends Johnson & Johnson. Try any of our Foolish newsletter services free for 30 days. We Fools may not all hold the same opinions, but we all believe that considering a diverse range of insights makes us better investors. The Motley Fool has a disclosure policy.