The company believes crowdsourced map data will be the key to the development of self-driving cars. 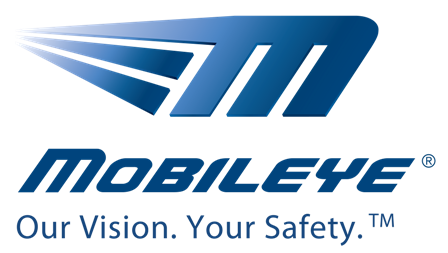 There's no shortage of companies trying to dominate the autonomous and semi-autonomous driving space right now. Alphabet, NVIDIA ( NVDA -1.85% ), Mobileye ( MBLY ), and a host of carmakers all have skin in the game.

Each company takes its own approach to the autonomous driving space, and Mobileye recently offered a glimpse into the company's next steps at the Consumer Electronics Show in Las Vegas.

Mobileye believes that map data, collected by cars and shared with other drivers through the cloud, will be one of the key components in bringing autonomous cars to market. Of course, Google has already shown how important map data is for autonomous vehicles -- but Mobileye insists its approach is different.

How Mobileye wants to use maps
In his CES presentation, Mobileye co-founder and Chief Technology Officer Amnon Shashua said that there are currently two approaches to using maps in the automotive sector, and neither one is correct. Shashua mentioned that Google focuses on fully autonomous cars that drive in small areas that are heavily mapped, while the automotive industry focuses on semi-autonomous cars with lots of sensors and limited mapping data.

Instead of following those approaches, Shashua said Mobileye will focus on using current chips and sensors that the company has in vehicles (through its EyeQ 3 and EyeQ 4 chips) to upload small bits of mapping data to the cloud and then crowdsource it to other vehicles. The company calls it Road Experience Management, or REM.

REM collects just 10 kilobytes of major landmark and road information for every kilometer, then pairs that data with other map data in the cloud, collected from different vehicles. So each vehicle is both collecting small amounts of map data in real-time and using cloud-based data from other vehicles to drive autonomously.

"The low bandwidth of the model, and the fact that it requires only a camera, which is already available in most new car models as part of the trend toward growing driver assistance deployment, enables the map creation and update to be managed by a cooperative crowd sourcing mechanism," Shashua said.

One of the benefits for Mobileye is that the company's technology is already in some vehicles on the road and will come to about 270 automotive models this year, including General Motors and Volkswagen offerings.

Growing competition
Another chipmaker made a big autonomous car announcement at CES this week as well, with NVIDIA debuting the next iteration of its Drive PX platform. The company said its new on-board Drive PX 2 car platform can process 24 trillion deep learning operations per second, which is 10 times faster than its predecessor. NVIDIA also said that Volvo will be the first manufacturer to deploy its Drive PX 2 platform.

But Mobileye doesn't think NVIDIA's autonomous car technology offers much competition. "I think it's not relevant to our space," Shashua said in is CES talk.

That may not be entirely true, as NVIDIA already has more than 50 companies using its current version of the Drive PX platform, and the recent update could drive even more adoption in the automotive sector.

What to expect
Shashua believes the mapping data won't be up and running until 2018, and that revenue from the maps won't come until 2020.

It's worth noting that in the autonomous driving market, Mobileye is still a small player. While the company has a lot of prospects in the self-driving market, the company's stock is likely to be volatile for some time as it tries to increase its position in the space. Investors looking for a company betting it all on autonomous driving tech can find what they're looking for in Mobileye, but don't expect a smooth ride while waiting for big returns.

Will Intel Profit From Self-Driving Cars?

Why Intel Is Paying $15.3 Billion to Acquire Mobileye