Fitbit laid an egg when it launched its Blaze smartwtach at CES last week. Here are two important reasons why.

In a recent article, I offered my thoughts on whether 2016 would be fitness tracker Fitbit's (FIT) best year yet. If this year's early trading is any indication, the answer will be an unequivocal "no." 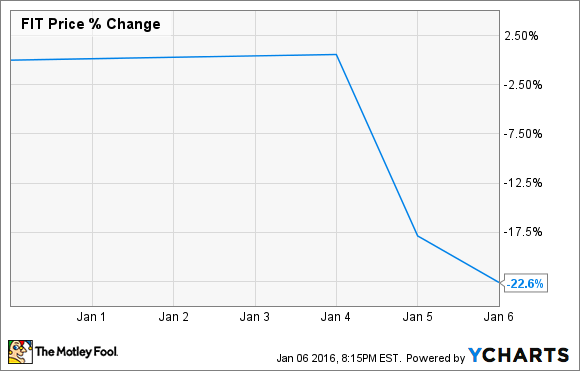 Fitbit's shares were brutalized in Tuesday's trading, after the company launched its Blaze smartwatch and I agree with the negative sentiment. I want to highlight two egregious oversights Fitbit made with the Blaze and the concerns they could raise for the company's long-term trajectory. 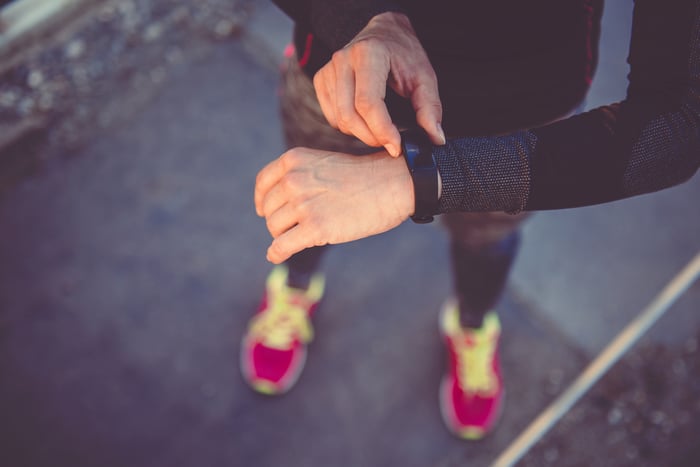 Smartwatch or fitness tracker?
What separates smartwatches from watches and fitness trackers is that they perform a broad array of tasks, such as allowing you to pay for items, check in and board an airline flight, find a destination on a map, check the weather, and many other things. Yet looking at the product information for the Blaze, health-related functions aside, it appears Fitbit's alleged smartwatch can perform a mere two functions -- push notifications and music control.

To be fair, it does appear the Blaze features a host of great health-related tasks, such as activity tracking, workout recognition, sleep and heart rate monitoring, and more. This type of functionality is more commonly associated with fitness trackers, not smartwatches. And though it's disappointing that the Blaze is in reality a not-so-smart watch, its lack of features pales in comparison with the device's other key mistake.

There's not an app for that
Though other features such as the multi-touch interfaces are also synonymous with modern smart electronics, app marketplaces and the third-party apps they facilitate are the hallmarks of the modern smart device. Apps are the bedrock of the smart-device experience. Yet the Blaze was designed without this essential element.

The lack of apps means either Fitbit will internally develop all the various kinds of apps users want, or the device will never stand a chance of stealing any share from smartwatches such as the Apple Watch or the Samsung Galaxy Gear 2, to name a few. It's one thing to launch a smartwatch that's light on features, but this decision makes it seem as if Fitbit is trying to sabotage the Blaze before it even ships. 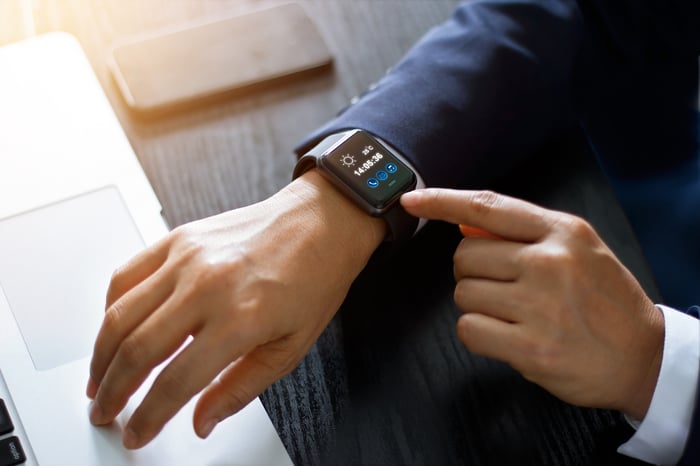 It could be that the Blaze is really a marketing ploy. Fitbit may have buckled under pressure to continue to scale as a publicly traded company and address the competitive threat from other leading smartwatches. Looking at it this way, Fitbit basically put a touch-enabled color screen on top of its high-end Surge tracker, which retails for $249 to the Blaze's $199, and tried to peddle it as a smartwatch. The worst Fitbit would be guilty of is spin, while the device flops and the media skewers both Fitbit and the Blaze.

However, if Fitbit really believes in the Blaze, then the company simply misunderstands technology, and you'd have to wonder about its long-term odds against fierce and well-heeled names such as Apple, Xiaomi, Samsung, and many others. I imagine this isn't the case, but it's worth raising the point, because things probably wouldn't end well for Fitbit and its shareholders in this scenario.

It isn't all doom and gloom for Fitbit investors, though. There's reason to believe that fitness trackers and smartwatches can coexist successfully. Not everyone will want a smartwatch, and that alone should be enough to give Fitbit a sizable market opportunity. And since the smartwatch business doesn't appear to be its forte, it could also prove to be Fitbit's saving grace.