Please ensure Javascript is enabled for purposes of website accessibility
Log In Help Join The Motley Fool
Free Article Join Over 1 Million Premium Members And Get More In-Depth Stock Guidance and Research
By Adam Levy - Jan 13, 2016 at 10:11AM 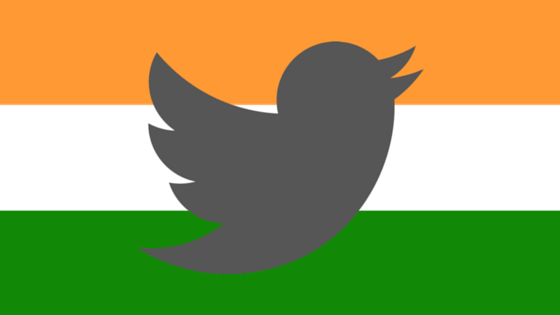 India has become a battleground for two major California-based tech companies. Both Facebook (META -1.01%) and Twitter (TWTR -0.26%) are looking to the country -- which is rapidly coming online -- for growth and opportunities. While Facebook has run into roadblocks with its strategy, Twitter is making progress in the country that will soon have the second-largest Internet population in the world, if it doesn't already.

While revenue per user in developing markets like India is low compared to the United States, there's nevertheless a lot of opportunity for Twitter in India. Here's a look at what the social-media company is up to.

Major partnerships and acquisitions
A little less than a year ago, Twitter announced the acquisition of ZipDial -- a "missed call" service based in India. ZipDial allows users to place a call to a specified number and hang up before the call connects. This missed call notification then tells ZipDial to send them text alerts, incoming calls, or app notifications. In India, customers often only pay for outgoing calls and texts. ZipDial allows them to circumvent that cost.

Twitter is able to use ZipDial to allow people in India to use its flagship product over SMS for free. Calling a certain number allows users to receive texts whenever another user posts something. While these users aren't monetized, they're establishing a relationship with Twitter, which could be useful as more of the country gains affordable Internet access.

More recently, Twitter formed partnerships with Reliance Mobile and chat app Lookup. Reliance Mobile is the fourth-largest wireless operator in India with about 110 million subscribers. Customers can now tweet to manage their accounts and perform tasks like bill pay, reload their plan, receive information about deals, and track voice and data usage.

With Lookup, Twitter is enabling users to search for information and make purchases from a range of retailers. This introduces the concept of social commerce to Indians, something Twitter and Facebook have both been trying to make happen in the U.S. with little to moderate success.

The debate has raged for months, and extended to other countries outside of India as well -- Egypt being the most recent. During that time, Facebook has undoubtedly felt a negative public relations impact in India and other emerging markets.

While Internet.org seems to be doing more good than harm when it comes to growing Internet access in emerging markets, it must face the harsh realities of politics.

The long-term opportunity in India is huge
India is already Facebook's second-largest market, and it's expected to surpass Japan to become Twitter's second largest this year as well. Yet, Twitter is only used by about 2% of India's population. By comparison, Facebook is used by an estimated 10% of the population in India. In the United States, by comparison, roughly 20% of the population uses Twitter.

Reaching the same level of penetration as Facebook has in India would make the country Twitter's largest market -- nearly twice the size as its current U.S. user base. It would increase Twitter's user base by nearly 25% from where it currently stands.

Not only is there huge potential for user growth in India, Twitter may be able to find new revenue streams in the country, too. The partnerships mentioned above open new monetization paths not fully realized in Twitter's more established markets.

It's important to keep in mind that it's a long-term opportunity. Current revenue per domestic user for Twitter is nearly seven times more than international users. Facebook generates 7.5 times more per user in the U.S. and Canada compared to users in Asia-Pacific. It will take time to realize the potential opportunity in India, but Twitter is in a good position to one day do so.

Adam Levy has no position in any stocks mentioned. The Motley Fool owns shares of and recommends Facebook and Twitter. Try any of our Foolish newsletter services free for 30 days. We Fools may not all hold the same opinions, but we all believe that considering a diverse range of insights makes us better investors. The Motley Fool has a disclosure policy.