Here are some things to think about before the social network reports fourth-quarter results.

Don't let the 6% year-to-date decline in Facebook's (META 1.70%) stock price fool you. The expectations going into the company's fourth-quarter earnings report are sky high. Zoom out just a bit and you'll see that, despite the stock's recent decline, shares are still up about 29% during the past 12 months. Can the company live up to high expectations?

Investors will find out soon. With the social network's fourth-quarter report now assigned a date, January 27, Facebook investors will get to see the company's results for themselves in less than two weeks.

Here are some things to think about before the social network reports results.

Expectations
Looking back to Facebook's third quarter as a barometer of what investors might expect from the company during Q4, here's the company's results on several key metrics during Q3.

With Q3 revenue jumping 41% compared to the year-ago quarter, the social network reported a record $4.5 billion in revenue. And Facebook's year-over-year revenue growth during the quarter was a surprising acceleration from the 39% growth achieved in Q2. The acceleration was driven by 45% year-over-year growth in the company's advertising revenue compared to 43% in the prior quarter.

Investors will be looking to see whether or not the social network will return to decelerating revenue growth during the quarter. Analysts, on average, are expecting Facebook to report a record $5.4 billion in revenue, representing 39.2% year-over-year growth compared to the year-ago quarter.

Facebook's Q3 non-GAAP EPS growth will likely be more difficult to sustain during Q4. Facebook is investing "heavily in the business across our near-, mid-, and long-term opportunities," CFO David Wehner noted said in the company's most-recent earnings call. The consensus analyst estimate for the company's non-GAAP EPS is $0.68, representing about 26% year-over-year growth.

The company's ability to grow its user base 4% sequentially during Q3 was particularly impressive, as it represented a higher rate than the 3% sequential growth achieved in Q2. Investors shouldn't expect the company to sustain this abnormally high growth in monthly active users in Q4.

Messenger
One narrative beyond the company's key metrics worth a closer look when the company reports fourth-quarter results is Messenger. Now boasting 800 million monthly active users, the product is taking on the form of a potential catalyst for Facebook's business growth in the coming years. 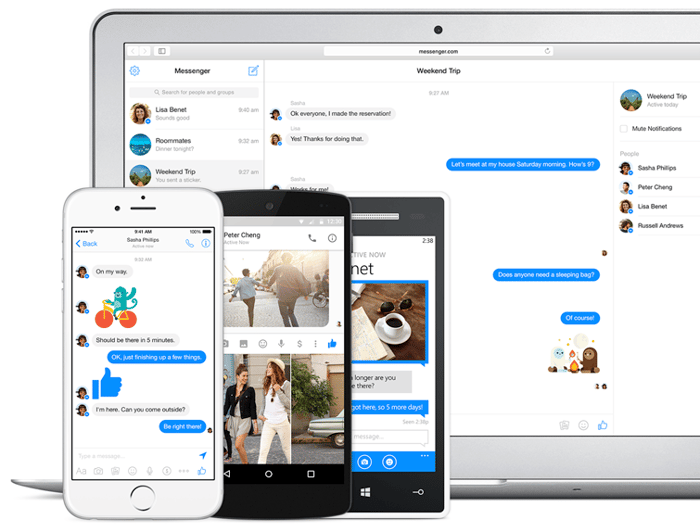 Messenger was separated from Facebook into its own product in 2014, and the company has been rapidly rolling out new features for it, including video calling, greater user customization, and ways for users to easily message businesses directly.

Investors shouldn't expect too much as far as monetization from Messenger during the next few quarters, as management is still referring to the platform as a medium-term opportunity. But as the service continues to grow, and the company continues to integrate commerce and business into the platform, management may begin to provide more insight during earnings calls into the service's potential impact on Facebook's business over the long haul.

There will, of course, be other items to watch when the company reports results, including reported user engagement, as well as updates on its two other major platforms, WhatsApp and Istagram. These items discussed in this article should only serve as a starting point.

Daniel Sparks has no position in any stocks mentioned. The Motley Fool owns shares of and recommends Facebook. Try any of our Foolish newsletter services free for 30 days. We Fools may not all hold the same opinions, but we all believe that considering a diverse range of insights makes us better investors. The Motley Fool has a disclosure policy.