Please ensure Javascript is enabled for purposes of website accessibility
Log In Help Join The Motley Fool
Free Article Join Over 1 Million Premium Members And Get More In-Depth Stock Guidance and Research
By Leo Sun - Jan 15, 2016 at 8:05AM

The chip company sets its sights on this $47 billion market opportunity.

Qualcomm (QCOM 4.17%), the biggest mobile chipmaker in the world, recently made several big announcements during CES 2016. The company discussed drones, smart appliances, and connected healthcare devices, but it also focused heavily on connected cars. Let's discuss the new automotive chipsets that Qualcomm unveiled and how they can help it diversify its top line away from smartphones and tablets.

Meet the Snapdragon A chips
The centerpiece of Qualcomm's connected-car strategy is the Snapdragon 820A chip, which is designed to power in-car infotainment systems. The 14nm chip is powered by a custom 64-bit Kryo CPU core, which Qualcomm claims offers "30% to 85% better performance" while using "up to 60% less power" than generic 64-bit chipsets. Qualcomm also says that the chipset's Adreno 530 GPU offers 40% better graphics performance and power efficiency than its previous-generation chips. 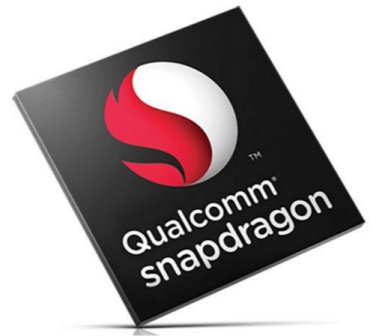 The 820A processor also supports Wi-Fi and Bluetooth connections, while Qualcomm's Zeroth A.I. platform enables vehicles to use machine learning to identify threats with computer vision. A second version, the Snapdragon 820Am, has the same specs as the 820A but adds an X12 modem that supports peak download speeds up to 600Mbps. Qualcomm claims that both Snapdragon A chips will enable infotainment systems to be easily upgraded via firmware and software updates.

Qualcomm also announced that its Snapdragon 602A chips, which were unveiled at CES two years ago, will be installed in select 2017 Audi cars. These chips can help Qualcomm grow its chipmaking revenue from "adjacent areas" like automotive, mobile compute, Internet of Things (IoT), and networking, which together generated about 10% of the company's chipmaking (QCT) revenue in fiscal 2015.

Growth in these businesses will be critical as Qualcomm loses market share in smartphone and tablet chips to low-end rivals like MediaTek and high-end ones like Samsung. That's why Qualcomm acquired CSR, a fabless provider of semiconductor and software solutions for IoT and connected cars, for $2.4 billion last year.

Watch your back, Nvidia . . .
Qualcomm's aggressive move into the automotive market is bad news for Nvidia (NVDA 5.55%), which has been counting on connected cars to fuel demand for Tegra SoCs, which were previously marginalized in smartphones and tablets by Qualcomm. Last quarter, Nvidia's non-GAAP automotive revenue rose 51% annually to a record $79 million, although overall Tegra revenue fell 23% to $129 million, due to weak sales in smartphones and tablets.

In addition to Qualcomm, Nvidia should also keep an eye on Intel (INTC 3.21%), which is also aggressively expanding into the connected car market. At CES, Intel and Jaguar Land Rover partnered up to unveil a connected version of its F-Pace SUV. The companies demonstrated how a car's infotainment system can synchronize with smart home features.

A $46.7 billion market opportunity
Nvidia still has a first-mover's advantage in the connected car market, but big new challengers like Qualcomm and Intel could catch up soon. Research firm Markets and Markets estimates that the global connected car market, which consists of connectivity, telematics, and smartphone integration platforms, could grow at a compound annual growth rate of 10.8% from 2014 to 2020 to reach $46.7 billion.

As that market matures, chipmakers like Qualcomm, Nvidia, and Intel -- which have wisely invested in automotive programs -- could outgrow smaller chipmakers that are racing to the bottom of the commoditized market for smartphone and tablet chips.