Please ensure Javascript is enabled for purposes of website accessibility
Log In Help Join The Motley Fool
Free Article Join Over 1 Million Premium Members And Get More In-Depth Stock Guidance and Research
By Motley Fool Staff - Jan 18, 2016 at 9:00AM

It could be easier than you think. 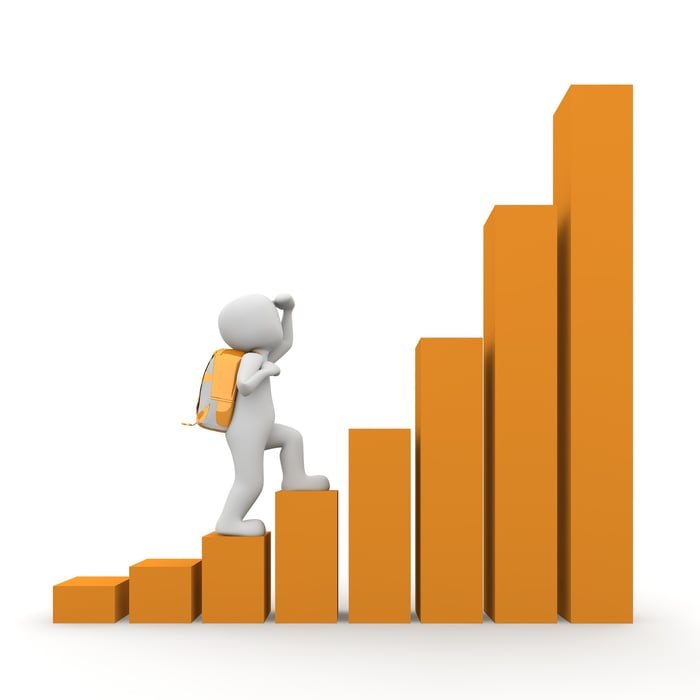 I just read that 345,000 Americans were minted millionaires in one year.

You better believe some of them reached this elite club by investing in stocks.

Despite what you’ve heard, it can be done.

Because there are two things to know about harnessing the sheer power of the stock market.

1. It’s a marathon, not a “penny stock sprint”
Buy great companies. Hold them for years or decades, not days or months.

Amassing wealth is that straightforward.

Yet this time-tested advice isn’t entirely sinking in with investors commonly trading in and out of stocks.

Get-rich-quick schemes (like penny stock services) siphon off a few bucks from your bank account at best, and bankrupt investors at worst.

Consider this: If penny stock trading is so wildly lucrative, then why is it impossible to find a verifiable, market-beating track record for any penny stock services?

The investing Holy Grail is to beat the market.

For anyone doing so, they will be more than happy to trumpet their track record whenever possible.

2. Everyone can profit buying stocks with little time required
Anyone with a regular full-time day job can build a stock market fortune... and it doesn't require hours of work per day, or even per month.

You just need to be clued into which stocks are the best to buy today.

Following alongside pros with a verifiable track record is a good first step.

When it comes to profitable track records, Motley Fool newsletters rise above the rest.

The Motley Fool was awarded a podium-sweeping 1st, 2nd and 3rd place ranking for the best performing stock newsletters in the U.S. as reported by The Wall Street Journal – an enviable feat no other investing advisory has ever accomplished.

Chalk it all up to some of the best stock picking on earth and sniffing out countless stocks that have skyrocketed 10 times… 20 times… even 50 times over!

The catalog of Motley Fool winners includes stocks like:

Just imagine being an early investor in any one of these game-changers… or buying shares of Apple or Microsoft at the dawn of the computing era.

That’s the life-changing opportunity the market is handing you today.

And now is the time to make real progress toward your financial goals, because the Motley Fool stock pickers that called these era-defining winners just announced their two newest picks.

So, don't risk missing your chance at some potentially serious profits.

Just click here to get in on the action!

The Motley Fool owns shares of and recommends Activision Blizzard, Amazon.com, Netflix, Priceline Group, Tesla Motors, and Walt Disney. The Motley Fool recommends UnitedHealth Group. We Fools may not all hold the same opinions, but we all believe that considering a diverse range of insights makes us better investors. The Motley Fool has a disclosure policy. "Look Who's on Top Now" appeared in The Wall Street Journal in Aug. 2013, which references Mark Hulbert's rankings of the best-performing investing newsletters over a 5 year period from 2008-2013. Motley Fool Stock Advisor returns as of May 16, 2016.