Please ensure Javascript is enabled for purposes of website accessibility
Log In Help Join The Motley Fool
Free Article Join Over 1 Million Premium Members And Get More In-Depth Stock Guidance and Research
By Rick Munarriz - Jan 20, 2016 at 11:36AM

The edgy audio-accessories maker takes a hit after updating its outlook for the holiday quarter. 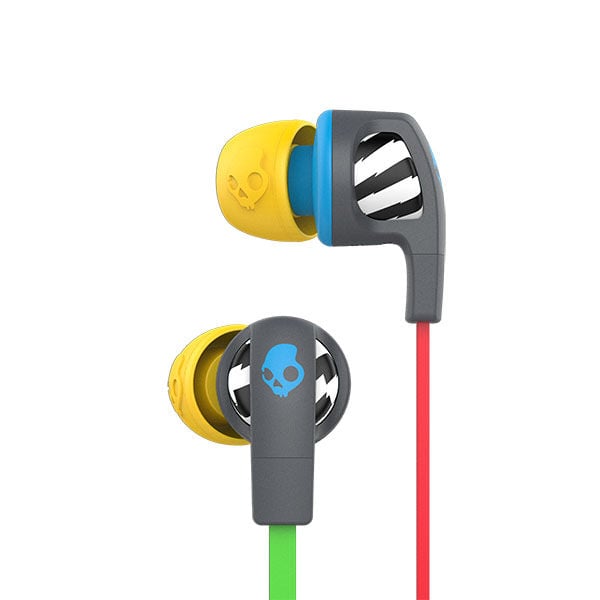 One of last week's biggest losers was Skullcandy (SKUL), which shed 34% of its value after hosing down its earlier guidance. The maker of headphones and other accessories for consumer-electronics products had a rough holiday quarter.

Net sales for the quarter ending in December were essentially flat with the prior year's levels, or up 2% if you back out currency fluctuations. Skullcandy had originally been targeting a 5% to 7% advance, or up 8% to 10% on a currency-neutral basis.

The news gets worse as we work our way down the income statement. The sales shortfall was largely the result of the competitive marketplace, where cutthroat pricing drove margins lower. Gross margins also took a hit, as the growth in sales of lower-margin video-gaming headsets offset the surprising decline in higher-margin headphones in the U.S. market.

Add it all up, and Skullcandy is eyeing a profit of just $0.25 a share to $0.27 a share for the critical fourth quarter after backing out a one-time charge related to a thorny issue with its largest Chinese distributor. That's a far cry from where it was in November, forecasting as much as $0.40 a share in net income.

It's been a rough run for Skullcandy's retail investors. The company went public at $20 in the summer of 2011. It has gone on to shed 85% of its value, hitting yet another all-time low in yesterday's intraday trading.

Skullcandy is gaining ground with its wireless headphone products. Its Astro line of products for diehard gamers continues to gain traction. The problem is that its flagship earbuds and headphones business is in a funk. The company got its start getting extreme-sports enthusiasts to embrace its edgy designs.

Like most makers of audio accessories, Skullcandy can thank Apple (AAPL 2.62%) for its initial success. It was the 2001 release of the iPod -- followed two years later by the launch of Apple's iconic iTunes Music Store -- that opened the market for third-party headphones. Apple's iPod and eventual iPhone came with a bland earbud, sending folks to Skullcandy and other third-party providers for more stylish listening gear.

However, iPod sales and the market for other portable media players peaked a couple of years ago. With Apple reportedly experiencing a slowdown in iPhone sales, it's easy to see why the appetite for Skullcandy's original product is diminishing. The market for streaming music is growing -- and that's good, especially because Apple is making a big splash there -- but this also finds headphones competing against connected cars and bluetooth speakers when folks don't have to keep tunes to themselves.

Skullcandy isn't toast. It's still profitable. It has a clean balance sheet. It's also potential buyout bait; but don't look for Apple to be a potential buyer because it already has Beats on its books. Last week's plunge was rough, but as long as Skullcandy remains profitable, it's hard to fathom the stock heading too much lower.

Rick Munarriz has no position in any stocks mentioned. The Motley Fool owns shares of and recommends Apple. The Motley Fool recommends Skullcandy. Try any of our Foolish newsletter services free for 30 days. We Fools may not all hold the same opinions, but we all believe that considering a diverse range of insights makes us better investors. The Motley Fool has a disclosure policy.

Keurig Green Mountain Inc and Skullcandy Inc -- Should You Invest in These Beaten Down Stocks?