Star Trek Beyond, the latest film in the legendary sci-fi franchise, opens on July 22.

Like most entertainment companies, Viacom (VIAB) is a diversified business whose primary interests are in film and television. But to look at the financials is to understand that broadcast and cable programming deliver the lion's share of profits.

There's been less to go around in recent years. According to S&P Capital IQ, revenue has declined in each of the last four fiscal years. Operating profits had been slowly climbing over the same period, until last year, when they declined 4.9%. The stock responded as you'd expect. 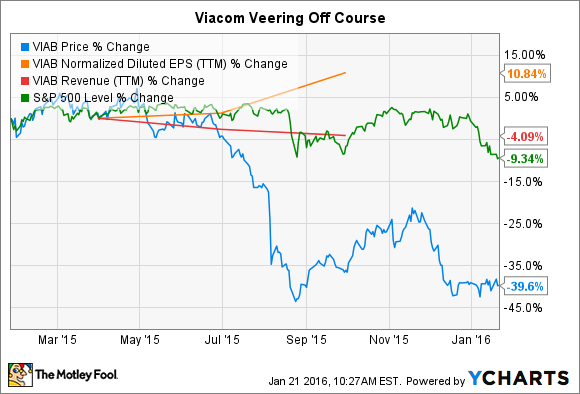 Now it's your turn to weigh in. Even if the trends don't favor Viacom, the stock trades for less than 9 times earnings and pays a dividend yielding 3.8% as of this writing -- enticing figures for bargain hunters. Would you buy at these levels? Keep the conversation going in the comments section below.