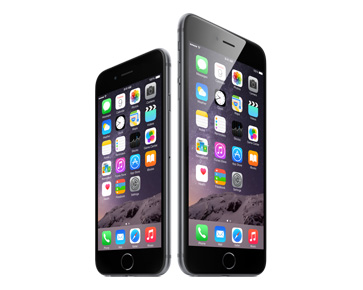 As two of the most dominant names in consumer electronics, Apple (NASDAQ:AAPL) and Samsung (NASDAQOTH: SSNLF) don't have a lot to complain about.

However, with their shares both down appreciably over the past several weeks, both find themselves on the receiving end of investors' ire. So as we head deeper into tech earnings season, investors are asking what's wrong with the world's largest smartphone makers.

Apple and Samsung: Under pressure
Earlier this month, Samsung released preliminary Q4 '15 estimates for its late January earnings report, which indicated that the South Korean electronics giant's operating profits probably rose 15%, despite flat revenues during the period. This performance would mark the second straight quarter of improved business conditions for Samsung, perhaps marking the end to an unusually difficult two-year stretch. However, Samsung's shares sank on the news.

In addition to providing positive guidance for its FY '15 Q4, Samsung also warned that increased competition in several of its largest product lines could challenge momentum in 2016. Samsung consistently ranks as the world's largest smartphone maker by shipment volumes, but slowing growth in critical markets such as China and surging competition from upstarts such as Xiaomi and Lenovo loom large. Similar competitive pressures are also expected to threaten Samsung's TV and memory-chip businesses.

Similarly, concerns that slowing demand for its high-end gadgets has weighed on Apple shares in recent months. A number of credible publications have claimed that Apple has reduced its orders for the iPhone 6s, the device that accounts for the bulk of Apple's financial performance. The resultant sell-off in Apple stock has pushed its shares back below $100 for the first time since late 2014, effectively erasing two years' worth of gains.

While both companies face plenty of skepticism from the market today, I believe Apple stands a far better chance of rebounding than Samsung does.

Apple's saving grace: the iPhone 7
Fortunately for Apple, or unfortunately for Samsung, the upcoming iPhone 7 is likely to be, in large part, both the cause of and the antidote to Apple's recent struggles, because of the biannual form-factor overhaul schedule Apple has historically followed.

Dating back to the iPhone 3G in 2008, Apple has operated on a predictable two-year strategy for the iPhone. And since consumers understand this timing by now, it's easy for iPhone demand to slow in the quarters preceding a new iPhone form factor. In fact, I'm on record as arguing that this very dynamic makes Apple a great buy once its first major risk event -- the Jan. 26 earnings report -- passes.

The same can't be said for Samsung, which lacks the same kind of identifiable catalyst as Apple. Samsung turned its high-end Galaxy smartphone lineup into the Android counterpoint to the iPhone. However, since it controls only the hardware side of the ecosystem, the durability of Samsung's smartphone franchises has been far less durable than Apple's. Samsung finds itself under attack from Apple and LG on the high end and Xiaomi and Lenovo at the low end of its smartphone product portfolio.

The company does enjoy some competitive advantages on the hardware side, with its massive display and chip business, and vertically integrating its own components into its smartphones helps its smartphones' margins to an extent. However, Samsung's lack of control over the software side of its smartphones -- which like almost every non-Apple smartphone, is controlled by Alphabet's Android OS -- makes differentiating a huge portion of its user experience difficult.

So while both Samsung and Apple have weathered headwinds from the market of late, I only see a clear stock-price catalyst for Apple ahead of the iPhone 7 in the coming months.