The chipmaker's shares haven't been this cheap since 2010. Will they bounce now? 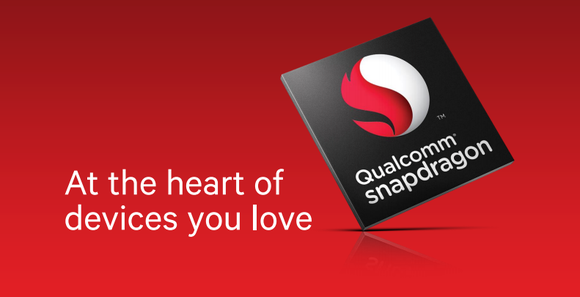 Investors in Qualcomm (QCOM -1.63%) have suffered greatly over the past two years. The stock has lost 40% of its value and left long-term investors facing the prospect of having had dead money for a decade without any share-price gains. As investors prepare for Qualcomm's fiscal first-quarter financial report on Wednesday, they're once again expecting the company to post huge drops in earnings and revenue, and news from rival Intel (INTC 0.01%) earlier in the month of poor results isn't making them any more confident. Let's take an early look at what Qualcomm will tell us this quarter and whether 2016 is likely to be a turnaround year for the company.

What will Qualcomm say?
Most people believe that Qualcomm's fiscal first-quarter report will be ugly. Investors expect revenue to fall by 20% to $5.69 billion, and the consensus forecast has the chipmaker posting earnings per share of $0.90, a third lower than it posted in the year-ago quarter. Even if the company manages to outperform what analysts expect on the earnings front, it's very unlikely that Qualcomm will avoid a sizable year-over-year drop.

Even worse, those who follow Qualcomm have shown signs of losing faith in its ability to bounce back in the near future. Over the past three months, investors have cut their fiscal first-quarter earnings projections by almost $0.20 per share, and they've reduced their full-year fiscal year 2016 expectations by almost 10%. The stock has continued its downswing, falling another 20% just since mid-October.

Qualcomm's fiscal fourth-quarter results in November gave investors more of the mixed messages that they've seen repeatedly in recent reports. Revenue plunged 18%, pushing Qualcomm's net income down by a third. Yet the sales decline was actually four percentage points less extreme than most had expected, and Qualcomm's earnings per share topped the consensus by a nickel. The licensing side of the business held up relatively well, but the semiconductor segment suffered huge declines that mirrored the experience that Intel has seen lately.

Moreover, Qualcomm itself issued guidance that predicted a tough quarter for the company. Qualcomm said adjusted earnings would finish between $0.80 to $0.90 per share, with a wide range for revenue losses of between 15% and 27%.

How can Qualcomm turn things around?
A big challenge that Qualcomm faces involves Samsung (NASDAQOTH: SSNLF), which decided not to use Qualcomm's Snapdragon 810 chip in its smartphones because of overheating problems. In order to get its Snapdragon 820 chip into Samsung's next iteration of the Galaxy smartphone, it agreed to allow Samsung to be the sole foundry for producing the chip. That would be fine if Snapdragon were the only chip Samsung is using, but reports suggest that Samsung will use its own Exynos chips as well as Qualcomm's offerings in the new Galaxy. The Samsung relationship is essential for Qualcomm, and negotiating from a position of weakness shows how the tide has turned in the industry.

The other major long-term factor involves trouble with the company's intellectual property rights in China. Qualcomm has tried to get major Chinese original equipment manufacturers to sign royalty agreements, but it hasn't made progress as quickly as hoped.

One thing that's apparently off the table is a breakup of the company. In December, Qualcomm said that it believes that its current structure is best for its long-term prospects, and synergies that keeping the businesses together creates are vital to the strategic vision that Qualcomm has for its future.

In the Qualcomm earnings report, investors need to get a better sense of exactly how the company expects to move forward in an increasingly competitive industry. With the prospects for further slowdowns in China and elsewhere in the world, Qualcomm's growth could be at additional risk. Unless the company can show a clear path forward, shareholders can't expect to get the turnaround they so desperately want.

Dan Caplinger has no position in any stocks mentioned. The Motley Fool owns shares of and recommends Qualcomm. The Motley Fool recommends Intel. Try any of our Foolish newsletter services free for 30 days. We Fools may not all hold the same opinions, but we all believe that considering a diverse range of insights makes us better investors. The Motley Fool has a disclosure policy.