With the addition of video, Spotify shows once more why its innovation engine positions it to continue to thrive amid increased competition.

In the world of streaming music, it's David versus Goliath in 2016.

On one side, music-specific upstarts such as Spotify and Pandora were founded with the sole mission of bringing great digital-music experiences to the masses. On the other side, resource-rich technology titans Apple (AAPL 0.66%) and Alphabet have both launched their own streaming offerings in hopes of strengthening their lock-tight grip on our increasingly mobile lives.

Can the likes of Spotify and Pandora outmaneuver industry powers such as Apple and Alphabet? A series of recent moves on Spotify show exactly how David beats Goliath.

Spotify innovates with video
This week, Swedish streaming-radio player Spotify added a video playback feature on its app for Alphabet's Android, with plans to add the functionality to its app on Apple's iOS in the next week. This marks the first time any of the major music-streaming services have integrated a broad swath of video from third-party providers, though Alphabet's YouTube Red subscription streaming service does allow users to watch music videos as well. According to the company, the initial release will go live in the U.S., U.K., Germany, and Sweden. A timeline for further expansion isn't immediately clear.

In terms of types of content, Spotify signed partnerships with popular content providers including ESPN, Comedy Central, BBC, Vice Media, and Maker Studios. Most videos will be snippets from popular programs, rather than full-length broadcasts. And while Spotify management has said the service will remain primarily oriented toward music, the company continues to keep ahead of the competition by out-innovating them.

Innovate or die
Since its 2006 debut, Spotify has grown into what might be the most powerful name in streaming music, by way of innovating and adding new features. Video is only the latest example. Spotify's deft maneuvering in the wake of Apple Music's launch late last June is a perfect case study.

With an eight-year head start in on-demand streaming, Apple needed a way to brand Apple Music as different from, and supposedly better than, Spotify. So Apple focused on the one area where Spotify's music platform left something to be desired -- curation.

Though Spotify offered access to a massive catalog of songs, discovering new music wasn't its strong suit. Seeing its competitor's Achilles' heel, Apple attempted to position Apple Music as the leading music-discovery service by featuring its live radio stations, helmed by music industry tastemakers -- most notably its Beats 1 station. At the time, this strategy seemed like a potential ace in the hole for Apple. 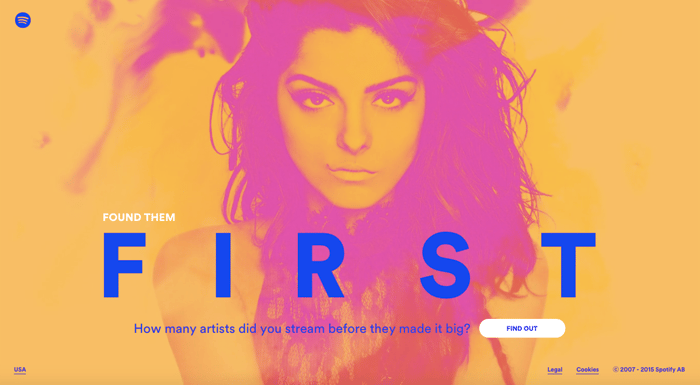 However, Spotify responded with a series of products that countered, and maybe even exceeded, Apple Music's own curation chops. Within the same month as Apple Music's debut, Spotify released its Discover Weekly and Fresh Finds playlist tools, both of which use Spotify's user-analysis technology to create custom playlists. Discover Weekly was a success, and talk that Apple might beat Spotify through curation ceased.

It's this relentless ability to add cool, useful features to its service that has allowed Spotify to stay ahead of its larger, richer rivals such as Apple and Alphabet. It's also the lack of innovation that has so sorely hamstrung Pandora, though even it's beginning to show signs of life on that front. However, Spotify's recent addition of video again illustrates why it has a strong chance of continuing to outpace the likes of Apple, Alphabet, and Pandora in the years to come.