Once left for dead, Sprint's posted its most impressive quarterly report in recent memory, though it still must continued to improve against its more powerful rivals.

Though the past year hasn't been kind, shares of wireless turnaround player Sprint (S) have had some spring in their step last week. 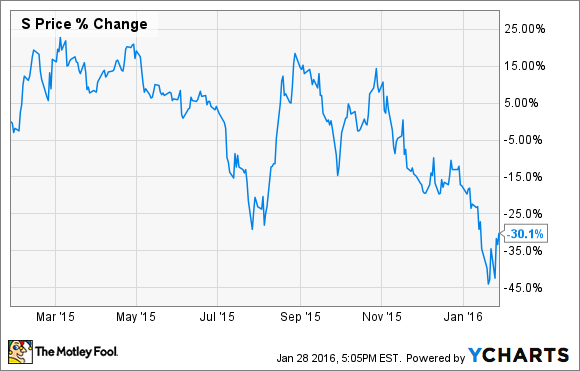 Coming as it did this time of year, it should surprise no one that Sprint's recent surge owed to a much better-than-expected earnings report -- its best in 12 years by some measures.

Sprint's strong earnings
Sprint delivered a hard-fought performance in its fiscal third-quarter report. Almost across the board, the company showed improvements. Beyond the top line, where revenues continued to decline on a year-over-year basis, Sprint's aggressive cost cutting more than compensated for its sales contractions. Its progress on the subscriber growth metrics and networks deployment were also impressive. 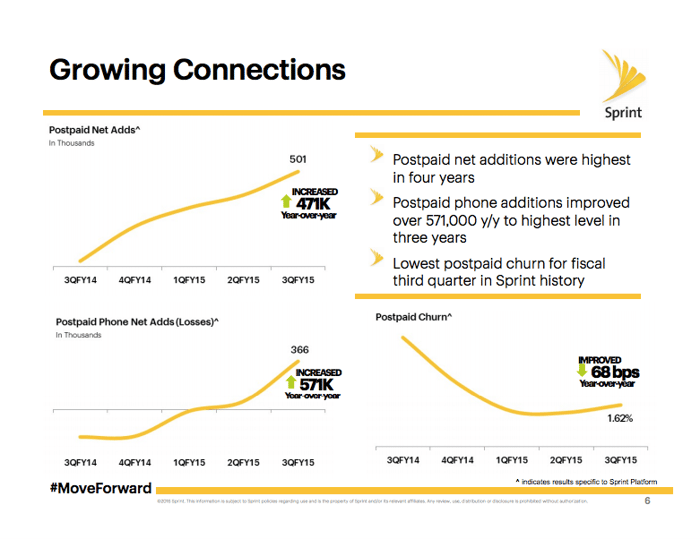 The post-paid subscriber gains at the top left are perhaps the most impressive figure. Amid the cutthroat competition from AT&T, Verizon, and T-Mobile, Sprint has made progress in the overall value proposition, both in terms of price and service quality.

Sprint did lose 491,000 prepaid phone users, but they're considered less valuable than post-paid users, ostensibly because of the aforementioned fierce competition gripping the entire industry.

On the whole, Sprint's results were so positive that the company raised some of its full-year profitability forecasts. Sprint now believes adjusted EBITDA will reach a range of $7.7 billion to $8 billion, up from a previous range of $6.8 billion to $7.1 billion. Proving how malleable figures such as "adjusted EBITDA" are, though, Sprint also projects that operating income will improve to a range of $100 million to $300 million versus prior guidance of a loss of between $50 million and $200 million.

So things are getting better for Sprint and its majority owner, parent company SoftBank -- but that doesn't necessarily equate to a total comeback against AT&T, Verizon, or T-Mobile.

Sprint fell just short of AT&T's tepid postpaid performance. Its customer gains, though commendable given its recent struggles, still lag the rest of the U.S. wireless field. Note that T-Mobile's number came from the preliminary Q4 and full-year results it announced earlier this month, though it's unlikely that its actual report will differ materially from this figure.

The good news is that Sprint appears to be making progress in its network improvement plans, one of the most important tools a carrier has in attracting customers. Coming off its disastrous mergers with Nextel and Clearwire, which used entirely different network technologies from Sprint(Wimax, anyone?), it can be said that Sprint has dug itself out of a deep competitive hole. Even with an effective bailout from SoftBank, Sprint has had to fight a tough uphill battle to solidify its national network, while reducing costs at the same time. So while Sprint deserves credit for reporting a largely improved quarter, the struggling wireless operator has to make more progress to more fully compete with the likes of AT&T, Verizon, and T-Mobile.

Andrew Tonner has no position in any stocks mentioned. The Motley Fool recommends Verizon Communications. Try any of our Foolish newsletter services free for 30 days. We Fools may not all hold the same opinions, but we all believe that considering a diverse range of insights makes us better investors. The Motley Fool has a disclosure policy.