By most accounts, the Internet of Things market is poised to explode, but consumers may not be quite as ready for this technology as pundits think.

Forecasts for the Internet of Things market are through the roof. While estimates vary, nearly all agree that billions of IoT devices are expected to be integrated into our lives over the next five years, amounting to trillions of dollars being spent by both businesses and consumers. Everything from smart cars and cities to connected homes that adapt to our habits will become the norm within a few short years, or so the "experts" predict.

But according to a recent report from management consulting firm Accenture, the migration to an IoT world is overestimating one thing: consumer willingness to get on board. Despite sky-high expectations, the Internet of Things has serious roadblocks to overcome before it goes mainstream. 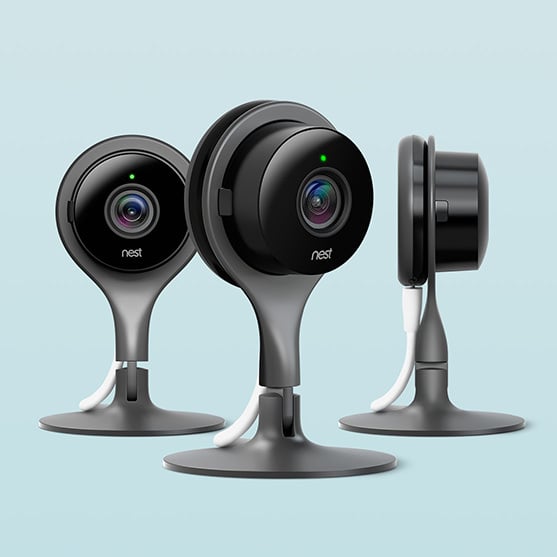 Just the facts
With so much discussion surrounding the IoT, it's not surprising that folks around the globe recognize the impact it will eventually have on our day-to-day lives. But from a consumer's perspective, understanding the upside of smart homes, cars, and cities is one thing -- actually purchasing and implementing IoT devices is another matter.

The No. 1 roadblock to consumers purchasing an IoT device today is price. As often happens when new technologies are introduced to the masses, the initial costs are prohibitive for most people. According to the Accenture data, in a worldwide survey of Internet users, 62% said IoT "things" were too expensive with Alphabet's Nest smart home hub as just one example.

Smart home devices -- along with smart cars -- are expected to be the entrée for the general public into the realm of IoT, which is great news for Alphabet and its IoT home-technology division, Nest. But the asking price of around $200 for a smart thermostat or WiFi home-security camera is more than most consumers are willing to shell out.

And while cost is the biggest hurdle IoT faces today, there may prove to be an even larger concern going forward.

An ancillary benefit to IoT device providers -- the IBMs, Alphabets, and Apples of the world -- will be the reams of user data they can collect, analyze, and ultimately utilize to make better marketing and business decisions. However, the flip side of the ability to amass all that information is that you run smack into consumers' growing concerns about security and privacy. Just shy of half of all the Internet respondents in Accenture's survey said privacy and security fears would prevent them from purchasing an IoT device.

The recently completed Consumer Electronics Show in Las Vegas demonstrated that businesses know how critical IoT security will be. As one industry insider at the event put it, "We have to start architecting security into the Internet of Things now, so it's not the Web all over again." Clearly, consumers are already worried about the potential privacy issues IoT devices create, which will be its biggest hurdle to mass adoption.

What it means
For IBM, these challenges are not nearly as concerning as they are for Alphabet and Apple. IBM has already spent billions of dollars implementing its IoT initiatives, but they are largely commercially based. Businesses are expected to be first in line to utilize the IoT, particularly as it relates to detailed analytics of all that data. And with its cognitive computing wonder Watson, IBM is primed to take a nice slice of the enterprise Internet of Things market.

Alphabet, with its smart home and car systems, along with Apple TV and its own connected auto solutions, will need to take different tacks to gain traction. Both tech behemoths are well positioned to gain market share in their respective niches, but it appears Alphabet and Apple won't reap the benefits of their IoT efforts quite as quickly as some may have thought.

However, all three will enjoy long-term growth thanks to these innovations. Just don't expect that growth to find its way onto their top line just yet: Consumers will need to overcome their sticker shock and security fears before IoT really takes off.

Suzanne Frey, an executive at Alphabet, is a member of The Motley Fool’s board of directors. Tim Brugger has no position in any stocks mentioned. The Motley Fool owns shares of and recommends Alphabet (A shares), Alphabet (C shares), and Apple. The Motley Fool recommends Accenture. Try any of our Foolish newsletter services free for 30 days. We Fools may not all hold the same opinions, but we all believe that considering a diverse range of insights makes us better investors. The Motley Fool has a disclosure policy.