As Amazon holds talks to distance itself from FedEx and UPS, this story is the latest example of the unique approach to risk-taking that makes Jeff Bezos' company so special.

If the past month has been a tough climate for investors, it's been brutal for shareholders of e-commerce giant Amazon.com (AMZN 2.55%). In the wake of another high-growth but profitless quarterly report, the market battered Amazon's shares. It feels like 2014 all over again. 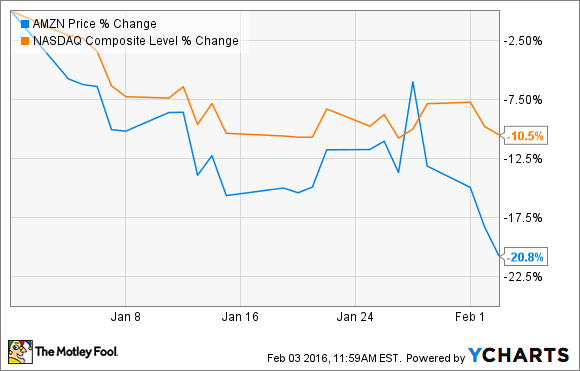 But embedded deep within Amazon's 10-K is a fascinating disclosure that could have massive implications for Amazon and the e-commerce industry's future competitive balance.

That statement brought up the long-running question of whether Amazon plans to begin competing directly with the likes of FedEx or UPS by establishing its own global fulfillment infrastructure. As reported in The Wall Street Journal  last month, Amazon has had discussions with air-freight logistics companies, including Atlas Air Worldwide Holdings and Air Transport Services Group, about potentially leasing as many as 25 Boeing air cargo planes. It's long been rumored that Amazon has wanted to reduce its reliance on third-party logistics providers, which hold a lot of control over the company's ability to coordinate its complex supply-chain operations.

Amazon has already begun using its own trucks, drivers, and couriers to cover the so-called "last mile" of getting orders to customers' doorsteps. So it's not a stretch to think Amazon is laying the foundation for its own delivery infrastructure, a strategic imperative that I think could pay long-term dividends in terms of the company's competitive positioning.

Winning the long game
Expanding its own logistics and fulfillment capabilities would serve Amazon well. For starters, there's the obvious benefit of weaning itself off relying on third-party providers such as FedEx and UPS. And if Amazon itself can become a provider of logistics and delivery infrastructure for other companies in the process, Amazon could also lower its cost structure in the process.

What we'd be seeing is part of the genius of Amazon. Both with its own e-commerce site and the servers it needs to power them, Amazon has been able to create additional revenue streams to finance its own operations by allowing third-party companies to pay to tap into its various platforms. The two most obvious examples are third-party listings on Amazon.com and its Amazon Web Services cloud business. Running its site and servers costs Amazon and its investors money, but the company offsets some of those expenses by using its infrastructure to generate revenue from third parties. It follows that Amazon would again seek to do so with logistics as well.

In a low-margin business like retail, Amazon's ability to find unique solutions to lower its cost basis is one of its greatest competitive advantages. Reducing shipping costs will allow Amazon to further lower prices within its core e-commerce business, which in turn translates to increased sales growth and market share for the already formidable company. So while this move remains in its early stages, this is the kind of measured experimentation I love seeing Amazon consider.

Andrew Tonner has no position in any stocks mentioned. The Motley Fool owns shares of and recommends Amazon.com. The Motley Fool recommends FedEx and United Parcel Service. Try any of our Foolish newsletter services free for 30 days. We Fools may not all hold the same opinions, but we all believe that considering a diverse range of insights makes us better investors. The Motley Fool has a disclosure policy.