Please ensure Javascript is enabled for purposes of website accessibility
Log In Help Join The Motley Fool
Free Article Join Over 1 Million Premium Members And Get More In-Depth Stock Guidance and Research
By Sam Mattera - Feb 7, 2016 at 6:52AM

The athletic apparel giant is about to undertake an aggressive expansion into the market for activity trackers. 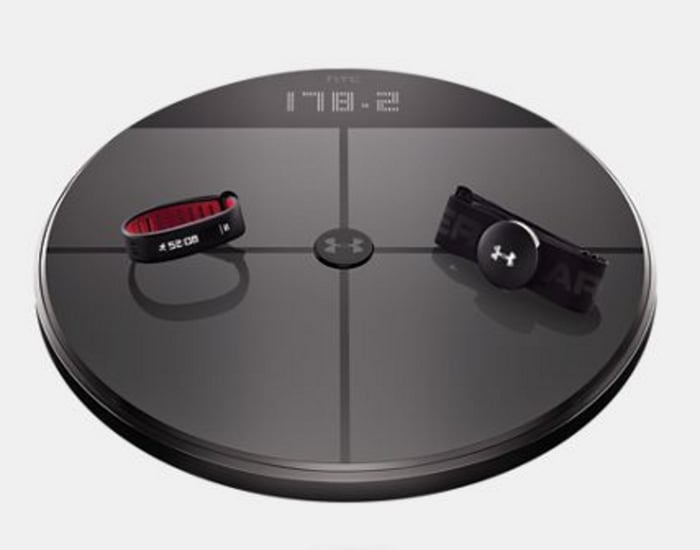 But in the future, Fitbit's biggest rival may come from the world of sports apparel.

Last month, at CES 2016, Under Armour (UAA 3.91%) unveiled a collection of activity-tracking devices, alongside an innovative new app. Paired with Under Armour's existing ecosystem of services, its strong retail presence, and its powerful brand, Under Armour could eventually rise to dominate the space, pressuring Fitbit in the process.

Under Armour HealthBox, Under Armour Record, headphones, Gemini 2 RE
In December, research firm IDC reported that Fitbit was the leading seller of wearables during the third quarter. Fitbit sold 4.7 million trackers, good for about 22% market share. Under Armour, in contrast, didn't make the list -- unsurprising, given that it didn't sell any wearables at all last year.

But that will change this month when Under Armour begins selling half a dozen different wearable fitness devices.

Under Armour's most significant offering is the HealthBox, a $400 package that includes the UA Band (a wrist-worn fitness band), UA Scale (a connected smart scale), and UA Heart Rate (a heart rate-monitoring chest strap). Alternatively, consumers can purchase any of the three devices individually ($180 for the UA Band and UA Scale; $80 for the UA Hear Rate). All should provide tough competition for Fitbit's products.

The UA Band is comparable to Fitbit's high-end Surge. It tracks steps taken, heart rate, and sleep, and also offers support for notifications, an alarm clock, and music control. The UA Scale, like Fitbit's Aria, tracks and records weight and body fat percentage.

The UA Heart Rate is unique to Under Armour's ecosystem. Although the UA Band tracks its user's heart rate, wrist-worn heart rate sensors are not nearly as accurate as their chest-worn counterparts. The UA Heart Rate isn't meant to be worn continuously, but rather donned strategically ahead of a workout session.

Then there are Under Armour's other devices. Under Armour's connected Bluetooth headphones retail for $250 -- a tall asking price for earbuds. But Under Armour's are unique -- in addition to playing music, they can also track their user's heart rate. Finally, there's the Gemini 2 RE -- a $150 pair of running shoes that automatically record their owner's steps.

All of these devices feed into UA Record, a new app from the company that serves as an intelligent health dashboard. Utilizing the power of IBM's supercomputer, Watson, Under Armour plans to offer its users customized fitness recommendations in real time. Data from Under Armour's other fitness apps -- Endomondo, MyFitnessPal, and MapMyFitness -- sync with UA Record, giving it a built-in base of tens of millions of users.

Unproven, but a significant threat
Of course, there are risks to Under Armour's strategy -- notably, it's totally unproven. Under Armour has been unquestionably successful selling shirts and shoes, but it hasn't sold a single wearable. At the same time, it's relying on other firms to produce its devices -- HTC for the UA Band, UA Scale, and UA Heart Rate; JBL for its headphones.

But the threat Under Armour poses to Fitbit shouldn't be discounted. Under Armour is the second-largest brand in U.S. sports apparel, easily identifiable to anyone with even the slightest interest in fitness. It has a network of nearly 200 stores, and strong relationships with dozens of retailers.

For now, Fitbit is winning, but investors should keep a close eye on Under Armour's products.

Sam Mattera has no position in any stocks mentioned. The Motley Fool owns shares of and recommends Under Armour. Try any of our Foolish newsletter services free for 30 days. We Fools may not all hold the same opinions, but we all believe that considering a diverse range of insights makes us better investors. The Motley Fool has a disclosure policy.