Please ensure Javascript is enabled for purposes of website accessibility
Log In Help Join The Motley Fool
Free Article Join Over 1 Million Premium Members And Get More In-Depth Stock Guidance and Research
By Adam Levy - Feb 8, 2016 at 10:49AM 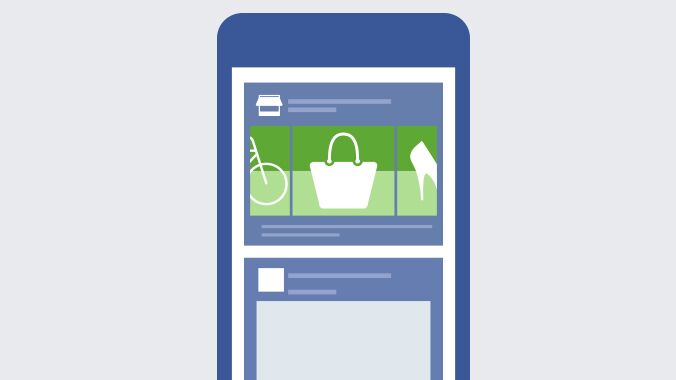 Facebook (META -5.20%) has seen phenomenal growth in ad prices since the third quarter of 2014. For the five quarters starting with that period, year-over-year ad price increases were 274%, 335%, 285%, 220%, and 61%. But those numbers are only half the story. While average ad prices skyrocketed, average ad impressions fell because of changes to Facebook's right-hand column ads. This made it unclear what exactly was going on with demand for Facebook's ad products.

In light of the aforementioned changes, the fourth quarter of 2015 marked the first period since mid-2014 that investors could make an apples-to-apples, year-over-year comparison of Facebook's ad impressions. They increased 29% compared to the year-ago quarter. It was the first time they'd gone up since 2013. At the same time, Facebook increased its average price per impression by 21%. This gives investors a clear picture of the strength of Facebook's ad business.

And investors should like what they see
Over the past couple of years, Facebook has invested heavily in ad technology and products. From new targeting capabilities to a full-fledged ad network to video ads, Facebook has added a lot of value to its advertising business since it last experienced an increase in ad impressions. So it would have been something of a surprise if Facebook didn't increase its average ad price last quarter.

Still, the majority of Facebook's user growth is coming from emerging markets, which puts pressure on ad prices. The United States and Canada by far make up the company's most valuable market, with the average user generating $12.89 in ad revenue. But user growth in Asia-Pacific and the Rest of the World -- where ARPU is $1.57 and $1.20, respectively -- was three times higher than in the U.S. and Canada last quarter.

Facebook's ability to increase its average ad price as its users shift their time spent to mobile is most impressive. Last quarter, around 90% of Facebook users accessed the service through its mobile app. Nearly half used the mobile app exclusively. Likewise, the recently monetized Instagram is accessed primarily through mobile, and the Audience Network -- Facebook's mobile ad network -- is confined to mobile devices.

Other companies have struggled with the shift to mobile. Google, for example, has seen its average ad prices decline steadily as more people access its services through mobile devices. The Alphabet (GOOG -3.47%) (GOOGL -3.30%) company has seen its average ad price decline steadily as users spend more time on their smartphones. While Google's display ad network is starting to show signs of price stabilization, ads on Google-owned sites such as its search engine are still declining in average price.

What can investors expect in 2016 and beyond
As mentioned, Facebook has already done a lot of work to increase the value of its advertisements over the last two years or so. Its most recent focuses are video ads and monetizing Instagram, both of which command higher-than-average ad prices.

Facebook users watch an average of 100 million hours of videos on its platform every day. That works out to about 12 minutes on average for Facebook's 500 million daily video viewers. While that trails YouTube's "hundreds of millions of hours" of daily watch time, it's more than enough engagement to attract new advertisers. Facebook is still experimenting with solutions to integrate more video ads into users daily video views, and when it figures it out, it will lead to continued growth in its average ad price.

Meanwhile, Instagram is less than six months into growing its ad business in earnest. In that time, the number of ad impressions on the app has exploded. Brand Networks, one of Instagram's ad partners, saw an increase of more than 1,300% in ads served between August and December. At the same time, ad prices have remained stable.

The growth in video ads and Instagram ads in 2016 will help keep Facebook's average ad prices climbing. Additionally, investors should expect Facebook to make continued innovations in ad tech and ad products to improve the value of all of its ads, increasing the average price.

While Facebook's user growth remains strong, the company is pushing toward the upper boundaries of saturation and facing the law of large numbers. Increasing ad prices is the most sustainable form of increasing ad revenue.