Please ensure Javascript is enabled for purposes of website accessibility
Log In Help Join The Motley Fool
Free Article Join Over 1 Million Premium Members And Get More In-Depth Stock Guidance and Research
By Daniel Sparks - Feb 9, 2016 at 11:30AM

Management provides insight into the company's business, including its plans for 2016 and a look at the social network's most important growth driver.

While LinkedIn's (LNKD.DL) underwhelming guidance that sent shares plummeting 44% on Friday may have been well documented in the media over the weekend, some investors may be curious about an update on other areas of the business beyond this disappointing guidance.

With this in mind, here's a break from analyzing the huge decline. Let's instead look at some key updates management shared during the company's fourth-quarter earnings call.

LinkedIn's 2016 focus
Following a year in which LinkedIn launched a range of new products and even learned one offering wasn't as scalable as initially thought and hence abandoned, the company wants to hone in on its most scalable and profitable opportunities.

"Our strategy in 2016 will increasingly focus on a narrower set of high value, high impact initiatives with the goal of strengthening and driving leverage across our entire portfolio of businesses," CEO Jeff Weiner said during the prepared remarks portion of the call. "Our road map will be supported by greater emphasis on simplicity, prioritization, and ultimate ROI and investment impact."

Lynda will be more deeply integrated
During 2016, LinkedIn users and customers will likely see more of the professional social network's 2015 acquisition of Lynda, an online learning company that teaches business, technology, and creative skills in online videos. 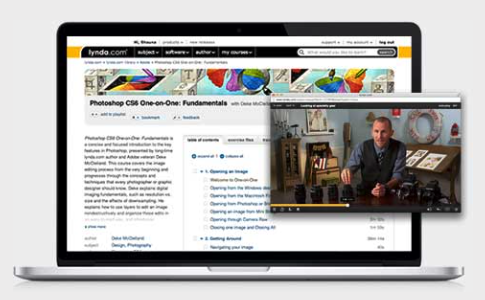 "As we look toward 2016, you can expect to see Lynda content more deeply integrated into the core LinkedIn experience, as well as deeper integration across our premium products," Weiner explained.

Sordello said Sponsored Updates revenue was up 85%, year over year, compared to the year-ago quarter, and that it surpassed 50% of LinkedIn's marketing and solutions revenue for the first time.

On the macro environment
Sordello, according to a Reuters transcript of the call, put some of the blame of the company's lower-than-expected guidance on the global economy:

In terms of the global, again, we're cognizant of the environment right now. And as I mentioned, there are particular markets where we've seen more of an impact. They tend to be EMEA and APAC. We have seen some slowdown in -- and the labor department data shows the year-on-year growth rate in the back half, declining somewhat.

Blaming underwhelming guidance on the global economy could be a red flag in some cases. But for LinkedIn the blame appears fair, as management noted that expectations for continued pressure in EMEA and APAC do not have a significant impact on guidance.

All of these elements of LinkedIn's business will likely be closely watched throughout the year as investors watch to see just how conservative -- or not -- management's worse-than-expected guidance for the year turn out to be.