Please ensure Javascript is enabled for purposes of website accessibility
Log In Help Join The Motley Fool
Free Article Join Over 1 Million Premium Members And Get More In-Depth Stock Guidance and Research
By Adam Levy - Feb 10, 2016 at 6:26AM

From live streaming to social media in the office, here's what to look for in 2016.

The world of social media is constantly evolving. Investors in companies such as Facebook (META -1.23%), Twitter (TWTR 1.88%), and LinkedIn (LNKD.DL) need to know what's up and coming and what's already trending to judge how each company is taking advantage of its opportunities. Here are five social-media trends to watch in 2016. 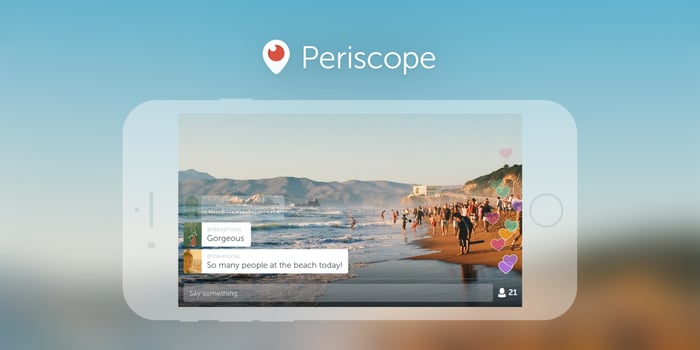 It became quite clear that live streaming from mobile devices would quickly become a thing just a few weeks after the launch of Meerkat. Meerkat used Twitter's social graph to allow users to find friends and connections who were also live streaming content -- that is, until Twitter cut off the app's access to its social graph and announced that it had acquired competing app Periscope. Twitter launched Periscope just a few weeks later.

Earlier this year, Twitter integrated Periscope live streams into its flagship app, allowing users to view streams in their timelines. Meanwhile, Facebook officially rolled out its live streaming feature to all iPhone users in the Unites States. Previously, the feature was limited to celebrities and journalists and select iPhone users.

Watch for live streaming to pick up in 2016 as Facebook brings the feature to average Internet users. 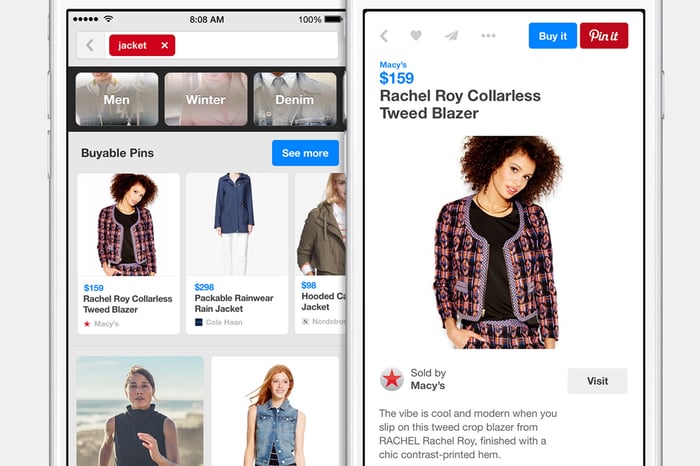 "Social commerce" has been a big buzzword for a few years now, but 2016 may be the year it really catches on. Both Twitter and Facebook made several advancements with their shopping ads and helping businesses feature products, and Pinterest introduced Buyable Pins.

During November and December, mobile commerce grew 60% year over year, according to comScore. Analysts see that trend continuing to accelerate as shopping on mobile devices becomes easier. Facebook, Twitter, and Pinterest can boost that trend by storing buyer information in their popular apps, making it easy for users to shop from multiple retailers.

Facebook is especially keen to get users buying things, either directly from retailers through Facebook, Instagram, or Messenger, or from other users in buy/sell/trade groups. Watch for continued advancements and an increase in retailers using shopping ads on social networks.

Customer service
In 2016 we'll see more businesses use social media as a place not only to establish a presence, but also to more directly interact with their customers. Twitter removed both the need to mutually follow each other before one can initiate a direct-message conversation and the 140-character limit for DMs last year. Facebook made it possible for businesses to reply to wall posts and other messages through various means, including Messenger.

Increasing the number of customer service interactions on their respective social networks gets users thinking of Facebook and Twitter to interact with businesses in general. That increases the efficacy of their efforts in commerce, since users are identifying the types of retailers they're most interested in. That makes it easy to target ads.

Social media at work
Facebook will launch Facebook at Work this year, which provides a familiar user experience to help make workers more productive. Facebook at Work has been in a private beta since last January and has already signed several large businesses. The Royal Bank of Scotland plans to add 50,000 of its 100,000 employees to the network by mid-year. 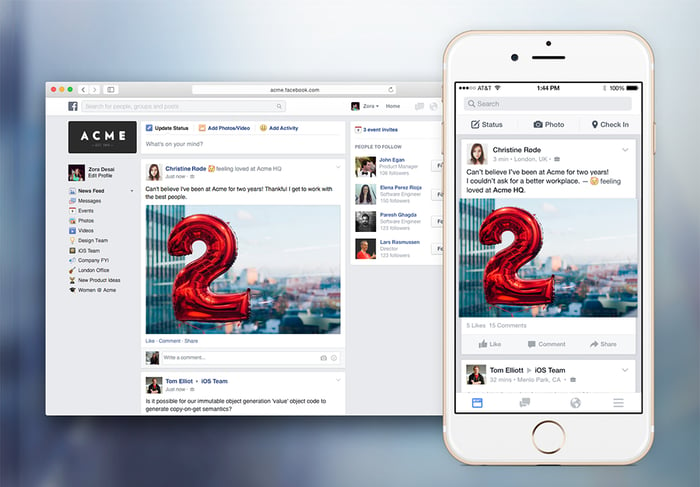 Social and collaboration tools started taking off in 2015, with Slack reaching 1 million concurrent users and launching a television ad campaign. Similar tools such as Microsoft's Yammer and Salesforce's Chatter have yet to have a major impact on the way we work.

Meanwhile, LinkedIn -- the online professional network -- has largely sat on the sidelines as competitors encroach on its turf. Watch for further developments from Facebook and competitors in the intra-office communication space.

After months of hype, Twitter finally unveiled Moments in October of last year. The new feature curates top tweets around specific topics and events. The feature followed Stories from Snapchat, which does the same thing for a few topics every day.

In 2016, curated content on social networks will grow even more important. Twitter's Moments will expand to more countries. Instagram's early efforts in curation ought to continue to expand with its Spotlight Compilations and trending videos features. Meanwhile, Facebook is considering topic-based News Feed sections and has already done one experiment with Sports Stadium -- a real-time sports feature currently focused on the NFL.

Curated content provides a lot of context for advertisers, leading to higher ad prices for anyone that draws a large audience to its collections.