Chipmakers Nvidia and Qualcomm are in better shape than AMD.

Over the past decade, chipmaker AMD (AMD -1.95%) lost 95% of its market value due to its inability to compete against Intel in x86 chips and Nvidia (NVDA -2.46%) in high-end GPUs. AMD tried to compensate for those losses by selling enterprise, embedded, and semi-custom (EESC) SoCs for game consoles and data centers, but that strategy also recently hit a dead end. 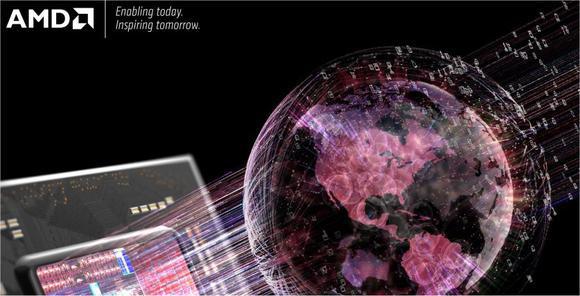 Looking ahead, AMD hopes that its upcoming Zen x86 chips will help it gain ground against Intel. However, those chips won't arrive until the fourth quarter of this year, and their ability to challenge Intel's upcoming Kaby Lake chips is questionable. Therefore, instead of betting on AMD's unlikely eleventh hour recovery, investors should check out two more promising chipmakers instead -- Nvidia and Qualcomm (QCOM -1.91%).

Why Nvidia is a better buy
While AMD has fallen behind in both PC CPUs and high-end GPUs, Nvidia remains the market leader in add-in graphics boards. Research firm JPR reports that Nvidia's share of the worldwide add-in graphics board market rose from 71.5% to 81.1% between the third quarters of 2014 and 2015. During that same period, AMD's share slid from 28.4% to 18.8%.

Nvidia's mobile Tegra chips, which were marginalized in the mobile market by Qualcomm, received a big boost from the connected car market last quarter. Tegra sales rose 40% annually to $157 million, thanks to a 68% jump in automotive revenue to $93 million. During the quarter, Nvidia launched Drive PX2, an AI computer for autonomous vehicles. Volvo plans to test the system in a fleet of 100 XC90 SUVs next year.

These positive catalysts could help Nvidia outperform rival chipmakers in the coming year. The stock has rallied 38% over the past year, and it could keep climbing as demand for high-end gaming GPUs and automotive SoCs rises.

Why Qualcomm is a better buy
Whereas Nvidia is a bullish bet with obvious strengths, Qualcomm is a beaten-down contrarian play. Qualcomm's stock has fallen 30% over the past year due to ongoing concerns about its chip and patent licensing revenue.

Qualcomm has been losing market share in mobile chips and wireless modems to cheaper rivals like MediaTek. Meanwhile, major partners like Samsung and Huawei started manufacturing their own chips instead of using Qualcomm's. Those problems caused Qualcomm's QCT (chipmaking) revenue to fall 22% annually to $4.1 billion last quarter as its operating profit plunged 49% to $590 million.

However, there are a few catalysts on the horizon. Samsung has agreed to use Qualcomm's Snapdragon 820 chips in "some" of its upcoming Galaxy S7 devices, and Qualcomm recently launched new mid-range Snapdragon chips to counter MediaTek. Qualcomm is also aggressively expanding into new markets -- like data centers, drones, connected cameras, and cars -- which can diversify the QCT unit away from smartphones.

Qualcomm's high-margin patent licensing (QTL) business earns a 3% to 5% cut of every smartphone shipped worldwide, a fee which many OEMs and regulators have challenged. In China, where Qualcomm was fined and forced to lower its fees, some OEMs are still underreporting shipments to pay lower fees. The company also faces fresh probes in South Korea and Taiwan, its second and third largest markets. These issues caused QTL sales to fall 12% to $1.6 billion last quarter, and its operating profit to decline 15% to $1.3 billion.

But on the bright side, Qualcomm recently inked several new deals in China to guarantee proper payments. Looking ahead, Qualcomm faces more headwinds than Nvidia, but I believe that its forward P/E of 10 and its forward yield of 4.3% should limit its downside from current levels.

But do your homework first
Nvidia and Qualcomm look like healthier investments than AMD, but investors should be aware of their potential pitfalls. Some analysts claim that Nvidia is overpriced, since its trailing P/E of 26 is considerably higher than the industry average of 22. Other analysts claim that Qualcomm's chipmaking and licensing woes might get worse before they get better. Therefore, investors should fully understand both chipmakers' strengths and weaknesses before buying any shares.