Please ensure Javascript is enabled for purposes of website accessibility
Log In Help Join The Motley Fool
Free Article Join Over 1 Million Premium Members And Get More In-Depth Stock Guidance and Research
By Jeremy Bowman - Feb 21, 2016 at 9:29AM

The fabled group of stocks that tore up 2015 is suffering now. Here's why. 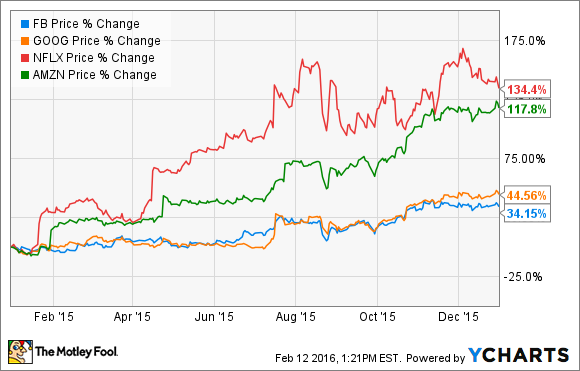 Each stock benefited from its own specific achievements as well as the perception that these companies would dominate their respective industries in the future.

At the beginning of 2015, Netflix announced a plan to expand around the globe in the next two years, and delivered strong subscriber growth throughout the year. Amazon wowed investors with nearly $2 billion in profit from its cloud-computing unit. Google evolved into Alphabet, adding transparency and clarity to its "moonshot" businesses, and Facebook continued to add members and put up strong ad growth, beating estimates along the way.

In the new year, however, market conditions have changed. The S&P 500 has lost 10% on concerns of a global recession, prompting a rush to safer investments like gold and bonds. High-priced stocks like the FANG group have taken a beating. 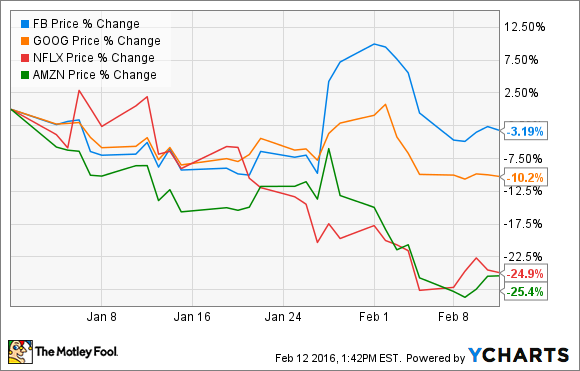 On average, the group is down 16% this year, with Amazon and Netflix falling sharply.

Show me the profits
Investors have ditched stocks like these in favor of defensive plays like telecoms and utilities, which deliver consistent profits regardless of macroeconomics. All four FANG stocks carry P/E ratios well above the market average, a sign these stocks offer more risk.

Amazon and Netflix have been the hardest hit because they make almost no profits. Without profits to underpin the stock, its value is much more difficult to determine. Stocks like Amazon and Netflix tend to go through volatile swings as the market's expectations for future profits change. 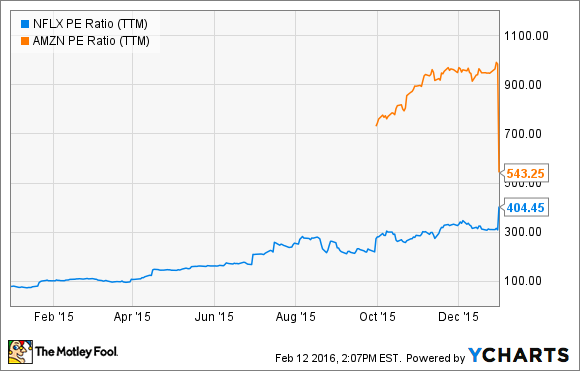 Both Netflix and Amazon have P/E ratios well in the triple digits, indicating that their profits are negligible. Amazon's trailing twelve-month profit was negative before October, while Netflix's rise last year came at the expense of falling profits. 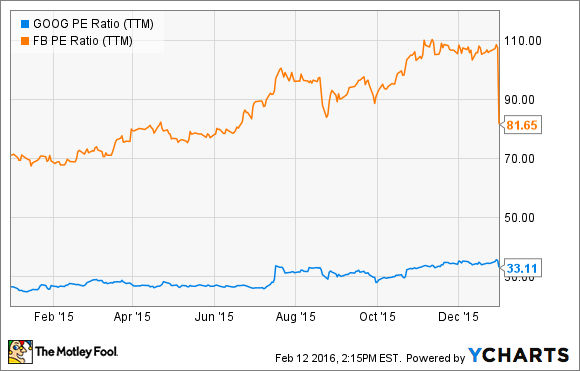 Facebook and Google, meanwhile, have also seen their multiples expand, showing that last year's growth can be attributed as much to market sentiment as to improving profits.

The problem with multiple expansion
Stock appreciation through multiple expansion, not increasing profits, is unsustainable. High-priced stocks such as the FANG group have shown a tendency act as momentum stocks, advancing and then retreating as the market shifts. Other stocks have followed this pattern as well.

Under Armour shares, for example, climbed more than 50% from January of 2015 to last October, but the stock has since lost 30% on concerns about valuation and shifting market sentiment, like the FANG stocks. In many ways Under Armour is a similar stock to that group of high-priced tech stocks. The company has earned a high price tag by delivering strong sales growth and by convincing investors it has a bright future ahead of it.

As for the FANG stocks, the recent pullback seems above all to be a sign that the market believed them to be overbought. Alphabet and Facebook jumped after their earnings reports, but have since pulled back. Netflix and Amazon's results were strong as well, but the market seemed to expect more, sending both stocks tumbling since.

Over the long term, all four look as strong as ever, but expect more near-term turbulence for the group if recession worries persist.