Please ensure Javascript is enabled for purposes of website accessibility
Log In Help Join The Motley Fool
Free Article Join Over 1 Million Premium Members And Get More In-Depth Stock Guidance and Research
By Sean Williams - Feb 22, 2016 at 9:51AM

If you missed Celgene's fourth-quarter conference call, then you missed out on some important information.

Celgene wound up announcing $2.56 billion in sales, which included a 24% year-over-year increase in net product sales from Q4 2014 and $1.18 in adjusted EPS, a 17% increase over what it reported in the year-ago quarter. Revenue for Celgene wound up being more or less in line with what Wall Street was projecting, but the $1.18 in EPS fell $0.04 shy of expectations.

Adding salt to the wound, Celgene also forecast first-quarter EPS of $1.27 to $1.30, which at the midpoint was a bit below the $1.30 the Street had been banking on. Wall Street pointed the finger at slowing growth for multiple myeloma blockbuster Revlimid, tougher comparisons for cancer drug Abraxane in the U.S., and higher expenditures as reasons why Celgene underwhelmed in Q4.

However, focusing solely on the headline number would mean you're missing a big part of Celgene's story. For that we need to turn our attention to its conference call and management team to get the complete details on where Celgene is headed next. Here are the five can't-miss comments (quotes are courtesy of S&P Global Market Intelligence) from Celgene's end-of-year conference call.

1. Diversification aside, Revlimid remains a monster

Although CFO Peter Kellogg spent some time during his prepared presentation showing that Celgene's reliance on Revlimid is slowly falling, and that this trend is expected to continue through 2020, it's important not to overlook that Revlimid is still a rapidly growing drug, with sales growth projected to be 15% at the midpoint in 2016. 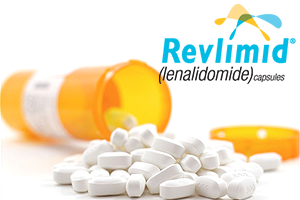 Celgene's Jacqualyn Fouse further emphasizes the dominance of Revlimid by reminding investors that it remains the clear leader in front-line multiple myeloma treatments, and that, more importantly, it hasn't seen a drop-off in market share in second-line multiple myeloma despite growing competition. Fouse went on to describe that even with steady price hikes for Revlimid, the growth we're witnessing is mostly based on increased demand for the product.

Compound this growth with Celgene's recent settlement with generic drugmakers, and Revlimid looks poised to remain a beast for almost an entire decade to come.

We have now seen promising early data for both lung and breast, and we expect significant dataflow beginning in 2017 with 2 Phase III readouts in lung and then triple negative breast readouts to follow in 2018. Other programs for ABRAXANE also continued to advance across adjuvant and locally advanced pancreas, both triple negative and early stage breast and a number of patients segments in non-small cell lung cancer.

Despite delivering 14% full-year growth, Abraxane was sort of the odd drug out in 2015. Abraxane, which is approved to treat pancreatic, breast, and lung cancer, struggled with the introduction of cancer immunotherapies during the third quarter, but witnessed a nice rebound in Q4. While some investors may have written off Abraxane's growth for the time being, Celgene wants you to realize that Abraxane's growth may be about to reaccelerate.

Abraxane's future is very much tied to cancer immunotherapies. Specifically, Celgene's Abraxane and Roche's (RHHBY -0.10%) atezolizumab are being studied in a number of pivotal trials, including adjuvant pancreatic cancer, squamous and non-squamous non-small cell lung cancer, and even triple-negative breast cancer. Immunotherapies have demonstrated a solid improvement as combo therapies with existing medicines, lending a lot of hope that Abraxane trial results, which are due out in 2017 and 2018, will be a success. This would give Roche's immunotherapy a quick foot in the door in a number of indications, and it could, in my belief, double Abraxane's sales potential.

3. Inflammation and immunology could be Celgene's 2017 catalyst

It is important to note that OTEZLA continues to lead all other therapies in new to brand share, with approximately 40% in both psoriasis and PsA [psoriatic arthritis]. Additionally, OTEZLA total market share in the large psoriasis market has surpassed Enbrel and now stands at 21% of the total branded market.

During 2015, we also acquired Receptos with its lead molecule, Ozanimod, a potential best-in-class, next generation S1P move receptor modulator. ... The RADIANCE and SUNBEAM Phase III MS clinical trials are now fully enrolled and ahead of schedule. We expect to file for MS in the second half of 2017.

Cancer treatments often get all the attention given their high growth potential, but Celgene's Scott Andrew Smith reminds investors that 2017 could be the year that inflammation and immunology becomes all the rage among drugmakers.

Otezla, Celgene's oral anti-inflammatory therapy, is gobbling up about 40% of new-to-brand market share, and it's sitting on 21% total branded share in psoriasis. New-to-brand share takes a good 12-to-18 months before it works its way to the bottom-line, so we're liable to see accelerating growth from Otezla by the end of 2016 and into 2017. Also, don't forget that there are a half-dozen label expansion opportunities waiting in the wings for Otezla.

Smith also focused on ozanimod, an experimental next-generation oral therapy for the treatment of multiple sclerosis that was acquired when Celgene bought Receptos for $7.2 billion last year. Celgene's two phase 3 trials are ahead of schedule, and the company could file for MS approval as early as the second half of next year. If approved in MS and eventually ulcerative colitis, ozanimod could deliver $4 billion to $6 billion in peak annual sales.

Near-term catalysts for growth include the availability of data from at least 18 different Phase III trials beginning in the middle of this year and continuing through mid-2018.

Worried about slowing growth? Worry no more, because according to COO Mark Alles investors should be focused on the company's 18 phase 3 studies, which will produce results between now and mid-2018.

We've already perused some of these, which include phase 3 results for multiple Abraxane combo trials, and SUNBEAM and RADIANCE for ozanimod. A healthy clinical pipeline is what gives Celgene's valuation the opportunity to move even higher, and it would appear that shareholders won't be hurting for catalysts over the coming two and a half years.

For the long-term forecast, we have somewhat more moderate assumptions about the level of price increases that we would take in the U.S. over a period of time. What we've seen this year is that outside of the U.S., and notably, as we made our way to the newly diagnosed label expansion negotiations in Europe, we had price decreases across the portfolio that were pretty much in line with where we expected them to be. But versus a year ago, they were a little bit more this year as we made our way through those negotiations.

Lastly, we're seeing more confirmation from big drugmakers that the pricing environment is getting more challenging. To be clear, the comments from Fouse above don't exactly paint a dire picture for Celgene. In fact, Fouse implies that pricing power for blockbuster Revlimid remains strong. However, Fouse's comments that U.S. pricing power was more tepid than in previous years, and that European prices are falling, is a bit disconcerting for the entire drug development industry.

This concern stems from Congress's interest in the pricing practices of a handful of companies, including privately held Turing Pharmaceuticals, which was made famous by "pharma bad boy" and Turing ex-CEO Martin Shkreli and by Valeant Pharmaceuticals. Celgene's commentary does little to instill confidence that pricing pressure will melt away anytime soon.

Nonetheless, it doesn't seem to be a big concern for Celgene or its management team, so take this snippet of potentially worrisome commentary in stride.

The Motley Fool owns shares of and recommends Celgene and Valeant Pharmaceuticals. Try any of our Foolish newsletter services free for 30 days. We Fools may not all hold the same opinions, but we all believe that considering a diverse range of insights makes us better investors. The Motley Fool has a disclosure policy.