Please ensure Javascript is enabled for purposes of website accessibility
Log In Help Join The Motley Fool
Free Article Join Over 1 Million Premium Members And Get More In-Depth Stock Guidance and Research
By Sean Williams - Feb 22, 2016 at 6:39AM

Volatile market got you nervous? Here are six dividend juggernauts that will ease your worries by providing a mountain of income.

Dividend stocks are often the foundation upon which great retirement portfolios are built.

For investors, dividends serve multiple purposes. First, they act as a beacon for income-seekers, allowing them to spot financially sound businesses. Think about it this way: What company in its right mind is going to share a percentage of its profits with investors if the management team doesn't have confidence in the long-term strength of its business model?

Secondly, dividend payments can help hedge against stock market corrections, such as the one we're undergoing right now. Dividends alone aren't going to counteract the pain of a bear market-esque decline, but solid, regular payouts can certainly hedge your downside a bit; and those stocks that make them are far more likely to attract investors who aren't shaken by the market's day-to-day gyrations.

Finally, and most importantly, dividend payments offer the potential for reinvestment. Reinvesting your dividends back into more shares of stock can compound your potential gains in a big way over a long period of time.

Six brand-name dividends paying out billions of dollars each year
However, picking a great dividend stock requires more than just throwing a dart and hoping for the best. Not all dividend stocks offer sustainable and/or growing business models. For investors looking to get the most out of dividend-paying stocks, sometimes going bigger really is best.

Here are six brand-name stocks that are paying out billions in annual dividends which could help you sleep a lot better at night.

1. Apple
Tech and consumer goods giant Apple (AAPL 1.66%) might not seem like a dividend giant with its current yield of around 2%, but considering that it's the most profitable company on the planet, its $2.08 annual dividend works out to $11.5 billion in projected dividend payments in 2016.

Apple is an attractive long-term hold for a variety of reasons. First, it's the most valuable brand in the world, according to Interbrand. That strong brand value reflects Apple's knack for connecting with its customers, which is evidenced by the extremely long lines that wrap around Apple Stores when new products hit the shelves.

Apple also has a dual approach of living off the popularity of its legacy products -- think iPhone and iPad -- while also emphasizing its new platforms, such as Apple Pay and Apple Music. Pushing into these services gives Apple new avenues to generate high-margin profits beyond simply selling devices.

2. Johnson & Johnson
Now, healthcare conglomerate Johnson & Johnson (JNJ 0.18%) is a dividend juggernaut with its 3% yield. As the largest publicly traded healthcare company, J&J has an ongoing 53-year streak of boosting its dividend payout annually. This year alone, J&J is expected to return $8.3 billion to shareholders in dividends.

What has allowed J&J to maintain such an exceptional dividend streak has been its three-pronged business approach. The company's consumer healthcare products segment may not grow very quickly, but it has strong pricing power and brand-name products that consumers recognize. Sales in its medical devices business are also growing slowly of late, but they provide a long-tail growth opportunity in light of the aging global population and improving access to medical care around the world. Lastly, its pharmaceuticals business provides the opportunity for rapid growth and juicy margins. Half of the 14 new molecular entities J&J brought to market between 2009 and 2014 have generated at least $1 billion in annual sales -- the definition of a blockbuster drug.

AT&T's key to success is similar to Apple's: It has built a strong brand image among its customers. In its recently reported fourth quarter, AT&T delivered 2.2 million net wireless additions, and both its postpaid churn and total churn rate fell on a year-over-year basis. Among wireless services, AT&T was also the top brand according to research firm Brand Keys in 2015.

What should be capturing the attention of investors is AT&T's integration of DIRECTV, which gives it a new platform to hook customers on high-margin bundled services. AT&T's acquisition also comes at a time when cord-cutting is on the rise, so non-traditional satellite providers like DIRECTV should continue to gain steam.

4. Wells Fargo
Who said you can't find big dividends in the banking sector? Though many banks are still struggling to pay substantial dividends, Wells Fargo (WFC 2.26%) is currently yielding 3.2%, and in 2016 is on pace to pay $7.6 billion in dividends to shareholders.

Working in Wells Fargo's favor is the company's staunchly conservative management team. Although Wells Fargo may have lagged its peers prior to the Great Recession, its choice to avoid derivatives trading and other risky investments largely kept its balance sheet clean, allowing it to focus on the bread-and-butter of banking growth: loans and deposits. The result is Wells Fargo has one of the best returns on assets of any large money center bank (1.32% for full-year 2015).

Furthermore, its loan portfolio is growing without a notable degradation in credit quality, right alongside growth in deposits. When interest rates rise down the road, Wells Fargo is going to be in the perfect position to capitalize from expanding net interest margins.

5. General Electric
Industrial conglomerate General Electric (GE 2.67%) is another dividend juggernaut that's helping income investors sleep better at night. Its current yield of 3.3% easily trumps the broader market, with its $0.92 annual dividend working out to $8.7 billion in cumulative profits being returned to shareholders.

GE has multiple catalysts working in its favor. First, it has rid itself of the financial arm that got the company in trouble during the Great Recession, and returned to its roots, with approximately 70% of its sales coming from its industrial segments. In GE's recently released fourth-quarter report, the company pointed out that with the exception of oil and gas, all six other operating segments demonstrated backlog growth. Since shipments primarily come from GE's backlog, this is a good sign for its continued growth.

Diversity is another key driver for GE. Whether it's making MRI machines for the healthcare sector, turbines for utilities, or locomotives for the transportation industry, GE's product diversification helps hedge potential weaknesses in some sectors with strength from others.

6. Microsoft
Finally, tech giant Microsoft (MSFT 2.17%) is paying out a broader market-topping 2.9% yield: $11.4 billion in dividends are expected to be returned to its shareholders in 2016. 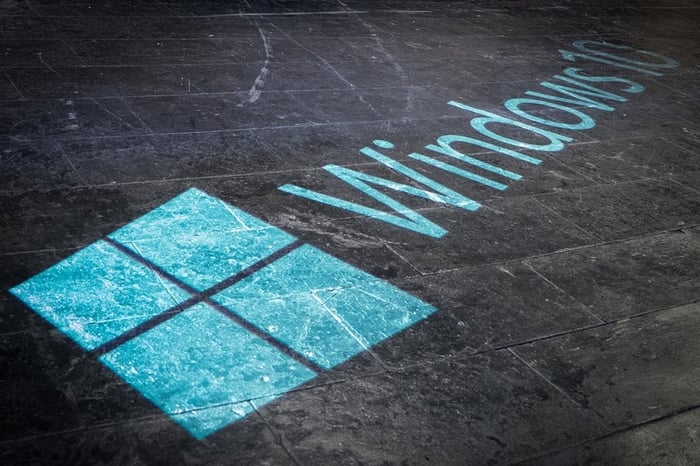 As you might have guessed, Microsoft's computer-based operating system still provides a significant chunk of revenue and high-margin profits, and I don't foresee that changing anytime soon. However, new platform efforts could lead to substantial profit generation in the years to come. For example, the company's emphasis on Office 365 Enterprise E5 and its heavy promotion of its Surface tablets appear to be paying off in a big way.  Additionally, Microsoft's Azure cloud platform recorded insanely fast growth of 140% year-over-year during Q2 2016.

Microsoft's ventures beyond the PC haven't always ended in success, but more often than not lately, the company's new ventures have delivered.

$300 billion-plus in dividend income coming your way?
To review, on a static basis the aforementioned six companies are expected to return the following to shareholders in 2016:

But, here's the thing about the aforementioned companies: Their dividends aren't static. Every one of them has a tendency to boost its dividend on a fairly regular basis. Over the last five years, we've witnessed the following average annual dividend growth:

There's no guarantee those dividend growth rates will continue over the next five years (i.e., they could accelerate or decline), but if they do hold true, shareholders would be privy to well over $300 billion in dividends being returned from just these six brand-name stocks between 2016 and 2020.

If you're looking for a smart way to reduce your exposure to a volatile market while simultaneously locking up solid dividend income, perhaps it's time to take a closer look at some, or all, of these big dividend payers.