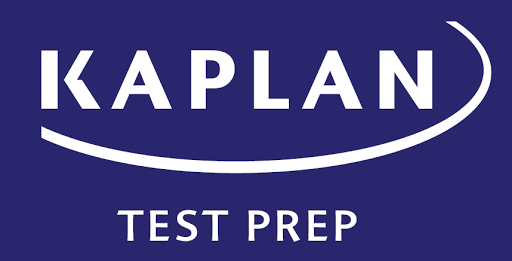 Conglomerate Graham Holdings (GHC -0.15%) has transformed itself recently, but even though it no longer has exposure to the newspaper business, the company still faces plenty of challenges. Coming into its fourth-quarter financial report on Friday, Graham Holdings investors were concerned about the health of the company's Kaplan education unit as well as businesses like television broadcasting. Graham's results showed that those concerns were warranted, and the company's falling sales and earnings revealed that more work is necessary for Graham to reach consistent success. Let's take a closer look at the latest from Graham Holdings and what's ahead for the company.

Graham Holdings gets detention
Graham's fourth-quarter numbers continued its string of ugly results. Overall revenue was down 15% to $616.4 million, as sales dropped by more than $110 million from the year-ago period. Income from continuing operations attributable to common shares dropped by nearly five-sixths to $51.2 million, and that worked out to $8.72 per share.

Looking more closely at Graham's numbers, the extraordinary items that we've seen from the company recently finally started to moderate. During the quarter, Graham took $4.2 million in goodwill charges, $9 million of restructuring charges, $6 million in Cable ONE option and restricted awards expenses, and $600,000 in unrealized foreign currency gains. Graham also reported a $21.4 million gain on the sale of land.

Most of Graham's segments had lackluster performance. Sales at the Kaplan education division were down 24% to $421.5 million, and its operating income was down by 21% from the previous year's fourth quarter. All four areas within Kaplan, including higher education, test prep, Kaplan International, and corporate and other expenses, reported lower revenue, and only test-prep managed to avoid weaker performance on their bottom lines.

What's ahead for Graham Holdings?
The big question that Graham Holdings faces is whether its education unit can bounce back. Kaplan continues to struggle, with new student enrollment at Kaplan University falling 14% and total student counts down 6% during the quarter. Enrollment in test-prep courses were down by double-digit percentages due to overall declines in both graduate and pre-college programs. Unit prices rose slightly to offset those declines, but they were only partially successful in doing so. Adverse foreign-exchange rate movements held back the Kaplan International segment. If these negative trends can moderate, then an improved Kaplan could lead the entire company back into a more optimistic place.

Still, seasonal factors could point to a rebound for the television broadcast industry. As the 2016 presidential campaign continues, spending on political ads could rise, bringing in more revenue for the company. Also, with 2016 being an Olympics year, Graham's television unit could gain more advertising between now and the summer start of the event.

Graham Holdings investors were not happy about the company's latest numbers, sending the stock down 7% in regular-market trading following the announcement. Graham still has extensive work to do on its restructuring before it can declare a final victory in its bid to change its corporate identity away from its former holdings in The Washington Post. As much as media will continue playing a role in Graham's business, the company also needs to move forward into other areas in order to maximize its prosperity.

Dan Caplinger has no position in any stocks mentioned. The Motley Fool owns shares of and recommends Graham Holdings. Try any of our Foolish newsletter services free for 30 days. We Fools may not all hold the same opinions, but we all believe that considering a diverse range of insights makes us better investors. The Motley Fool has a disclosure policy.