Please ensure Javascript is enabled for purposes of website accessibility
Log In Help Join The Motley Fool
Free Article Join Over 1 Million Premium Members And Get More In-Depth Stock Guidance and Research
By Daniel B. Kline – Feb 26, 2016 at 5:00PM

The company has revamped the system in a way that rewards its best customers while also incentivizing them to spend more.

Starbucks (SBUX -2.67%) has one of the most, if not the most successful loyalty program operating in the United States.

Tied to its innovative app, which lets customers order and pay without waiting in line, My Starbucks Rewards also works with registered gift cards. Essentially its a modern version of the punch card where after a certain number of purchases (and punches) the user gets something for free.

In this case, customers who earn Gold level (which requires 30 eligible purchases in 12 months) making any purchase in-store received one star. Collect 12 stars and you get a free beverage or food item. There are other perks like free, in-store refills on basic coffee and tea drinks but the buy 12, get one has always been the core of the promotion. 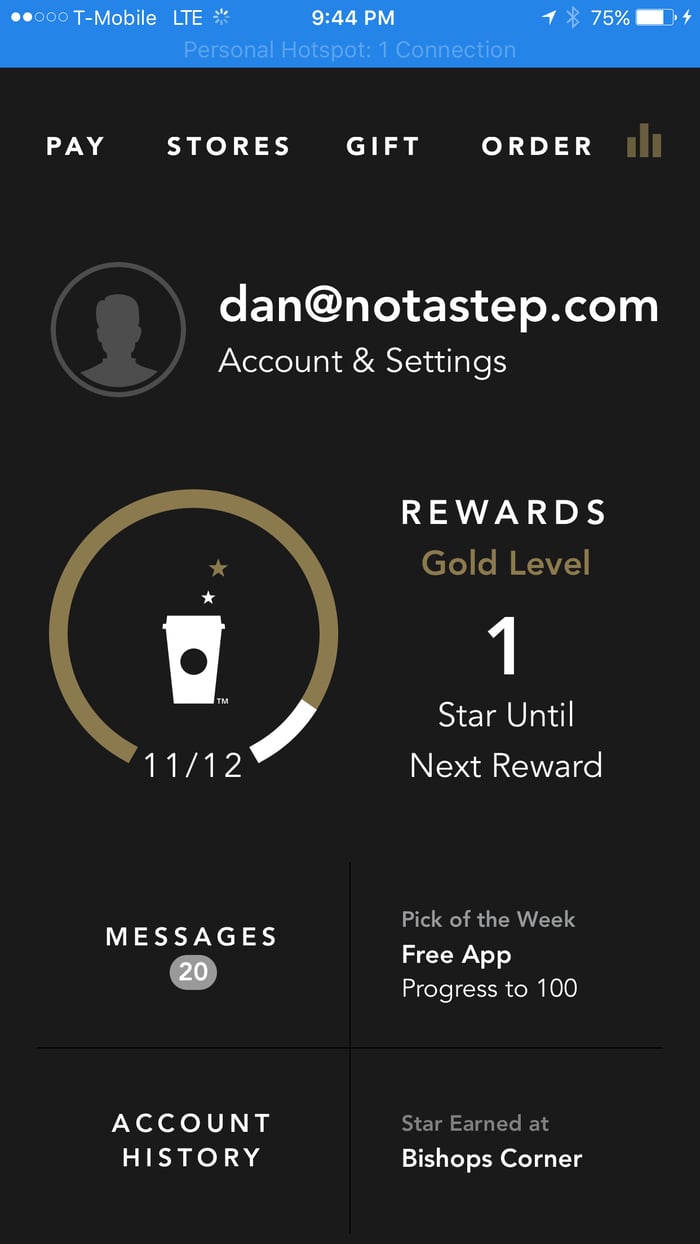 At 12 stars customers get a free beverage Source: Starbucks

That however is about to change as the company held a conference call to announce changes to the program. The new loyalty program, which launches in April, will be called simply Starbucks Rewards and it will reward people who spend more over those that worked the old system by buying cheap drinks to earn stars.

How will Starbucks Rewards work?
Under the old system customers got one star per cash register transaction. If you purchased a drink, a cookie, and a new mug, you still got one star. Of course, it was possible to split up those purchases into multiple transactions in order to earn the stars (and the wrath of the people in line behind you), but only about 1% of the chain's total transactions come from people doing that, Starbucks Global Chief Strategy Officer told CNBC.

In the new program customers will earn two stars for every $1 spent, earning Gold level after accruing 300 stars (spending $150 dollars). Once they hit that level, program members get awarded a free item (pretty much any drink or pastry) every time they earn 125 stars.

To use an extreme example, in the old system. buying $100 in ground coffee would equal one star. In the new system it would get a new customer 2/3 of the way to Gold status and a person who has already attained that level 4/5 of the way to a free drink. The only people who won't like the new program are the people who worked the system buying the cheapest coffee and tea drinks on the menu in order to amass 12 starts to redeem for a Venti Frappuccino or some other high-priced item. Here's how the new and old programs stack up. Source: Starbucks

Why does this matter?
The goal of the old loyalty program was to get consumers to stop at Starbucks every day or even multiple times a day. The new program drives customers to spend more money on each visit. In theory, this might entice someone who enjoys the chain's coffee to also get lunch or breakfast there because the rewards will pile up quickly.

Of equal importance is that this tweak might encourage more people to sign up for the program especially if they buy a higher-priced item like a mug, ground coffee, or even a coffee maker because the awards accrual would pile up fast. That's good news for the chain which says that "customers that are part of its loyalty program spend three times as much as non-members but that fewer than 1 in 6 customers currently belong to the program," Bloomberg reported.

A subtle change in rivals?
Under the current system you could argue that Starbucks was trying to keep its customers away from Dunkin' Donuts or other coffee shops. The new program suggests the chain has at least somewhat changed its focus to fast-casual rivals, most specifically Panera Bread (PNRA). That makes sense because Panera has relentlessly been improving its app and loyalty program including adding mobile order and pay capabilities in an expanding number of locations.

By changing to a per-dollar basis Starbucks is offering not-so-subtle encouragement for customers to eat there instead of just buying a drink. That's an area where Panera has always done well because it's marketed more as a restaurant that has coffee as opposed to a coffeehouse which has food.

Starbucks does not have as vast a food menu as Panera does, but it might offer enough of a selection that customers who prefer its coffee would be swayed into eating there by the improved loyalty program. This won't win over the person who wants a specific salad and soup combo, but it might entice the person looking for a quick bite along with his or her latte.

This is going to drive sales
In making these changes Starbucks has improved an already-good program. Most customers will earn free product faster under the new system. The only people who will come out worse are the ones who were working the old system.

This gives the company's best customers incentive to spend money and that will drive sales. It's a subtle shift, but an important one which will actually reward customers based on how much they buy. Starbucks has done a good job tweaking an already-working system to subtly push customers toward spending more and this should nudge its average transaction price higher.

Daniel Kline has no position in any stocks mentioned. He is a member of the Starbucks loyalty program who, as you see above, is about to earn a free drink. The Motley Fool owns shares of and recommends Panera Bread and Starbucks. Try any of our Foolish newsletter services free for 30 days. We Fools may not all hold the same opinions, but we all believe that considering a diverse range of insights makes us better investors. The Motley Fool has a disclosure policy.