Here are four key figures investors should know about the fledgling drone market.

Drones are a hot topic in the tech world these days. Hobbyists are flying them; governments are deploying them for surveillance and military purposes; and companies want to use them for automated tasks. To better understand this market, let's highlight four key numbers everyone should know.

1 million
U.S. officials estimate that nearly 1 million consumer drones were sold in the U.S. last holiday season. Back in November 2014, drone maker 3D Robotics estimated that 500,000 units had been sold in the U.S. to date. 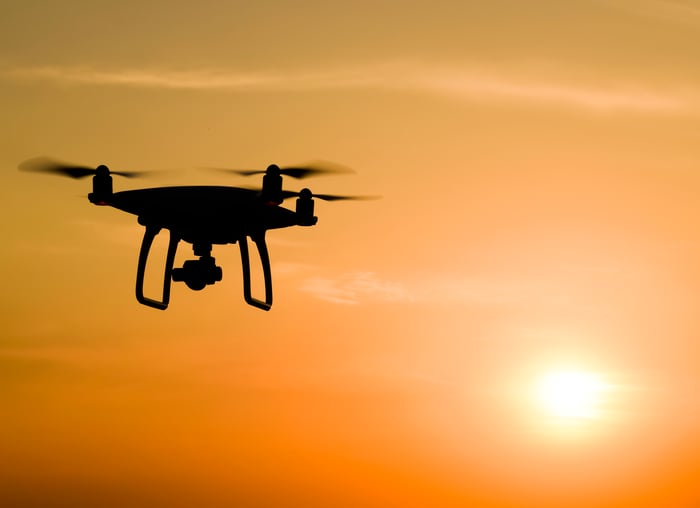 That sharp sales surge is encouraging for drone makers, but it's troubling for FAA regulators. Last December, the FAA required all new owners of drones between 0.55 and 55 pounds to register their devices. But by early February, only 325,000 drones had been registered, indicating that a lot of unregistered drones are still airborne. An increased number of drones could also be hazardous to passenger aircraft.

$5.6 billion
Research firm Markets and Markets estimates that the global drone market will grow at a compound annual growth rate of 32% between 2015 and 2020 into a $5.6 billion industry. The firm estimates that among applications, precision agricultural drones will enjoy the highest demand with a CAGR of 42% during that period. Other popular applications will include law enforcement, media production, retail, inspection, mapping services, and education.

In terms of geographic growth, the firm estimates that demand for drones will be the strongest in the Asia-Pacific region, which could post a CAGR of 38% between 2015 and 2020. The top players in this market are Chinese drone maker DJI Innovations, French company Parrot, and American firms 3D Robotics and PrecisionHawk.

$10 billion
Out of those four companies, DJI is the biggest. Last May, it was valued at $10 billion -- nearly six times the current market cap of GoPro (GPRO -1.65%), which will launch its first drone later this year. DJI previously forecast that its sales would double from $500 million in 2014 to $1 billion in 2015.

By comparison, GoPro revenue is expected to fall 15% to $1.4 billion this year unless its new drone and flagship cameras can generate fresh sales growth. GoPro could find it tough to compete against DJI, which has a three-year head start in drones and recently started opening brick-and-mortar flagship stores in Asia.

DJI currently buys image processing chips from Ambarella, which also supplies SoCs for GoPro action cameras. Ambarella hopes that drone-based SoCs, which account for about 10% of its sales, will help it diversify away from the sluggish action camera market. However, mobile chip giant Qualcomm has been expanding into that market with its own offerings and a reference design called Snapdragon Flight. Recent rumors suggest that Qualcomm is trying to pull DJI and GoPro away from Ambarella.

Intel is offering its own drone designs, powered by its Atom chips and RealSense depth-sensing cameras, as a potential solution for autonomous flights. That expansion complements its push into the Internet of Things market, which connects wearables, appliances, vehicles, and other objects to the cloud. 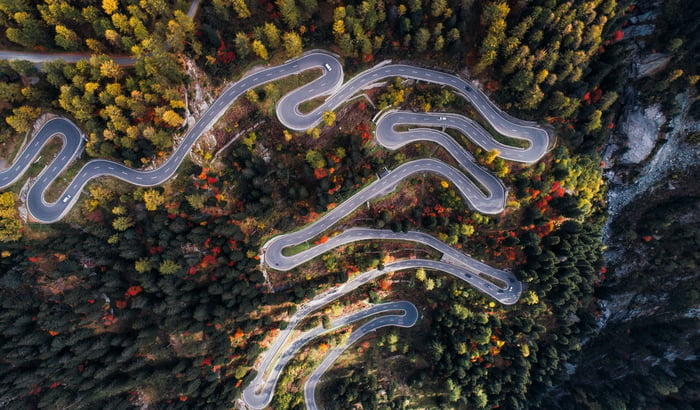 Meanwhile, NVIDIA is relying on the drone and connected car markets to boost sales of its Tegra processors, which were marginalized by Qualcomm in the mobile market. Last year, NVIDIA released the Manifold, a Tegra K1-powered embedded Linux computer for DJI's high-end Matrice 100 drone. That move suggests that NVIDIA's Tegra processors could be installed in more onboard navigation systems in advanced drones.

Those numbers will probably change
The drone market is still a fledgling one, so these four numbers will change as the market develops. More drones will likely be sold as new competitors enter the market, prices will fall, DJI's market value could keep rising, and one major chipmaker could push the others out of the market. Therefore, investors should keep a close eye on these figures with each passing quarter.