Please ensure Javascript is enabled for purposes of website accessibility
Log In Help Join The Motley Fool
Free Article Join Over 1 Million Premium Members And Get More In-Depth Stock Guidance and Research
By Tim Beyers - Mar 2, 2016 at 10:22AM

Does distribution matter more than content? Two entertainment titans face off to see which is the better stock to add to your portfolio right now. 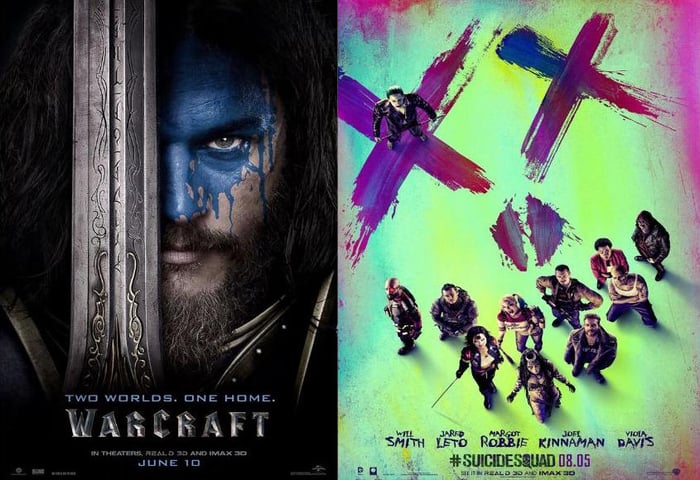 For both Comcast and Time Warner, minor properties such as Warcraft and Suicide Squad are important. Credit: Legendary and Universal Pictures and Time Warner and DC Entertainment.

Entertainment is a business in which profits tend to flow those who own the most pieces of a successful franchise. But even a good franchise can't get the play it needs without the help of a distribution network.

Which of these stocks is the better buy right now? Answering that question requires a closer look at the management, financial condition, and valuation of each company. Shall we dig in?

Content or distribution? The tale of the tape ...
You may notice that there are huge disparities in some areas. That's to be expected. Only half of Comcast compares to Warner's content and licensing operations. The other half is better compared to Time Warner Cable (NYSE: TWC). Nevertheless, if we're going to choose, it's important to get a clear understanding of the financial picture for both candidates:

Now that we have the numbers it's time to draw some conclusions, which we can organize into three key areas:

Finally, let's not forget the stock action, since winners tend to keep on winning: 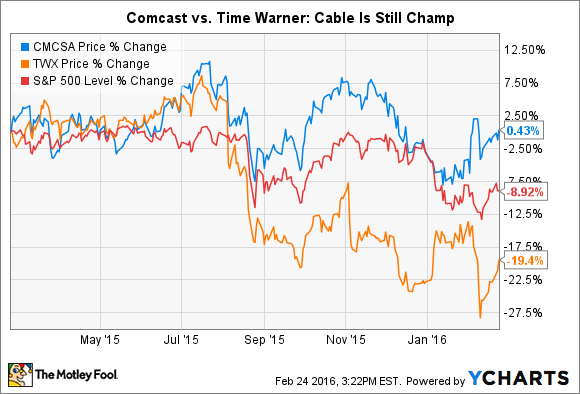 And the better buy is ...
Comcast's stock has performed well in an admittedly choppy market. That counts for something when you look at history. And yet, to me, Warner looks like the better buy when you consider its valuation and market position.

Mix in a potentially explosive box office performance for Batman v. Superman: Dawn of Justice and I'd expect Time Warner stock to be a sound market beater over the next year, and perhaps well beyond.