Chatter has surfaced recently of a potential IPO on the Saudi stock exchange for the Saudi Arabian Oil Co., the state-owned company better known as Aramco. In January, Aramco discussed the potential for an IPO, which has many in the banking industry salivating at the opportunity. With oil reserves more than 10 times than that of ExxonMobil (NYSE:XOM), Aramco could have a market cap measured in trillions of dollars.

Aramco's IPO plan, if it happens, appears to be inspired by an agenda to take out the marginal producers of oil and gas in the U.S. shale plays. With Aramco putting itself up for sale at such low prices, it implies that they're having a difficult time making money or they expect not to make money for some time. This might be great for Saudi Arabia, but it's not necessarily great for investors when state-owned companies make decisions that put the company at risk.

The perils of investing in state-run oil companies
State-owned companies are notorious for political interference, corruption, bad hiring and under-investment.

Petrobras (NYSE:PBR) may be a perfect example of the mismanagement caused by state-owned businesses. Over the past 10 years, investors in Petrobras have seen shares decline almost 90% amid the decline in oil and gas prices. Even scarier is the corruption and mismanagement scandal at this once iconic company. Politicians and lawmakers are fighting the company on how poorly management has run the company in recent years. Even famed short-seller Jim Chanos said the company is a "scheme, not a stock." Bottom line: Amid the slowdown in global economies, Petrobras has become the poster child on the perils of investing in state-owned companies. 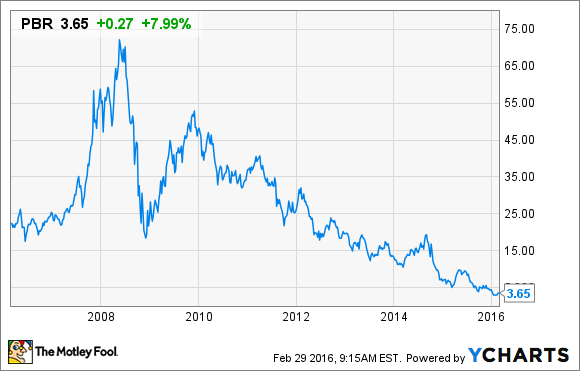 What about the successes?
Successful long-term investing in state owned companies are few and far between, but, of course, there have been winners. For example, Warren Buffett's investment in quasi-state owned  Petro China (NYSE:PTR) generated returns in excess of 600%. When he bought the stock at a $35 billion market cap, he thought the company was worth at least $100 billion after oil shot up from $30 to $75 per barrel in the early 2000s. 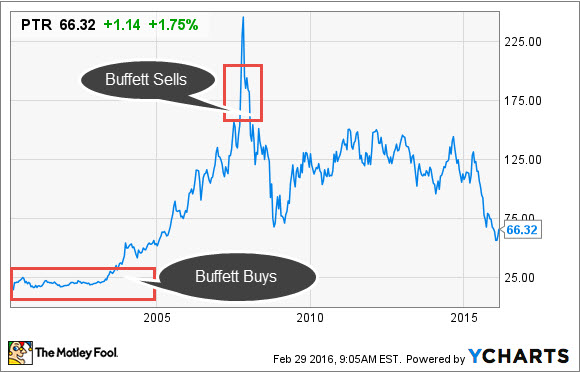 Barring a short-term opportunistic type investment, I think we've painted a fairly negative picture of investing in state-owned companies for the long haul.

Bottom line
As a general strategy, I'd stay away from most of the state owned oil companies. Many do not hold themselves accountable to shareholders, and between the carnage at Petrobras and Buffett's success with PetroChina they seem to be, at best, a mixed bag.

Ultimately, the potential Aramco IPO is part of the bottoming process in commodity markets. Countries don't just seek equity stakes in their massively profitable state-owned companies for fun. The Saudis are losing billions of dollars, and that number could climb into the trillions. Recent estimates have Saudi Arabia running out of cash in 5 years and the country needs oil around $106 to balance it's budget.  .

The question is, how long will the Saudis be able to hold out? My guess is we're getting closer to the end. Essentially, they're selling a part of their business at multi-year lows to keep the spigot running regardless of the fundamentals and profitability. That's never a good sign, and I don't think it will last because of the government's social obligations to the country. Something will have to give.