As the Internet of Things enjoys rapid growth, these companies will be tackling the most pressing issues for this technology.

The Internet of Things (IoT), which connects everyday objects, wearables, appliances, and vehicles to the cloud, is a hot tech topic these days. That's why research firm Gartner recently released a list of its top ten IoT technologies for 2017 and 2018. 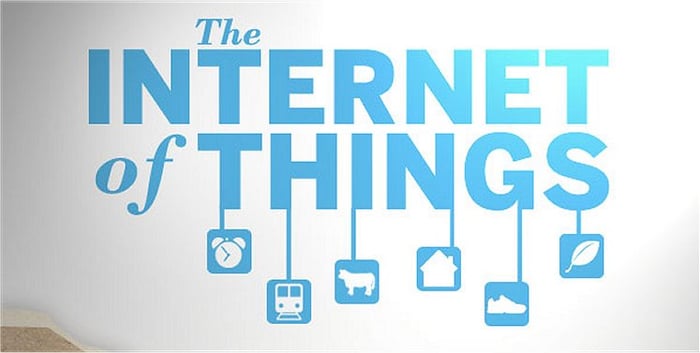 While that list includes some interesting predictions regarding the industry, it doesn't mention any specific companies for investors to follow. So in this article, I'll categorize most of Gartner's listed IoT technologies into four specific markets and discuss the main companies investors should follow.

The two key players to watch in this space are Intel (INTC 0.07%) and Qualcomm (QCOM -0.81%), which respectively lead the Open Internet Consortium (OIC) and the AllSeen Alliance. These two organizations aim to establish "universal" communications standards between IoT device manufacturers -- but the two standards are ironically incompatible with one another.

Intel and Qualcomm are both trying to leverage their leading positions in PC and mobile chips, respectively, to tether more IoT device makers to their ecosystems. Unless the "IoT standards war" between the two consortium concludes with a clear winner, consumers could accidentally buy smart home devices which aren't actually compatible with each other.

2. IoT processors
Intel and Qualcomm are both producing IoT processors to diversify away from their core chip businesses. Intel formed a dedicated IoT unit for these low-power modules in 2013, and its revenue rose 7% annually to $2.3 billion in 2015. Intel attributed that growth to rising demand for IoT chips for retail, transportation, and video.

Qualcomm acquired IoT chipmaker CSR for $2.4 billion last year to diversify into connected cameras, drones, and cars. Qualcomm doesn't disclose how many IoT chips it has sold each quarter, but it claimed to have sold $1 billion of IoT chips in 2014. The acquisition of CSR, which closed last August, should boost that figure considerably.

3. IoT analytics
Increased sales of IoT processors and the expansion of IoT ecosystems fuel market growth in IoT analytics, which organize the information gathered from those devices into actionable data. Two key companies to watch in this field are networking giant Cisco (CSCO -0.47%) and Amazon (AMZN -0.80%).

Cisco, one of the largest networking equipment companies in the world, started integrating analytics services into its hardware in 2014 through its "Connected Analytics for the Internet of Everything" initiative. Since then, the company has acquired numerous cloud and IoT companies to bolster that effort. In February, Cisco announced its intent to acquire Jasper Technologies, a leading IoT service platform for businesses and service providers.

Amazon owns AWS (Amazon Web Services), the largest cloud-based platform as a service in the world. AWS is generally known for hosting websites and data, but the company has been aggressively adding new analytics services for businesses. One such service is AWS for IoT, a new platform which enables Amazon to collect and analyze data from IoT devices for a fee.

4. IoT security services
If the idea of everyday objects gathering information from you and sending it back to companies makes you uneasy, you're not alone. Last year, a study from the Altimeter Group revealed that 58% of respondents felt uncomfortable with companies selling their personal data gathered from wearable devices, homes, and public spaces. Meanwhile, widespread reports of connected cars and smart homes being hacked have caused concerns that the IoT could become a "hacker's paradise".

That's why security is frequently cited as a top priority in the expansion of the Internet of Things. Two top names to watch in this field are ARM and Intel.

ARM owns its own real-time operating system (RTOS) for IoT devices called mBed. To strengthen mBed's security, ARM first acquired security firms Offspark and Sansa Security, then signed a cloud-based security and analytics partnership with IBM. Intel also has its own RTOS, VxWorks, which runs on both x86 and ARM-based processors. Intel bundles the OS and security solutions it gained from McAfee in a management system called Wind River Edge for industry-specific IoT solutions.

The key takeaway
Intel estimates that the number of connected devices worldwide will surge from 15 billion in 2015 to 200 billion in 2020. That comes out to about 26 smart devices gathering data from every person in the world. Intel's optimistic forecast could certainly be tripped up by issues with conflicting standards, privacy, and security, but investors should still keep an eye on these key companies as the overall market expands.